As part of a series looking into the past of our city, I uncover the history behind one of Bristol's most iconic landmarks.

In the village of Long Ashton, just across Clifton Suspension Bridge, lies Ashton Court Estate. The Estate contains around 850 acres of beautiful woodland and a grade one listed mansion house, notable for its unusual yellow colour. Once owned by the Smyth family and now under the ownership of Bristol City Council, the mansion house is run by the arts charity Artspace Lifespace.

Whilst the mansion has been redeveloped and reshaped multiple times throughout its history, Ashton Court Estate has been the site of a manor house since the 11th century and there are still medieval age trees in the park today. The estate is referenced in the Domesday Book as ‘a wealthy estate owned by the Bishop of Coutances’, perhaps given to him by William the Conqueror. 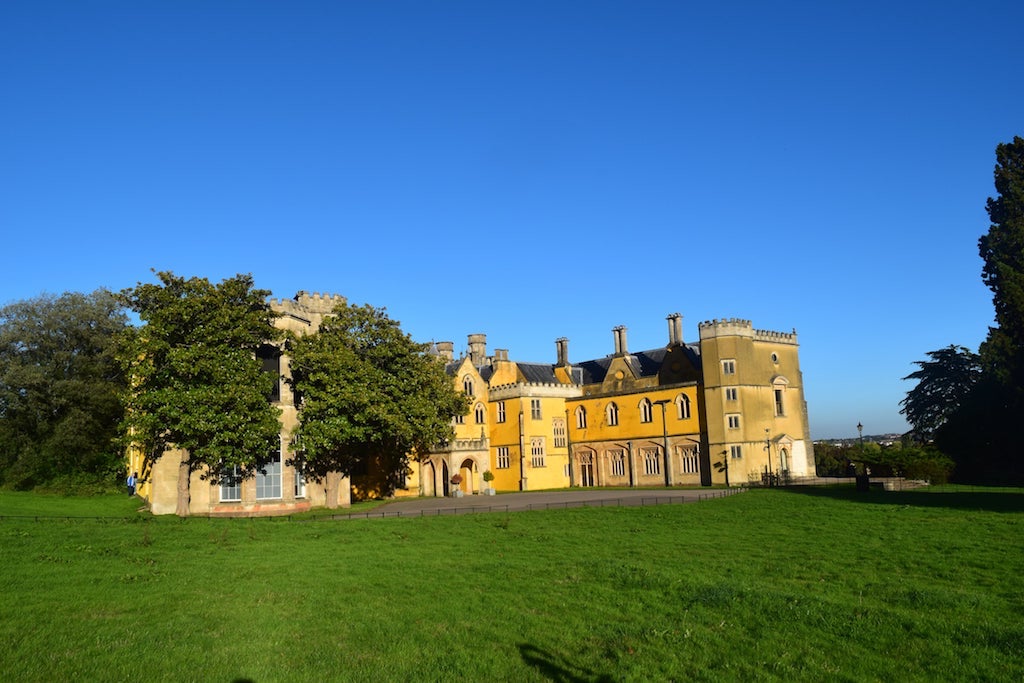 In 1627, MP and lawyer, Thomas Smyth succeeded to Ashton Court and carried out refurbishments to the gardens and grounds. The Smyth family were prosperous Bristol merchants in the Tudor period and Thomas appeared to have been a well-liked character, often referred to as ‘good Tom’ or ‘honest Tom’.

Senior Research Fellow at the University of the West of England and Honorary Professor in the Department of Historical Studies at Bristol University, Professor Madge Dresser, has carried out an important investigation into the role of slavery in the history of West Country Houses and used Ashton Court as a case study. In Professor Dresser’s investigation, she explains how the marriage settlement in 1757 of John Hugh Smyth to the Jamaican heiress Rebecca Woolnough, which included the Spring Plantation in Jamaica, substantially improved the fortunes of the Smyth family. The Spring Plantation was large sugar and rum plantation in Jamaica which used enslaved people as workers.

Research suggests that the Smyth family’s connection to slavery began long before this marriage. Sir Hugh Smyth’s father, Jarrit, was also a member of the Bristol Society of Merchant Venturers who lobbied on behalf of Bristol participants in the African, American and West Indian slave trades. 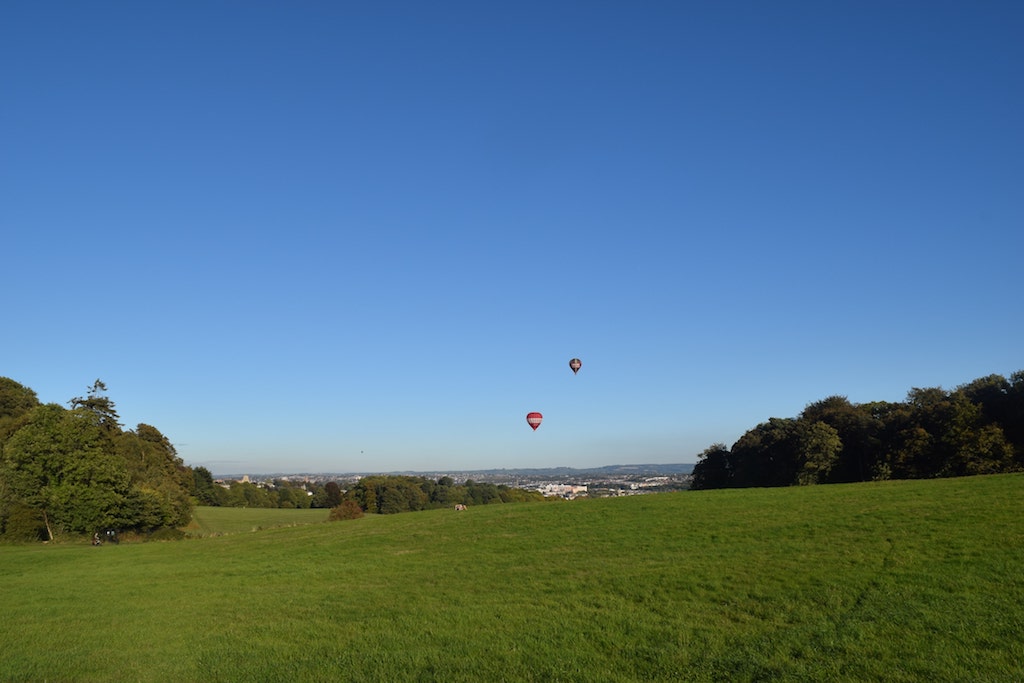 Professor Dresser’s investigation goes on to state that a portrait, recently purchased by Bristol city’s Museum Service, of a young aristocratic girl and her African servant could suggest that the slavery connection goes as far back Thomas Smyth. The girl was originally thought to have been Arabella Astry, the early 18th century heiress, but it is now thought that the girl was probably Florence Smyth, the second daughter of Thomas Smyth.

This would suggest that connection between the Smyths, long thought of as a mercantile family, and the African trade might stretch back to the 1630s, before Bristol’s formal entry into the slave trade in 1698. This assertion is supported by the Astry family’s own associations with the Carribbean from the early 17th century.

The renowned 18th century landscape designer Humphry Repton, whose designs include Blaise Castle and alterations to Kensington Gardens, had great influence in the refurbishments of the grounds and gardens. In 1852, Sir Greville Smyth, a keen horticulturalist, introduced a large range of new plants including species from America and China and built a now-demolished indoor Winter Garden.

Ashton Court Estate was used as a military hospital in the First World War and in the Second World War it became, in turn, an army transit camp, RAF HQ and US Army Command HQ. 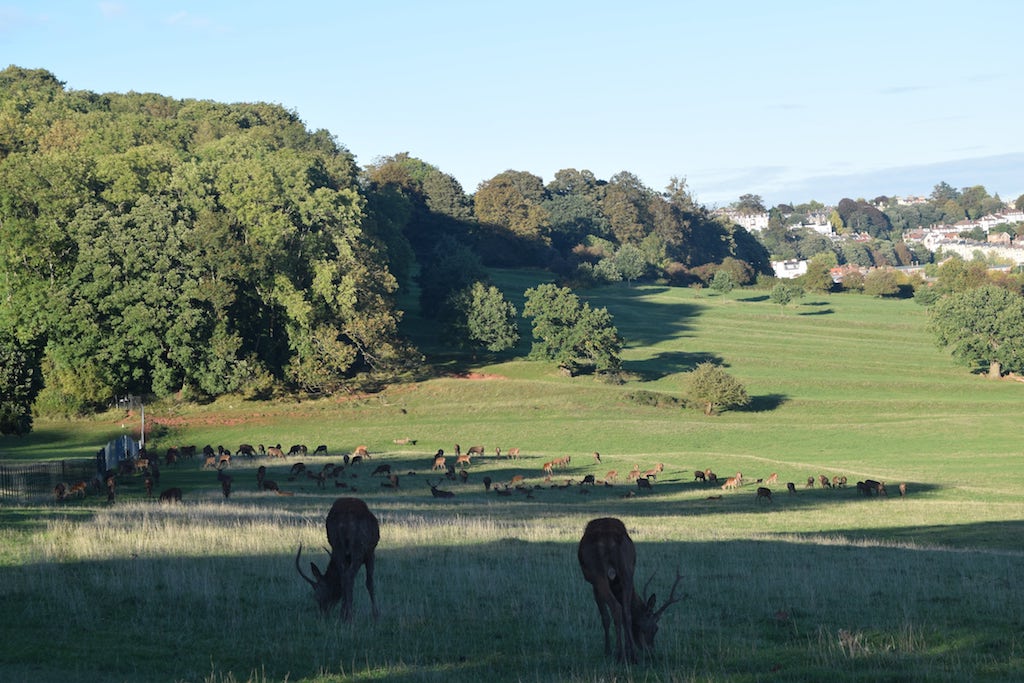 When the last residents of the mansion, Gilbert and Esme Smyth, died in 1940 and 1946 respectively, the house was left to their daughter Esme Francis Cavendish. She attempted to sell the house immediately in order to pay her parents’ death duties but failed to find a buyer. 13 years later, by which time the house was unoccupied and in a state of decay, the house was sold to Bristol City Council.

The northern wing of the house was damaged in a fire during the summer of 2013. Avon Fire and Rescue were widely praised for containing the fire to just two rooms and saved the mansion from being completely gutted.

In May 2018, Artspace Lifespace were given a five year lease to run the property with a vision to create an ‘inclusive multi-use arts venue, facilitating art, theatre, performance and community activities’. Whilst tours of the property are not currently available, admission to the grounds and gardens is free and there are a variety of art exhibitions on display in the mansion throughout the year.

The Estate is now the site for the annual Bristol International Balloon Fiesta. The gardens and grounds are open all week from 8am until evening and the mansion is open from 11am to 4pm from Wednesday to Sunday.

Have you visited Ashton Court Estate? Let us know.

What have the arts got to do with Freshers’ Week?

The Loovre - taking the piss?