For its Edinburgh Fringe run, The Isle of Muck team have chosen a venue as quirky and off-beat as themselves. As we descend the stone stairs of the Gothic revival Parish church, I can’t help but wonder what I’ve got myself into. There’s probably a joke to be made about the irreverent play & its holier-than-thou setting, but I’ll leave the comedy up to the cast and crew. And, as this performance proves, they’re certainly able to handle it.

Isle of Muck thrives in its weirdness; the dialogue is snappy and thoughtful, the characters are weirdly wonderful and the story meanders somewhere between. Filing into the **space, the audience are greeted by three actors already on-stage, not interacting but certainly not still. They wait, appearing bored and antsy, pacing the floor and looking around. We’re left to anticipate what they’re anticipating, and the tension grows until the scene starts.

We're going to introduce our colourful characters through memes! First up, Kissy-Kate [played by Suzanne Stanislawski]! Her personal internet addiction is vlogging- “This is Kissy-Kate. Like, follow, subscribe” #bluetoothkevintheatre #greensidefamily #edinburghfringe pic.twitter.com/s1ibXeubCp

It’s then revealed that these 3 are a family, albeit dysfunctional: Maisie, the near-mute protagonist, her no-nonsense mother and all-nonsense dad. They’re here to drop her off at a rehabilitation centre for internet addicts. Her crime? A “meme empire” that has left her detached, antisocial and unable to recognise her own brother. It’s as unusual and brilliant as it sounds.

"we’re left to anticipate what they’re anticipating, and the tension grows"

Isle of Muck’s greatest strength is its characters. Their quirks and qualms bolster the play, making every scene a delight to watch, and, aided by the many transitions (perhaps a few too many), set a quick pace that means the audience is never bored. Kevin is blustery, over-the-top and ridiculous, but ultimately an extremely tragic character. He’s a product of his wife’s disdain and a parody of the hyper masculinity of businessmen. Kissy Kate was another very interesting and topical character. A somewhat demented YouTuber who falls into That’s-So-Raven-esque episodes where she recommends top tips to her “viewers” only to return to her normal self. Of all the internet addictions, this felt the most real and timely.

Leopold [played by Charlie Wright] is 13 years old. He was caught trading guns on the 'dark web'; really misses his Mum. pic.twitter.com/pk3T6CRQe7

Maisie and January stand out as particularly well-crafted and well-acted parts. They may contrast each other entirely but ultimately they both struggle to communicate and connect with those around them - Maisie being a subdued recluse who hardly talks and January being an eccentric ex-playboy who needs cue cards to interact normally. The other characters left much to be desired, not so much characters as half-cooked caricatures. There’s something interesting in Maisie‘s comparison of pre-teen tech genius Leopold with her younger brother and I wish it was developed a lot more.

That seems to be the running theme of The Isle of Muck. A lack of development, of both story and characters. The play would massively benefit by being longer and fleshing out more characters. The ending was abrupt and felt unfinished. There’s a time jump that doesn’t really serve the plot or characters. I expected the play to carry on, and was surprised at the blackout. If anything a clunky side plot about an unseen brother as a dirty politician, threatening to close the island down, did nothing besides weigh down the piece. Additionally I lamented the large stage which, coupled with the absence of a set, did at times dwarf the action. For larger-than-life characters, they struggle to fill the space.

Overall, it’s a very fun time. I don’t want to spoil anything about the dance sequence near the end of the play, but that alone is worth the price of admission. My mouth dropped open and the audience erupted in laughter around me. We love a good Black Mirror-type show about the dangers of technology, but as integral as the internet is nowadays, it’s easy to forget that it’s still a relatively new invention.

"we’ve only just started to consider internet addiction a real thing, and it’s refreshing to see a piece tackle that"

We’ve only just started to consider internet addiction a real thing, and it’s refreshing to see a piece tackle that. The rehab centre is isolated on a tiny Scottish island (the eponymous Muck) and run by a veritable madman. The characters are over-exaggerated and the humour is eccentric. Slowly but surely the reality of the play becomes the normalised reality of the audience. We learn to love these people and their craziness - possibly because we recognise a bit of ourselves in them.

What are your thoughts on The Isle of Muck? Let us know in the comments below or on social media. 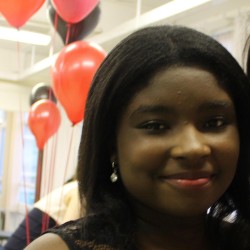 The World Cup: in review