Passion and power were on display as the Bristol Suspensions received multiple standing ovations for their performance at 1532.

The Suspensions are a 16 piece a cappella group compiled of University of Bristol students from all years, who, since their formation in 2014 have gone from strength to strength. In this year’s International Championship of Collegiate A Cappella (the competition from Pitch Perfect) they came second in the UK final and won awards for Outstanding Choreography, Arrangement and Vocal Percussion. They’ve also toured the North West USA and can count themselves among the top 12 collegiate a cappella groups in the world. 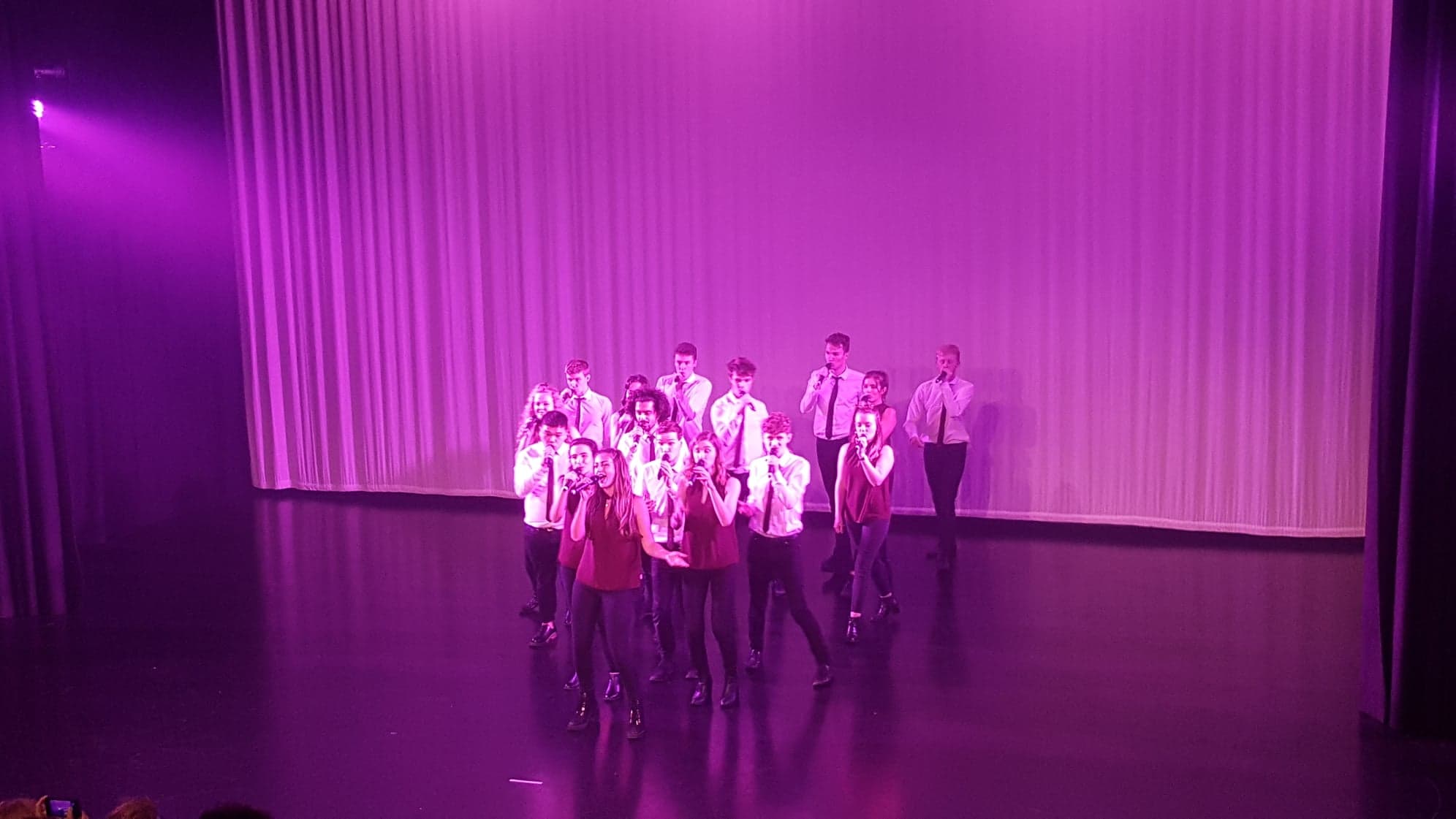 As a relative stranger to a cappella I went in with few expectations but just on reputation knew the Bristol Suspensions were at the top of the game. They didn’t disappoint. The singing was exquisite, choreography was on point, and even the filling jokes weren’t that bad either.

The emphasis on the group as a whole is always on display with everyone playing a vital role during songs with everyone getting a chance at a solo part as well. Whether it’s stylish beatboxing, I well-timed low not or just the sheer power of a voice, the individual talents of each member were perfectly utilised.

Songs were sung from the vast repertoire of Little Mix, Foo Fighters, Ed Sheeran, Michael Jackson and many more. There was something for everyone.

I was also impressed by the fact that songs were sung which I’d never heard or might be considered lesser known. It pays testament to the Suspensions that they made them all work and well deserved each of their standing ovations for their final two songs ‘I Will Survive’ and ‘Uptown Funk’ with calls for ‘One more song!’.

There were tears from some members of the group, eight of whom are leaving at the end of the year. They performed their own rendition of ‘She’s Out of My Life’ and the emotions were clear.

The show was opened by another Bristol based group called Academy who performed a range of Ed Sheeran songs among others and set a good atmosphere for the evening with laughs and cheers from the audience. They were followed by the local Rock Choir group who performed the likes of ‘California Dreamin’’ and ‘Hallelujah’ and encouraged some strong audience participation. 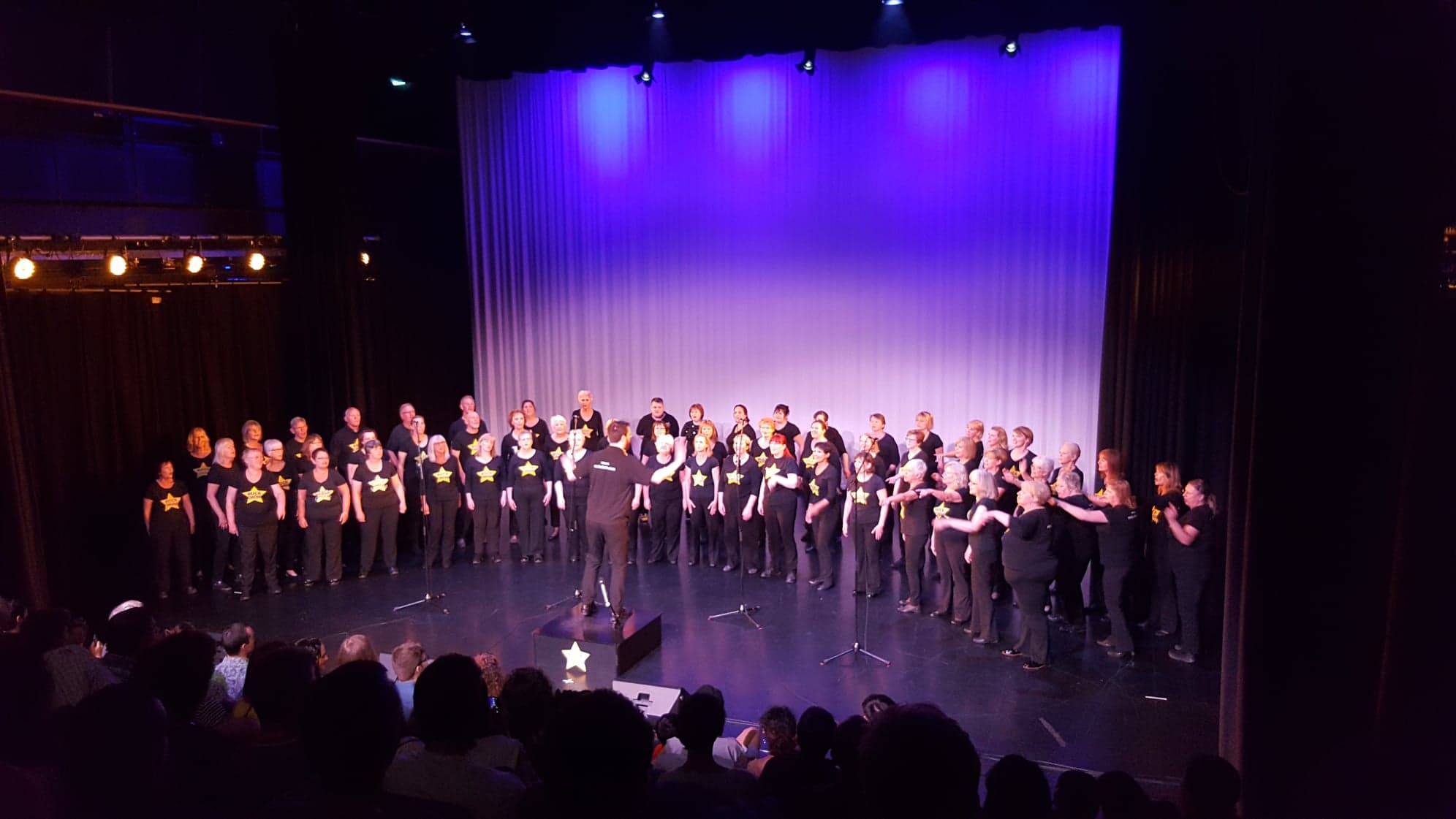 The audience were engaged throughout the evening, frequently clapping along and whooping their approval which provided a great atmosphere and clearly gave all the acts greater confidence in their performances.

It was also an especially warm evening so credit goes to all the groups for being able to perform in the heat of the stage.

The interval between the two starting acts and the Suspensions was well-placed; giving the audience time to rest and appreciate the music even more.

Whilst the Suspensions, for whom this rating is for, were clearly the best on display with top-notch singing quality and choreography, both Academy and the Rock Choir gave powerful and wholesome performances that would have inspired many in the audience.

I wish Academy the best as they head to the Fringe and the Bristol Suspensions greater success as they also prepare for the trip to Edinburgh and in releasing their upcoming music video; I can’t wait to see them again.

PREVIOUS
one sidebarartscarouselfeatured top
May 06, 2018

NEXT
one sidebarcarouselfeaturesfeatured top
May 07, 2018

A tale of the city: the homeless at night