Cameron Scheijde reviews the start of Bristol Revunions' Comedy Festival: a night of sketch comedy with the Cambridge Footlights and Leeds Tealights.

Is sketch comedy past its sell-by date? Not according to the Bristol Revunions in their triumphant start to the comedy society's 10th anniversary celebrations. "Revs and Friends" was a cracking night of tasteful and clever wit, generally well paced and fantastically brought together.

Joining Bristol's society were Leeds' Tealights and the Cambridge Footlights, a society that is no stranger to rave reviews and stealing the spotlight. It was, however, the Revs that stole the night with their brilliant, albeit long, collection of sketches. 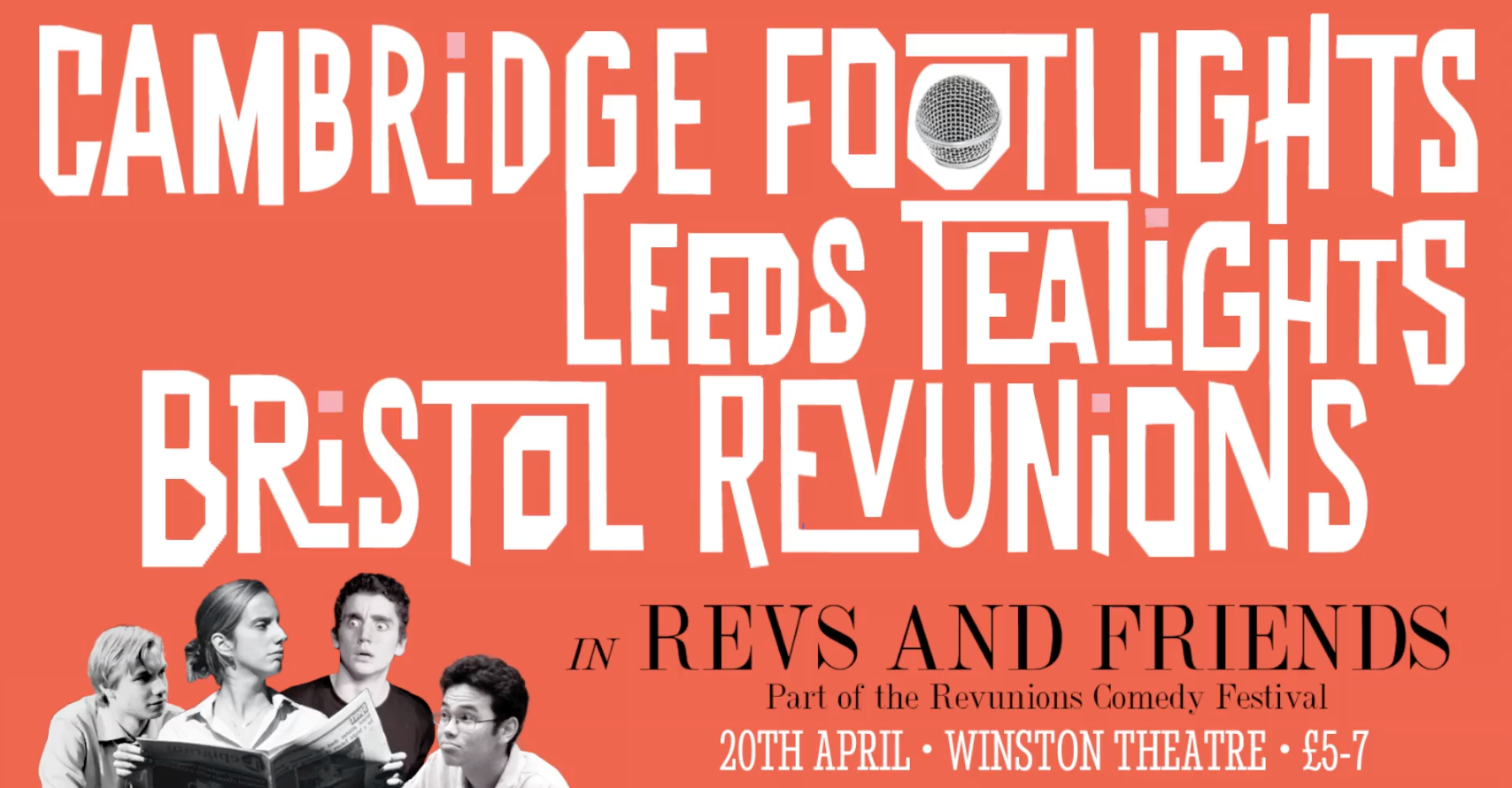 The compere for the evening was Rob Cooper, who introduced the show with a brief stand up routine, which was funny though I couldn't help but be distracted by how he man-handled the mic stand - but this being a small distraction, it didn't detract from Cooper's dry wit that accompanied the performance perfectly.

The opening society, Leeds Tealights, performed some brilliant sketches, though unlike their counterparts from Bristol and Cambridge, each sketch seemed to last a little too long and there was little variety in pace. However, their elephant sketch, with some truly superb lip syncing and comic timing, was one of my favourite sketches of the evening. Whilst their set seemed less cohesive than the other performers, their standout moments served as a good warm-up into the world of sketch comedy.

Footlights come with a name and a reputation, and they certainly lived up to expectations. Despite being only a three person team, their variety of pace (some sketches lasted just one line) was excellent. In one sketch, one of the performers played a washed-up poet delivering a reading with all the pretentious aplomb you would expect. He delivered the monologue with style and skill and well and truly set the bar high for Revs when they emerged after the interval.

Despite timekeeping through the entire show either lacking or simply not there, the Revs, made up of Jack Butler, Ted Milligan, Eleanor Harris and James Trickey, did eventually emerge to deliver their set - and they were magnificent. It seemed they had rigged the evening to perfectly build up to their turn on the Winston stage. There were recurring sketches, themes that ran throughout, good variety in humour, pacing and style and some superb individual performances.

"Every joke was delivered perfectly to a very receptive audience"

Highlights included a short-term loan ad that came back again and again, only to culminate in the longest run up to a punch line I've heard, which had the audience in stiches. In another almost silent sketch, two characters cross the stage, handing two items to a guy called Terry: a bar of dairy milk, and an orange. After that, a scene that included some excellent robot dancing from Butler - though I suspect that sketch was written simply to showcase his talent. Every joke was delivered perfectly to a very receptive audience, and there was a professionalism about Revs that showed them to be more than just a comedy club, but one to be taken seriously on the comedy scene.

Throughout, the variety in humour was very impressive. From clever and witty sketches including complex historical references to a sketch where the humour relied soley on the prevailing hilarity of poo jokes - Revs and Friends had it all. The show did drag a bit by the end, mainly due to the late start and long interval, but this did nothing to detract from the impressive talent of those on stage.

Accommodation costs to increase by 4% next year