"Stand and Deliver! Your money or your life!" Charlotte Ross gives her thoughts on an enjoyably quirky comedy.

When I sat down to watch Christopher Cutting’s Stand and Deliver, I was expecting a fun, action comedy 'fusing theatricality and flair with Tarantino-inspired action' as the brochure promised. And this is exactly what the Tobacco Tea Theatre Company delivered. Living up to its brief yet punchy blurb, Stand and Deliver provides a light-hearted and comic evening of entertainment filled with witty puns and slapstick comedy.

'a light-hearted and comic evening of entertainment'

The plot follows budding hitman Evelyn Bug (Jasmine Horn) in her quest to befriend the notorious Highwayman (Ashley Shiers), as they join forces to carry out the ‘heist of the century’: stealing a taxidermy lobster. Their grand plan is to take down the corrupt government, led by Augustus Standing (Joey Bartram) and his crony Horace Bluster (Gabriel Burke). The action is fast paced and the jokes rapid fire. But what truly brings the story to life are the personalities of the cast.

After our fantastic SOLD OUT show last night, #StandandDeliver has only two shows left @AlmaBristol. So make sure not to miss out on this hilarious new show and book a ticket now before they are all gone! #theatre #bristol #comedy pic.twitter.com/QpUuAR5lFp

The performance of Lily Garbutt, playing Lady Cheltenham as well as a host of other characters, brings another layer of physical comedy to the play. Interchanging between a snooty member of the aristocracy and a lowly servant, Garbutt displays an impressive range of accents and personas.

'a fun night of comedy not to be taken too seriously, but to be enjoyed for what it is'

The standout performance of the night was Jasmine Horn, who sauntered about the stage like a true mercenary. Her badass stunts were gloriously over the top, and the twinkle in her eye really warmed the audience to her character. Despite her multiple killings and casual backstabbing, she rapidly became everyone’s favourite hero.

Fantastic show tonight and sold out! So make sure to book those tickets. We have some left for both Friday and Saturday. #Bristol #newwriting #edfringe #Theatre #StandandDeliver #Highwaymen pic.twitter.com/yfVzgfSKSX

Some may call the stage at the Alma Tavern cosy, others may call it cramped, but this did not stop the cast from using every inch of space to their advantage. Only two props remained on the stage throughout: a table and chair, which were ingeniously repurposed as a carriage, a throne and a bar. The set shrunk into a prison cell one minute and expanded into a ballroom the next - Peter Taylor’s direction of the space is certainly to be admired here.

'the action is fast paced and the jokes rapid fire'

However, there were a few plot holes which were left unresolved, probably due to the play’s short duration of only an hour. Half way through we learn that Evelyn’s brother is imprisoned and waiting to be hanged, leading her to strike a deal with Augustus to free him. Yet by the end of the play his fate remains a mystery, and Evelyn seems to forget she even has a brother. This of course has nothing to do with the actors’ performances, but Cutting’s play may have benefited from an extra few scenes to tie up loose ends.

Stand and Deliver is ultimately a comedy play. There were endless funny lines (“that lobster chewed through my mother like a trifle” among my favourites) and snippets of dramatic music throughout. For me, however, the physical comedy triumphed. From a sword fight involving a lobster instead of a weapon, to the use of hobby-horses as steeds, the movements of the actors earned the most laughs. Stand and Deliver offers a fun night of comedy not to be taken too seriously, but to be enjoyed for what it is.

Did 'Stand and Deliver' deliver? Let us know in the comments below or on social media. 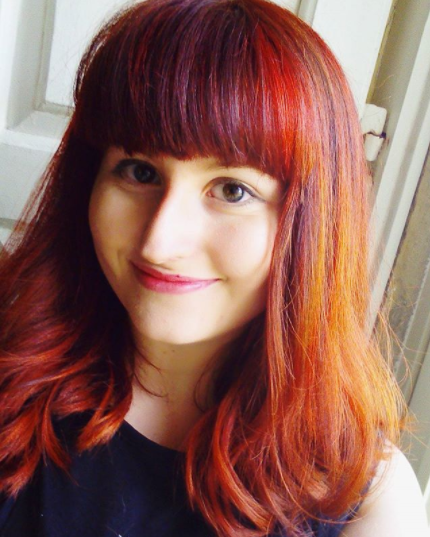