Album review: Skull / Thoughts of Others

Skull, a four-piece from Leeds has just released their debut album Thoughts of the Others. I'm not usually one for heavy metal, and when I took on this review, I was a little worried that I'd have trouble writing it (and in fact, I did, this is the second try).

I do feel that there are a lack of melodies and catchy songs - and those that are there don't stand out until the second or third listen.

However, Thoughts of the Others really surprised me; it's definitely not a classic, common, album. Yes, it is dense and rocky, but it is also full of exciting sounds and snippets of narration that I wasn't expecting; the track listing of this album is ingenious. The more I listened, the more I really got into it.

To me, it is less of an album and more of a drama, especially seen in the creative ‘Rumours' and ‘Masks' - more like a piece of art than a traditional album. Yet these interruptions between songs don't feel like they are interrupting at all, they fit right in, giving the album a real, raw vibe. This is further explored in ‘Colours'; 'Why do you go away, only to come back?' says Jonny in the almost creepily quiet break, his recurring cough throughout adding to the atmosphere.

‘Midnight Oil' is a jarring first track, with Jonny speaking over clashing chords; the words "Do I hide, or seek beyond this rebuke?" follow before immediately leading into the very relevant second track ‘Hide and Seek.' I really love the build up in the first twenty seconds of this one, before we hear a brief stripped down riff and then get back into it.

'Whispers' has a creepier kind of sound but is my favourite track. Definitely more melodic and slightly lighter than the others, the dirty guitars and edgy vocals really work well together. I particularly like the guitar solo in the last minute of the song. 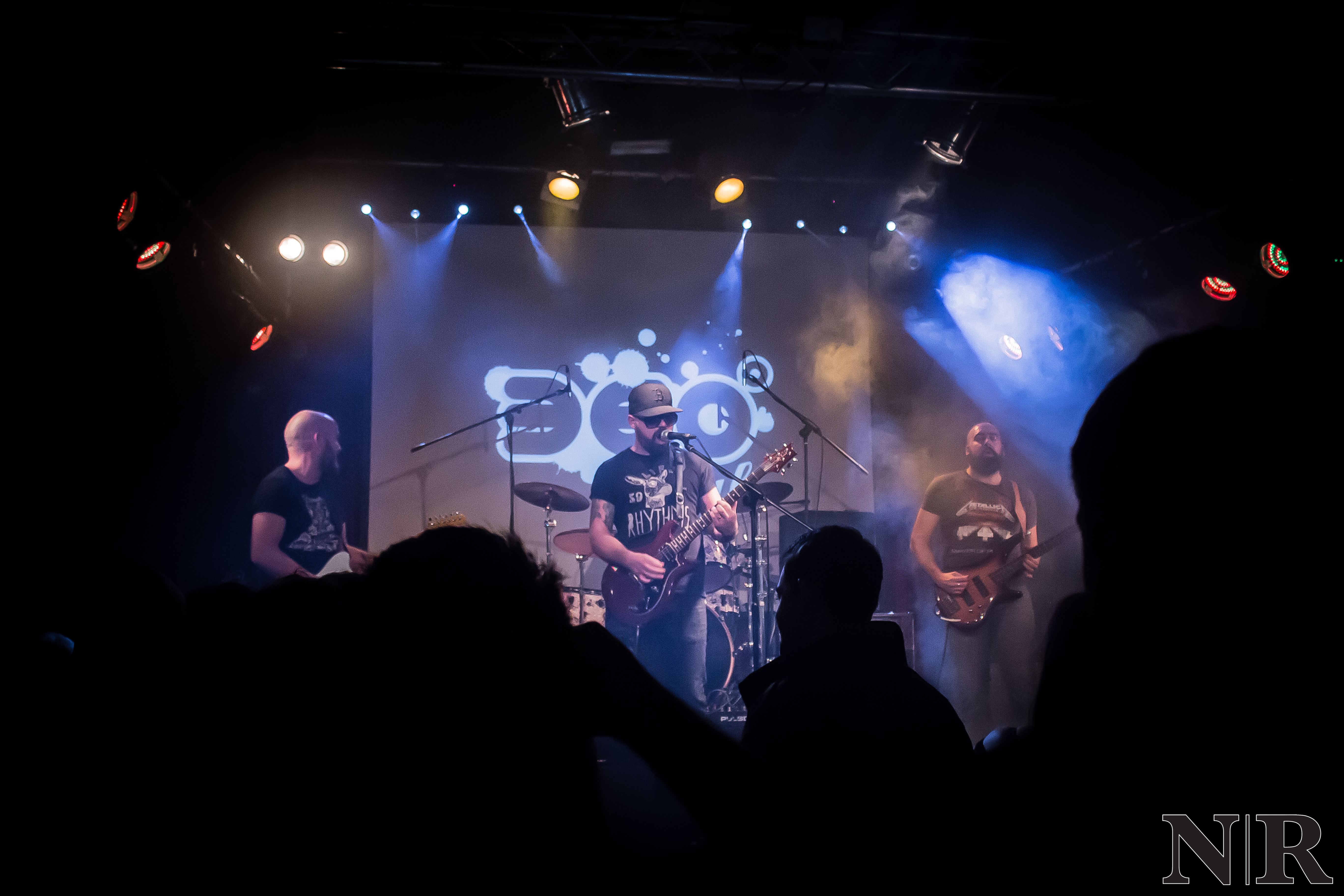 My favourite use of the instruments is in ‘A Whole,' a super intense track, both in vocals and endless guitars. I found my head bobbing, feet tapping, and the itch to get up and dance. One of the things I enjoy most about this album is that I can still dance to it, despite it's heavy sound.

However, I do feel that there are a lack of melodies and catchy songs - and those that are there don't stand out until the second or third listen. One exception to this is ‘Lightswitch', one of their two colossal singles, the other being ‘RPM.' ‘RPM' features a strong beat from Mark on drums before leading into a heavy, powerful mosh of guitars and vocals whereas ‘Lightswitch' has a very different feel to it - much more Arctic Monkeys-like. It opens with Jonny's strong, powerful vocals and goes on to a slow, heavy beat that carries on throughout.

One of the last tracks of the album, ‘Paean' really reels you back in if you've been drifting off a little (not that it's easy to drift off to this album at all). It has a more bluesy laid back feel, with a very catchy repeated guitar riff running underneath the vocals.

Overall it is a great energetic record that did surprise me. However, some songs were in need of a little more melody. My attention span started to wane a little towards the end. That said, full of desperate guitars and a crazy amount of intensity, this album is an 8/10. Also check out the video for their new single, Whispers. It's coming out soon!