Science fiction, from the books, to the writers and audiences, to the big screen has always been a bit of a boys’ club. A simple Google search gleans a whole list of recent science fiction films, of which only a few have big female parts, let alone female protagonists.

But times change, and they are changing. Once, science fiction blockbusters were full of damsels in distress, or silent, sexy women in skin-tight lycra. These women, arguably replaceable with cardboard cutouts, are being replaced with… actual characters.

With interesting female characters who don’t need to be held up by a man, and women who can exist in a universe without being a piece of decoration or a prize, women are being represented more and more within the genre. The change is expanding to actresses, female fans and creators alike, and it doesn’t take much digging to find a host of fantastic female characters who have blazed trails and broken glass ceilings to make way for a more equal future.

Sigourney Weaver is everything to me. Playing a part originally written for a male actor, Ripley is both capable and fearless in the Alien franchise films.

The second film, Aliens, boils down to a battle between two women, Ripley versus the Xenomorph queen. The female driven plot doesn’t concern itself with addressing the genders, it’s more preoccupied with the horror, action, and brilliant science fiction writing, regardless of whether men are involved. It’s hardly surprising that the Bechdel test, a good litmus for a film’s representation of women, was derived from this very franchise.

Everything goes wrong in the first film, Alien, when Ripley refuses to let her crew back on board for fear of contamination but is undermined, leading to (you guessed it) aliens. Really the moral of the story is listen to what Sigourney Weaver tells you to do or else you’ll have a xenomorph burst out of your chest.

She would abandon her crew to save the rest, does detonate the ship to kill the alien infestation, and continually risks her own life to ensure no contaminant is brought back to earth. If every character in sci-fi acted like her, with smart decisions and a flamethrower, then films would be a lot shorter.

Joss Whedon’s intention with Buffy was to take the average girl in horror and turn her on her head. The pretty blonde who runs outside in her underwear, trips and cries was handed a stake and trained in martial arts, then let loose on some vampires. Buffy's struggles also transcend the boundaries of the genre; of course she fights the fantastical enemies you would expect, but also the suffering of loved ones, interpersonal issues and finding herself.

Buffy is such a relatable character because she is not restricted to what the audience expects, turning all sorts of tropes around. In the final season, Buffy’s cause is passed onto some ‘slayerettes’, and in doing so to all of womenkind, allowing the glass ceilings that were broken to spread and fill the genre with more badass fighting women. 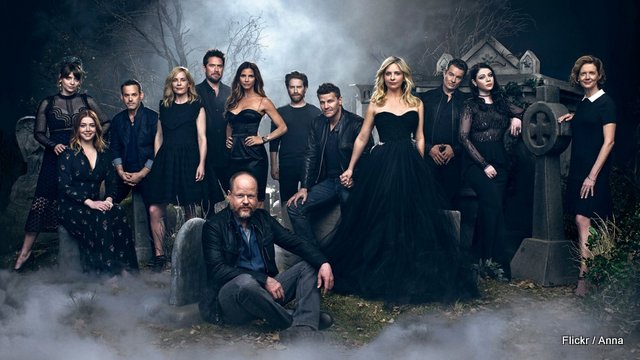 When The X-Files was conceived, Gillian Anderson’s character was originally written to be eye candy, but her great audition allowed the part to grow into a prolific piece of sci-fi. Against Mulder’s fantastical approach, Scully is the scientific, rational brains, always looking to investigate and understand. This turned traditional gender roles in sci-fi on their head, allowing a woman to be the scientific, brilliant one, becoming one half of arguably the best pair in science fiction on the small screen.

There’s a reason that Martin Luther King Jr only allowed his children to stay up late for one show. Lieutenant Uhura in Star Trek was an incredible break in the representation of women of colour in science fiction.

Inspiring a generation of young women, suddenly the star ship Enterprise showed a future in which they played an important part. She is intelligent, strong-willed, and holds rank and authority; all things that were missing at a time when women of colour were maids and exotic prizes, if they got any screen time at all.

When Battlestar Galactica had its reboot in 2004, Dirk Benedict’s trigger-happy, cigar-smoking, womanising character Starbuck was recast as a woman. At a time when women were still finding their feet in sci-fi, a classic series making such a change didn’t exactly glean the most positive response. Benedict himself wrote some very angry pieces on political correctness gone mad. A whole extra woman in a sci-fi show? Has feminism gone too far?

People thought it was a fair question: how could you take a man who sleeps around, is arrogant, reckless, a maverick, a blunt and brutal rogue, and translate that onto a female character? Simple, they just replaced man with woman, and made Starbuck just the same.

Joss Whedon’s 2002 series Firefly is full of wonderful women. Zoe is a capable warrior woman, with a keen disregard for rules and cool persona. River Tam is a child prodigy with a complex character of intelligence, psychic capabilities, combat prowess and mental trauma. Such complexity in character and the specific nature of the fighting, thinking women were practically unheard of in a science fiction series, yet Joss Whedon used his platform to bring to the forefront a whole plethora.

Inara, a Companion, has a job lying somewhere in the realm of an escort, and yet is dignified and compassionate. The show does not shy away from her profession nor people’s reactions to it, instead allowing her to be a strong willed, intelligent character as well as a mistress. The subplot of the captain’s interest in her is explored, reciprocated, but not acted upon, giving the sexualised woman in sci-fi control over her own body and actions while not having to hide either.

To focus on Kaylee, she is fantastic. A mechanic with no formal training, she’s naturally gifted with the workings of the ship. She is also wholesome and lovely to the upmost. She stands as an excellent example of how a strong woman doesn’t have to erase the feminine aspects of her personality. She can be clever and gifted, but also sweet and girly. While there’s nothing wrong with a strong masculine woman, as most of the women on this list are, it’s lovely to see that femininity can still be celebrated.

In the male dominated post-WW2 world, Agent Carter breaks stereotypes that the MCU has struggled with. As a non-superhero, female led enterprise, the series took risks in mixing things up, but was rewarded with one of the best loved current female science fiction stars.

Her loss of Captain America isn’t something that holds her back, rather a tragedy that she can use to inspire her to move forwards and stay true to her ideals. In a genre that relies on women too heavily to be ‘women in refrigerators’ (they die or suffer to inspire the main male character, that’s their whole use), it’s a pleasant switch up of the norm.

The lead woman is simultaneously intelligent, badass, sneaky, and dedicated to her job, as well as loving. She combats any dismissal of her talents by being excellent, celebrating an attitude of meritocracy where agents who prove their worth on hard work and ability should be rewarded regardless of race or gender. As the MCU includes more and more strong women, Agent Carter is one of those leading the charge.

Ask swathes of sci-fi fans what their favourite franchise is, and the answer will probably be Star Wars. Gone are the gold bikinis of yesteryear, and in their place stands a new generation of independent, brilliant, story-driving women. Rey is strong with the force, doesn’t allow herself to be pushed around by the film's men, and goes it alone when her heart and cause needs her.

She also takes guidance from General Organa, who has dropped her damsel in distress attitude to lead the resistance. While the ‘political correctness gone mad’ crowd object to the surge of strong women and minorities in the franchise reboot, these characters are what are helping a new generation of young sci-fi fans find themselves within the genre.

Women are still underrepresented on the big and small screen. Unfortunately for strong women like Uhura, Wonder Woman and Black Widow, they are the only woman in their franchise, but this is something that can still improve. With the increasing equality being achieved in the fans and world around it, the media itself is taking a little while to catch up.

That being said, the number of strong women in science fiction increases with every new franchise, and as the children who grew up watching Princess Leia and Ripley start to make films of their own, the representation is only going to get better and better.

Who is your favourite female character in sci-fi?

Gender pay gap 21.1% at the University of Bristol