In February of 2017, Economics student, food enthusiast and entrepreneur Simmy Dhillon cooked up the first batch of ‘Rice n Spice’ in his University Hall kitchen. It was a move that would both dramatically alter his career and ambitions, resonating with students throughout Stoke Bishop and beyond.

Since then, Simmy has moved beyond his University Hall kitchen and grown his Rice n Spice Brand at a phenomenal rate. It has transformed from a simple Bristol-only delivery service into a fully fledged meal preparation business with a flourishing branch in his home town of Hitchin. There can be no question about the success and popularity of the meals – whilst in February of last year there was a single dish option - Jerk Chicken and Rice n Peas - currently, there are 588 potential meal combinations. 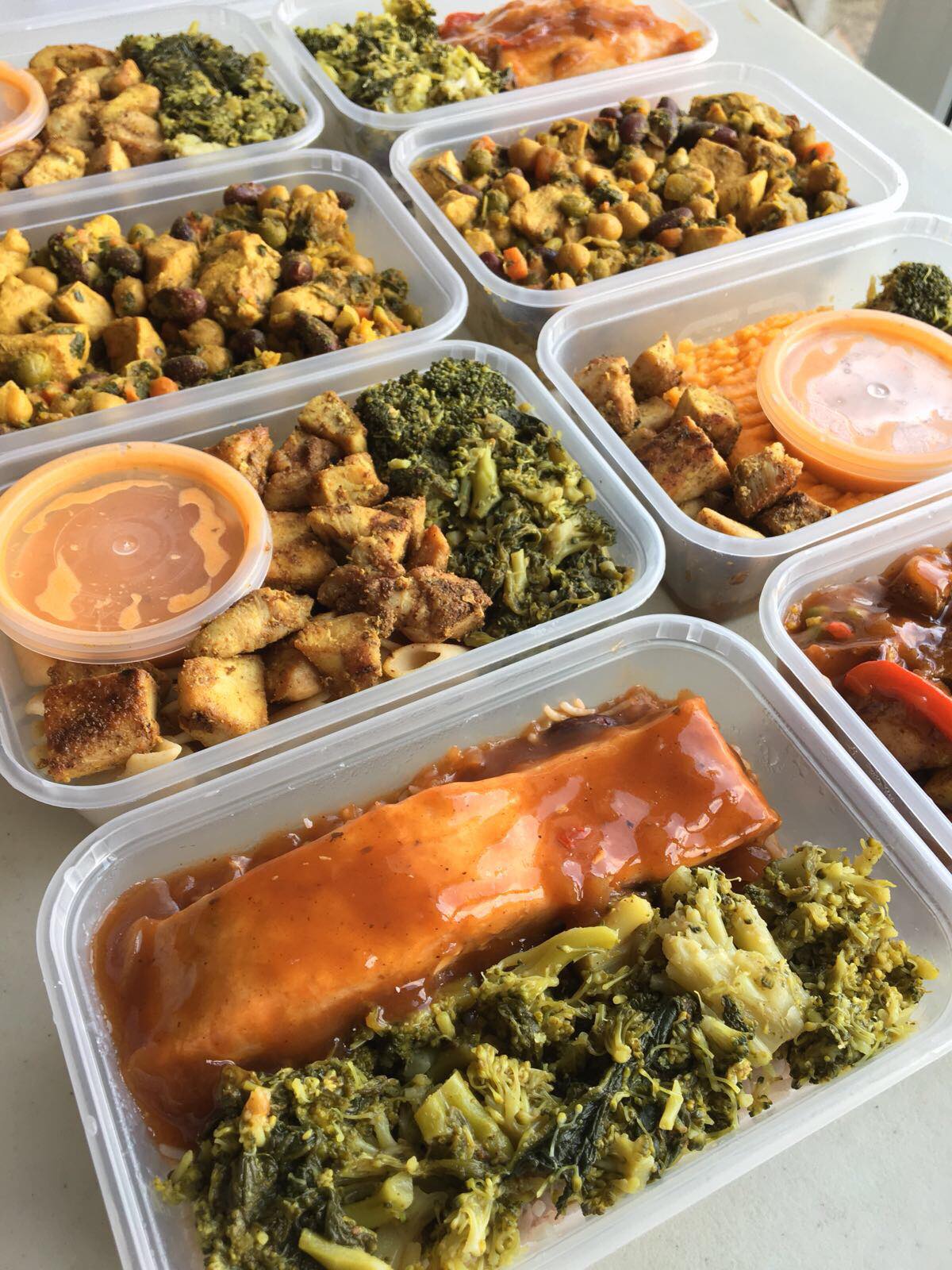 This astounding growth can be partly attributed to the power of social media marketing. Within a fortnight of his first delivered batch, a Rice n Spice Facebook page had been created and garnered over one thousand friends. Not dissimilar is the popularity of the Instagram account which currently boasts over five thousand followers.

It’s interesting that Simmy never allocated a marketing budget to grow his brand. He instead decided to utilise his connections in Bristol University Football Club to debut his dishes at the club’s Annual General Meeting. Wanting to gain a stronger foothold within the university community, in the Spring of last year he formed a partnership with University of Bristol Law Club.

General interest in the brand has attracted other student media organisations, for example the particularly positive Tab article written by Conrad Young in late March entitled ‘The student run food business taking Bristol by storm’. In the article it explains why Simmy wanted to set up a branch in his home town of Hitchin. After finishing first year, Simmy decided to dedicate his summer to establishing and growing the brand in Hitchin. His intentions were that once he returned to Bristol, he could entrust this branch to his brother, Jhai, who is also an accountant and semi-professional footballer.

Utilising Jhai’s contacts from his background as a professional footballer, the pair were able to set up the branch with a slightly different operational structure to the the original one in Bristol. The main difference between the two branches was the range of delivery – whilst in Bristol, Simmy was able to manage the deliveries himself as they mainly fell within the university halls and campus, in Hitchin the business operates within a larger ten mile radius and delivers weekly packages. Further, the clientele differs – whilst in Bristol the majority of Rice n Spice customers are students, in Hitchin they include athletes and working professionals as well as students. Indeed, Rice n Spice has catered for Premier League winners, Champions League winners, investment bankers, doctors and even the homeless - all of these people have featured on the social media feeds with the infamous Rice n Spice pose; a meal in one hand and a business card in the other.

The meal preparation aspect of Rice n Spice was brought from Hitchin to Bristol as Simmy returned for his second year of university - upgrading from his University Hall residence to a spot on Whiteladies Road and employing Rahul Gogna as Stoke Bishop distributor in October. Noticing that demand declined as term progressed and student finance was spent in the likes Mbargos and Lola’s, Simmy introduced an innovative solution. He offered a fifty meal option which would not only save students £50, but also ensure that they had meals in the impoverished dark of days of December. However, with meal prep taking off in Bristol and the mounting pressure of second year university, Rice n Spice made an important shift, stopping single deliveries and operating exclusively as a weekly package service.

I sat down with Simmy in the ASS cafe to hear his reflections on the first year of Rice n Spice, his plans for the future and some trivia for his fans.

What was the biggest challenge you faced during the first year of Rice n Spice?
‘People are creatures of habit and are often reluctant to change, so getting them to try their first meal can be difficult. Once they’ve tried it, they realise what they’ve been missing out on! In order to address this problem, we’ve introduced incentives such as £5 off first orders.’

What are you most proud of at the first anniversary of the business?
‘If we stopped business tomorrow, there would be a lot of upset clients. For many, Rice n Spice has become a part of their daily routine, saving them time and improving their health. I could never have imagined that would be the case a year ago. The demands of the business mean that I’m not able to go out as much as usual students. However, when I do go out, I’m often stopped by someone who wants to have an in-depth conversation about the business. In their drunken state, they sometimes highlight things that may otherwise be overlooked!

Also, I’m always touched when I hear my friends talking passionately about Rice n Spice; special mentions go out to Al Harlington, the first adopter of the fifty meal package and a top campus ambassador, and Tyrone Salami, my flatmate and trusted advisor! There are countless others as well.’

What are your plans for Rice n Spice’s second year and your third year of university?
‘Being an economics student, I have to think about efficiency and specialisation. Its always been in the back of my mind that to maximise what I want to do with the business and to grow it as much as possible, it’s inefficient to continue operations in Bristol. The medium-term vision is to focus on the Hitchin branch and grow the number of dedicated customers there.’

So, if that’s the medium-term plan then what’s the long-term plan for ten years and beyond?

‘I’ve got a number of ideas and, depending on how the next five years go, I’ll decide which one to pursue. Consumer trends change so often that it’s good to keep your options open. I’ll occasionally get asked what I’d do if people stop buying Rice n Spice, but I’m fortunate that food never goes out of fashion - we provide a great product at reasonable prices with excellent customer service and offer value in so many ways.’

What’s your favourite cuisine from around the world? (Apart from Rice n Spice, of course)
‘There’s no single cuisine I can pick out, but I love diverse flavours and value-for-calories. When I look at Caribbean cuisine, its the jerk chicken and rice I’m drawn to, from Latin America, the peri peri chicken, from Oriental food, the peanut chicken. Really, that’s what I’m trying to do with Rice n Spice - provide value-for-calories, optimal portion sizes and great flavour. A personal philosophy of mine is to not restrict myself to learning from a narrow range of sources, but to take the best aspects from a varied range.’

What’s your favourite Rice n Spice combination?
‘If I had to eat one every day for taste and health it would be peri chicken, swash and courgetti. Having said that, I love them all and fortunately they’re all healthy! If I could have a one-off meal right now, it would be peri salmon, peanut chicken, rice n peas, plantain, extra meat, veg - basically all the sides. If someone wanted to order that, it wouldn’t fit in a single container!’

You post a lot of quotes on the Instagram page, what’s your a favourite book?
‘I feel like books are very subjective; books that I get value from someone else might not find worthwhile. My favourite recently was ‘Pour Your Heart Into It’ by Howard Schultz, one of the CEOs of Starbucks. Over the past eighteen months, every time I read I apply concepts to Rice n Spice. Steve Jobs’ autobiography was really interesting and thought-provoking regarding business, especially his idea of prioritising design over engineering. I realised that what Rice n Spice does is very simple - providing meals. However, in every industry there are infinite innovations possible.’

Given that you’re stopping business in Bristol, does this mean Rice n Spice merchandise is unavailable?
‘I didn’t think the merch would be so popular but people keep messaging me! I’ll be doing an order soon so get in touch - the contact links are at the bottom. Jumpers are £15 and t-shirts are £10.’

While Rice n Spice’s rise has been nothing less than meteoric, it would be an injustice to solely define the business as a rapidly growing start-up. Simmy’s vision for the company is multifaceted, as shown in the recently published mission statement, while profits have never been a principal goal for him. Since very early on, Rice n Spice has donated to a different charity for each meal sold, with the causes supported to date ranging from marathon runners for Meningitis Research to volunteers in Kenya. Simmy’s understanding as an economics student shines through here as he explained the multiplier effect; funds reach a cause, but do so indirectly via the fundraising efforts of a client, thus engendering a relationship between Rice n Spice, the client and the wider community. Simmy himself decided to run a marathon for Movember in December - he had no training but was fuelled by Rice n Spice, naturally.

Although difficult to comprehend as an outsider, Rice n Spice has altered the day to day lives of its devoted customers. As anyone who reads the weekly ‘Monday Motivation’ Instagram post knows, effective and constructive use of time is central to the Rice n Spice philosophy. For many including myself, its a daunting prospect researching macronutrients and training splits, while meal preparation involves shopping, cooking and cleaning up. Rice n Spice takes this hassle away, providing meals to meet your individual needs, as well as specific training programs and diet plans.

The taste of Rice n Spice will be deeply missed in Bristol - Simmy has already been touched by the number of messages he’s received from previous clients. He has even been contacted by a Nottingham-based student asking if he could open a branch up there! It was a pleasure to hear about the rise of the brand and the direction of the company. You can follow Rice n Spice on Instagram @rice_n_spice_, on Snapchat @rnsmeals, on Facebook @RNSMEALS, or visit their website here. 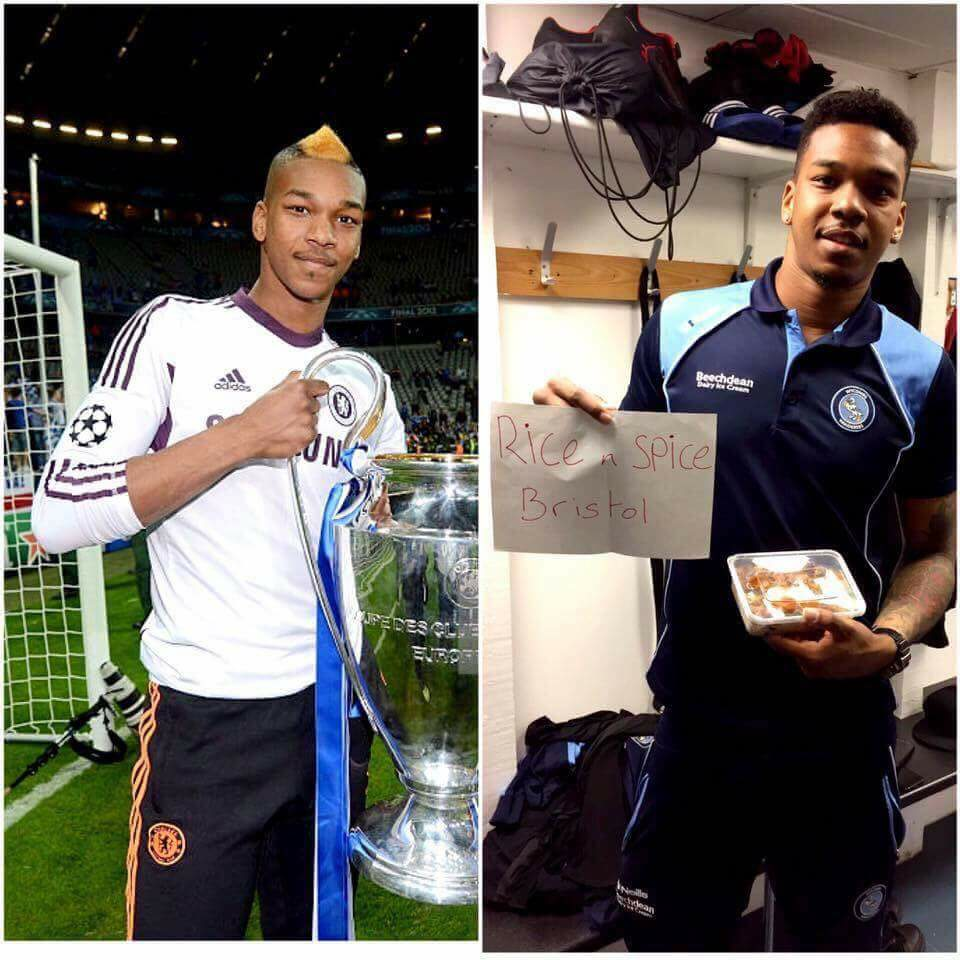 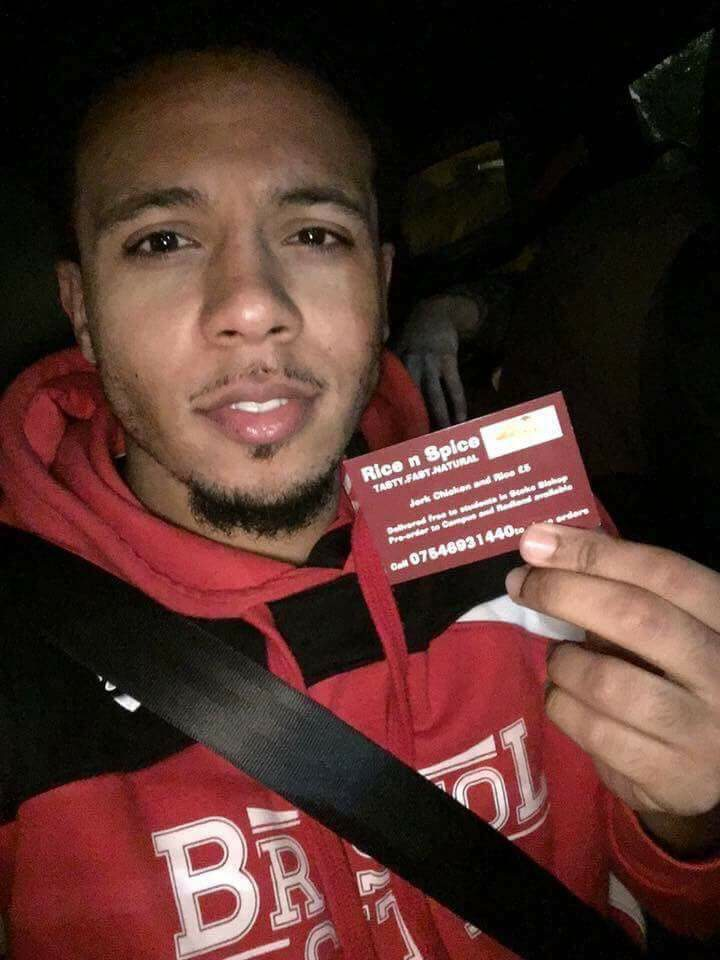 Want to write for us? Get in touch!

Could antidepressants be a solution to the mental health crisis?

Senate House occupiers had a 'constructive meeting' with Hugh Brady