Last Friday, the Japanese House, the project of solo artist Amber Bain, released her debut album Good at Falling. When first arriving onto the indie music scene back in 2015, Bain kept her identity largely shrouded in mystery. Having little social media presence and no press photos, speculation led people to even think it was a side project of the 1975’s Matty Healy. Yet, Bain has transformed herself from this once wholly mysterious figure, to someone comfortable in attaching her own identity to her work, and exploring an array of personal issues with no uncertainty. Throughout the album, Bain stays true to her earlier sound, mixing intriguing vocal effects with heady layered synths and glittery guitar parts. Good At Falling proves itself as a unique record, an archetype of indie dream pop.

Good at Falling does what any good album should, it takes you on a kind of a journey. Bain hasn't held back in documenting the emotional turmoil she went through after the end of a four year relationship with fellow singer/songwriter Marika Hackman. Naturally, many tracks deal with this subject. The start and end of the record establish themselves as stark contrasts; with the intensely electric and autotuned intro ‘went to meet her’ that pours out charged vocals, laid on top of smooth synths. Juxtaposed by the final track, a grounding and stripped back version of her 2016 hit ‘saw you in a dream’; which draws the album together perfectly. 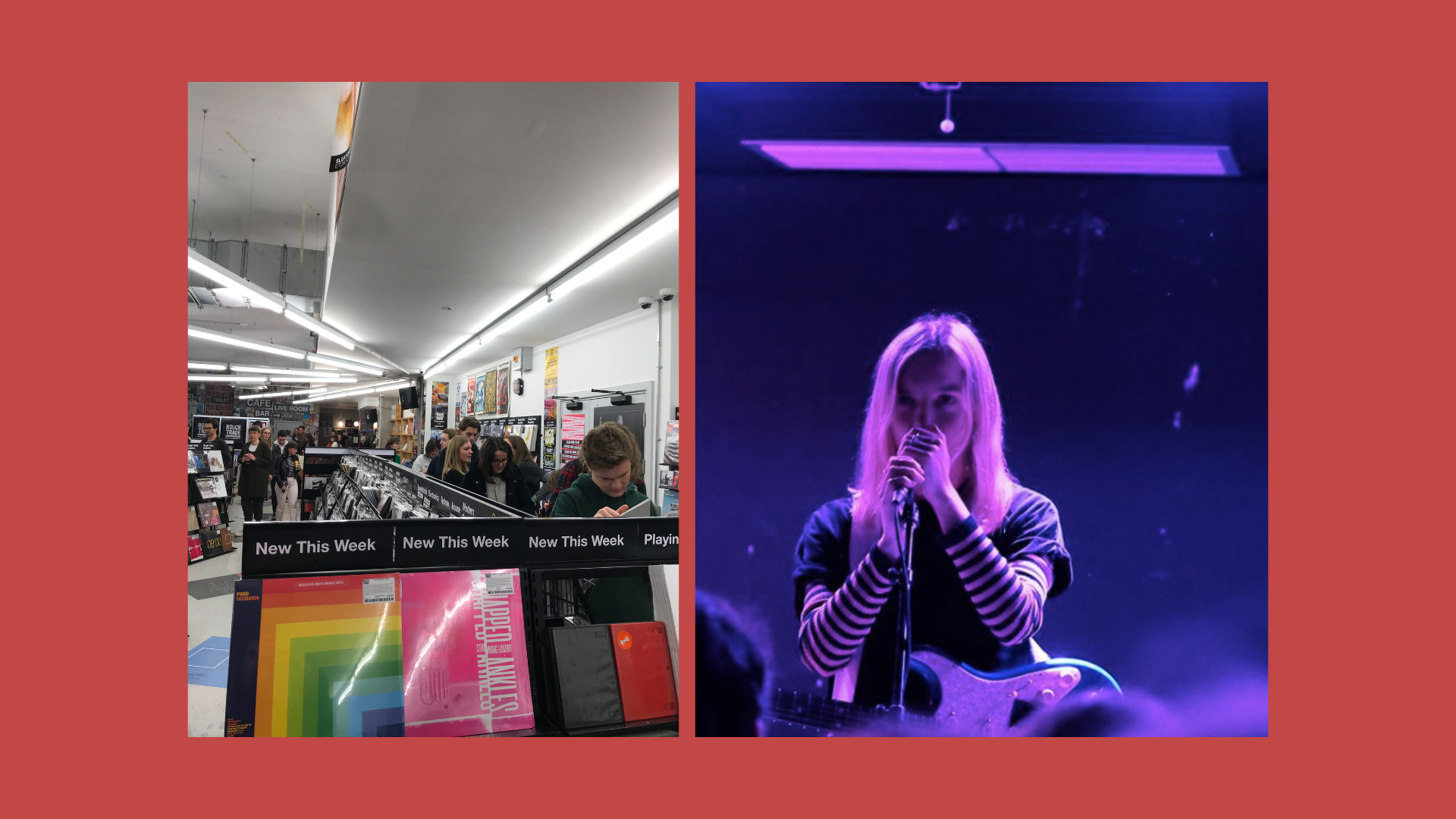 The Japanese House at Rough Trade, Dissonant Rose via Instagram

The tracks that come between are equally pleasing and all in all represent a succinct attempt from start to end of making sense of, and the eventual acceptance of a dying relationship. Some of the stand out tracks of the record do this particularly well, including ‘Lilo’ and ‘We talk all the time’. But it would be foolish to suggest that this is just a ‘break up album’. Bain roots through a number of other important personal themes, like on the track ‘Maybe you’re the reason’ which sees the speaker trying to wade herself through the depths of an existential crisis. Alongside ‘everybody hates me’, in which she recounts feelings of guilt and alienation after a night out;

‘Replaced all of my friends with
A linen sheet, a takeaway box
And an incomplete crossword block’

Another track ‘Wild’, which is sandwiched between the upbeat ‘We talk all the time’ and the ironically happy sounding ‘You seemed so happy’, was written when Bain was only 17. Reflecting back on the angst and confusion Bain says she experienced in her teenage years. Achieved through abstract lyrics overlaid upon an ethereal ambient soundscape, decorated with wobbly electric synths and chopped up vocals. All of the tracks on the album example something Bain is good at; overlaying poetic and poignantly reflective lyrics onto a multitude of different sounds.

We Talk All The Time. Tomorrow 5pm GMT @beats1official @zanelowe 🌊

On the release day of the album, at Rough Trade, The Japanese House gave a short performance of some of the tracks off the record. Bain followed her keyboardist and bassist onto the small stage before a brief introduction. Some of the standout tracks like ‘Lilo’ and ‘You seemed so happy’ were played alongside the less conforming track ‘faraway’. Fittingly the performance was drawn to a close with ‘Saw you in a dream’, a fan favourite evidenced in the way the everybody chanted along to the satisfying guitar melody. After a quick thank you and goodbye she was whisked away off stage. The performance unmistakably revealed how at home Bain is already with performing tracks off of the album.

The Japanese House has changed drastically since the start of her career. Once a shrouded figure and distorted voice buried behind complicated electronic ballads, to a now somewhat extroverted character, preserving her unique sound as an artist whilst still producing her most accomplished work yet. Good at Falling is the ideal first album, it is introspective and epic in all senses of the word. As the listener you are taken on a journey of The Japanese House’s own self discovery as an artist and her contemplative inner voice, truly a reflection of what Bain would have gone through in constructing the album herself.

Anecdotes & Accomplishments: Travelling as a Woman