Without prior knowledge of the play, audience members would have been excused for not knowing what is meant by ‘pink mist’. The play’s mysterious title is in fact military jargon for the spray of blood that fills the air following a sniper or IED attack. It is this haunting juxtaposition between brutality and beauty that Owen Sheers’ script balances so expertly and that the Bristol Dramsoc cast perform with such poise to create a drama of excruciating, contained emotion.

Pink Mist tells the story of three friends who sign up to fight in Afghanistan. Narrated retrospectively through shifting time frames, the play reveals the excitement and sense of purpose that enlisting provides but soon undercuts this with the grim reality of war. Even for those who survive, the price they pay is clear; as Gwen states to Arthur, ‘You never did come back’.

Narrated in verse form, the lyricism of the script is picked up on by the well-polished ensemble. All performances are slick; however, standouts must go to Alex Jenn as Arthur and Maddie Coombe as his partner Gwen. As the play’s principal narrator, Jenn carries the production. In the unrelenting opening scenes, he conveys a clear sense of the pain that haunts his character, but delicately offsets this intensity with flashes of humour. It is these fleeting moments of comedy that often prove to be the most heart-wrenching. Meanwhile, in a play with few scenes of high action, Coombe’s expertly sustained pauses are used to build tension and enforce the sense of loss that transcends the play.

Credit must also go to Will Bryant and Harry Nicholson for their original soundtrack. Inclusion of the musicians on stage add to a sense of immersion created by the minimalist set, allowing the action to seamlessly transfer between both time frame and geographical location. As a result, the action of war in the far-flung reaches of Afghanistan is woven into a tapestry of Bristol nightlife. 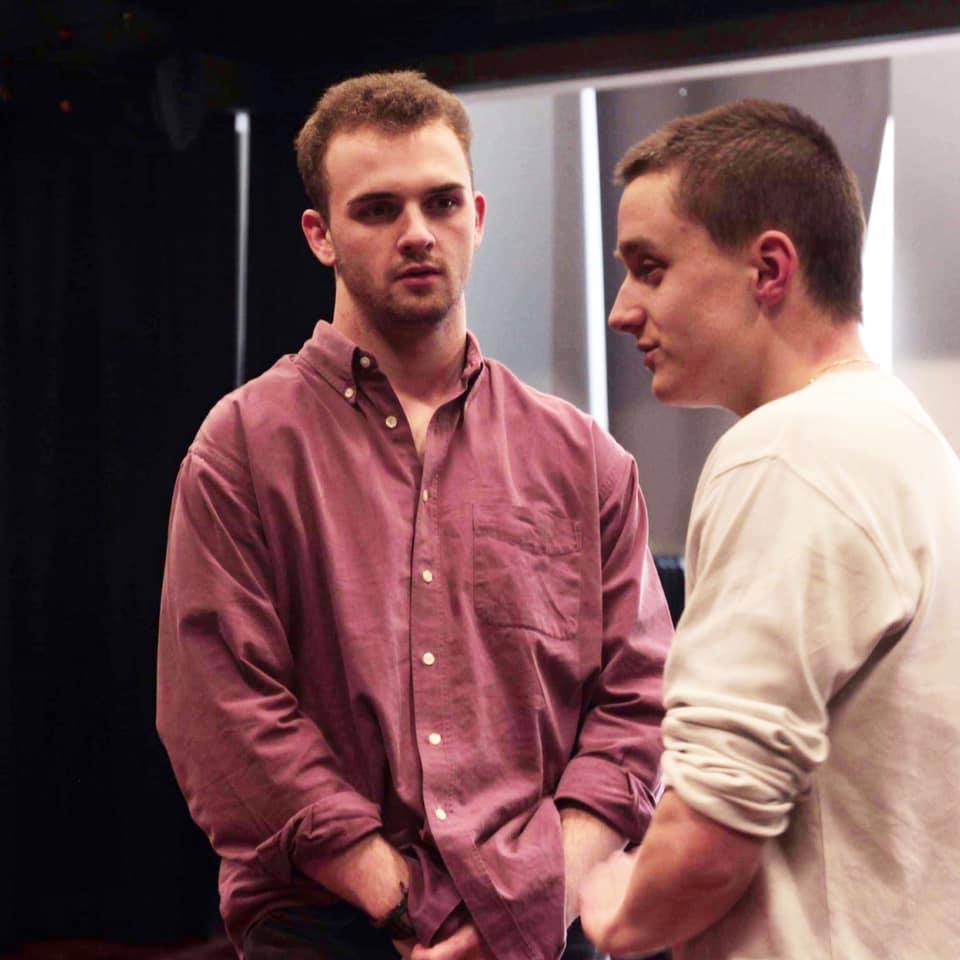 This notion that the events of war affect young people, barely out of school and in search of opportunity is what hits home the most. The audience is forced to face up to the paradoxes of war, its great honour and sacrifice combined with youthful delusion and consequent guilt. In the end, we come to appreciate that the tragedy of the play is not simply about the horrors of war, but of what war takes from those who are left behind; not just from ex-soldiers, but from their family and friends too.

With that in mind, the performances of all the female parts, Maddie Coombe, Laura Marcus and Sophie Graham, provide a powerful counterpoint to the male ones. Though it would be great to see a stronger emphasis on the female characters in the story, each actor gives a three-dimensional portrayal. On a final note, I would have liked to see this production make more of the play’s movement sequences; however, those they do perform are well executed.

Overall, what the performance provides us with is a masterclass in understated emotion, balancing anger and grief in chaotic harmony. Rarely have I seen a university audience perched so visibly on the edge of their seats.

What are your thoughts on 'Pink Mist'? Let us know in the comments below or on social media.

Arts subjects are becoming less vigorous, but let’s still make the most of our degrees