Possibly the biggest cinematic event in history, after 10 years and 18 films of preparation, Avengers: Infinity War's epic scale compacts as one dark and devastating moment that forever alters the soul, power, and very reality of the MCU and modern superhero movies. Online Film and TV Editor Tim Bustin reviews.

An emotionally-wrecked, stunned-silent crowd is all that's left when the credits roll at the midnight showing of Avengers: Infinity War. The wait for the post-credits scene is processing time; three hours just passed by in seconds and has crushed all preconceptions of a Marvel movie, in an Infinity Gauntlet's unbreakable grip. When voices are finally rediscovered, there are a thousand theories forged; deep-cut knowledge of long-forgotten comic book runs and obscure heroes who might manipulate space-time are pitted against the unbearable facts of the just-witnessed film, in the hopes of changing or at least coming-to-terms with the shock. But nothing can be changed. Fans are, for now, left in an infinite void.

2019's final Avengers movie has an awful lot to avenge.

This is the moment the MCU has been building to; the very raison d'etre of Marvel's truly cinematic Universe. So, whilst no spoilers lie ahead, heed this warning that this review could taint that experience. Given what it has to juggle and on such a scale, Infinity War really is best defined as a powerful moment and not a movie; critiquing this unique cinematic experience is a flawed challenge. No judgement if you stop reading here.

Alright then - simply looking for those sweet, sweet spoilers, because you're just unable to wait? Okay, Internet-trolls; we changed our mind. Get ready for the weightiest spoilers Infinity War has to offer:

Had enough? We can't warn you anymore.

Conceptually and structurally, Infinity War is a unique movie. The previous 18 Marvel films are it's character development for its 40+ named heroes, each starting where their respective films last left them amongst the cosmos. Lead stars elsewhere might get less than a dozen lines and a few good punches in here, all sacrificed in favour of bulking up Thanos. The Mad Titan is burdened with uniting all six of the continuously teased Infinity Stone plot-MacGuffins our heroes protect, that alone creatively bend space and reality but when wielded together could snuff out all life with a click of the fingers.

The film flicks between planets and fight scenes at the speed of Thanos' strength, like a well-thumbed comic book; three-act structures; character development; rational character decisions and moments; building up the Avengers into a 'team'; none of these have the runtime to fit in.

"In time you will know what it feels like to lose... Dread it. Run from it. Destiny still arrives." - Thanos

There's a power balancing game too, to make our heroes work together on screen, that besides brief cool moments of wizardry or reality-altering erases some of their more interesting features. Instead, making the villain the lead creates the most compelling evil since Loki, as Thanos fights his own iron will across the movie with the same compassionate contempt he treats the powerless Avengers.

Infinity War is equivalent to picking up the latest eye-popping issue of a long-running comic book series and flicking through the disturbingly dark pages. Dialogue is a necessity that could be ignored, though its fun to read for seeing Star Lord call genius billionaire Iron Man stupid or Thor confuse Rocket Raccoon for a rabbit. The film is not a film, but a constant onslaught that never stops; an experience that really is the movie moment Marvel intended it to be.

It's an ambitious success and in film format it's hard to see any other method of execution without tripling the runtime (or perhaps cleverly manipulating the Time Stone). Standing alone would make it empty yet entertaining spectacle, but it's far from alone. It does however cut close to the perfect execution needed to make this unique experience work.

Longstanding MCU figures are well serviced, but for characters such as Black Panther and the recently heavily reworked Thor (in Ragnarok), the satisfying conclusions to their auteur movies feel somewhat undercut with the suddenly jarring events of Infinity War. Both their movies specifically also brought something special; in the scale and pace of Infinity War something feels lost in the overall beauty, be it shot composition, only pseudo-Kirby inspired landscapes, or the tonally safe score. Some planets are entirely unimaginative shades of orange, from the sky, sand, rusty derelicts, and dust clouds. Less notable but mildly frustrating are the well-acted but CGI and prosthetic heavy performances.

Groot: "I am Groot"
Captain America (confused): "I am Steve Rogers"

But again, in this comic-book inspired, highly expensive film there may be no other way, and it's an insult to not call the overall product a thing of beauty. Every superhero movie requires a suspension of disbelief, and the genius of Infinity War is that these nitpicks wash right over with the rapid-pacing, leaving maximum impact on every punch and emotional gut-punch that really matters.

The darkness is also constantly undercut with well-written jokes, reminding you this is a brightly-coloured, popcorn-munching spectacle and certainly no Logan. Viewing is intended on the biggest screen possible, in the good company of fellow fans who've been waiting a decade to get here, and to not whoop, clap, cheer, hope, and cry out to this near three-hour-mammoth is to waste the opportunity of fun. 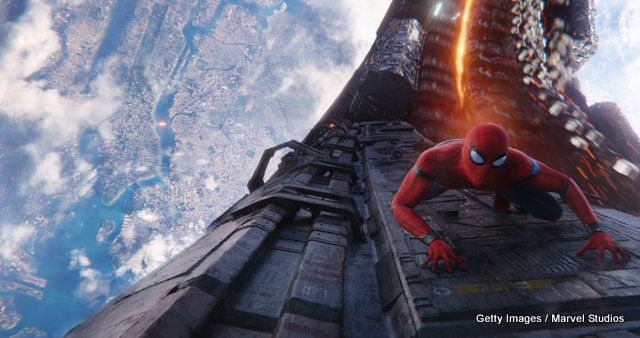 Marvel Studios has plans well beyond Avengers 4, next year's final cumulation of the MCU. Fox, Warner Bros. (with DC), and other studios are showing no signs of slowing in their superhero lust either. But ever since the modern era of superhero movies began with 2008's Iron Man, the MCU has been building to this stage: six little stones, first teased, then introduced, and finally united and wielded at once. How can the MCU, and the modern renaissance of superhero movies, continue after all it's built up to has finally been paid off?

The future hangs in the balance of six stones and although fans and studios may not want the era to end, it's getting impossible to imagine fresh superhero avenues after over 40 total films and a dozen TV shows since Iron Man. After the now highly-anticpated Captain Marvel and finally Avengers 4 next year (not forgetting a little Ant-Man and The Wasp beforehand), it'll be hard to not say that this modern era of superhero films has finally reached it's deserving, and quite possibly necessary, end.

What did you think of Avengers: Infinity War?

Dare all to bare all: Hollywood Waxing