Features Editor Ellen Jones talks to Papatya O'Reilly, President of the the university's Fossil Free Society after their success in campaigning for divestment

Can you tell me a bit about your society and its aims?

Sure, so our society is part of a global movement to get institutions to move their money out of fossil fuels. This goes beyond their direct investments in the dirty industry though: it’s about making sure they cut off all ties with them, direct and indirect. With that long-term goal in mind, our society’s more immediate aims are, on the one hand, to get the University to move the remaining ~£700,000 it has in StatOil and Total and pledge to have a fully fossil free endowment fund; on the other hand, to boycott Barclays, one of the biggest investors in fossil fuel infrastructure across the globe.

This is our future, and we need to make sure there’s a future to live for

Why is going ‘fossil free’ such an important cause? And why should this matter to students?

Good question. Going fossil free is, firstly, a moral imperative. We have a duty to protect our planet, and the fact is that the profit-fuelled activities of a few countries, generally in the ‘Global North’, are endangering the lives of those in other countries, generally in the ‘Global South’. In Canada and North America, for example, indigenous communities are having their arable land destroyed by pipeline leaks; their water tainted; their lives - as they knew it - changed for the worse. But going fossil free is no longer just a moral imperative: it’s also an economic imperative. No shale company has made positive cash in years, and fossil fuels aren’t economically fruitful investments when we know that, to keep to the Paris Agreement, new fossil fuel infrastructure must not be built. Meanwhile, the price of renewables is dropping rapidly. It’s not sustainable to continue investing in a dying industry. As students, we have the power to get our voices heard. This is our future, and we need to make sure there’s a future to live for. We have a voice over our University’s finances; we have a right to civil disobedience; we have to fight, and we will win.

How popular is the society amongst students? Do you think students engage with the cause in general?

Over a third of UK Universities have already made a divestment pledge, and there’s an organisation called People & Planet who exist purely to help student campaigners. There’s definitely a huge amount of momentum both in Bristol and in the UK more generally. This academic year, our society in Bristol have taken part in a National Day of Action with our comrades all across the UK (UCL, Cambridge, Manchester, UEA, Leeds, to name a few); we’ve got the SU to pledge to boycott Barclays; got over 450 signatures on our petition for the University to boycott Barclays and; organised a weekend of campaign-planning workshops with students from across the South-West and Wales of England last November. Throughout the UK-wide campaign, divestment wins have been achieved from the grassroots: it is us, students, who have managed to win every time. It’s incredible what can be achieved when a group of individuals stand up to the status quo and say ‘it’s time for change’.

VICTORY! Bristol Uni officially divests from companies that get more than 5% of $$$ from coal and tars sands. A fantastic first step in our #divestment campaign 😁 Let's get this down to zero and beat that 2030 'carbon netural' target! https://t.co/942HPm0jin

You recently witnessed a great success in supporting the university’s divestment from fossil fuel giants. Why was this such a success?

Yes! So the University has now moved it’s money out of companies which derive more than 5% of revenue from the extraction of thermal oil and coal from tar sands, as agreed in March 2017. This is a fantastic first step, and was achieved over tireless campaigning from Fossil Free members over the last 3 years - a petition which got 2,300 signatures; a motion passed through the University court by Green party councillor Carla Denyer and; a huge mural across the M32 reading ‘Bristol Uni, are you backing dirty energy? Divest! Divest! Divest Now!’ are just a few of the milestones along the way. Most of that was done before I joined the society. That being said, since the start of this academic year, we’ve been in constant communication with the University: we ensured that they stuck to their timescale, and we took action on campus to show that we still want to go further. And that last bit’s important: it’s important to emphasise that this is only a partial divestment, and that there’s still a long way to go. Like I said earlier, we’ve still got almost £700,000 in fossil fuel companies, despite the fact that the motion which passed through University court stated that the University should go fully fossil free. The board of directors have basically disregarded that decision on the bases which we think are pretty weak. I mean, the University of Edinburgh have just divested £322m from fossil fuel companies, and their fossil fuel investments were the third largest of those for all UK universities! So while partial divestment was a success, it’s definitely nowhere near our ultimate end-goal.

Full divestment is always in our minds

You have a ‘Divest Barclays’ initiative in the pipeline. What other businesses do you feel project a negative message and should be discouraged from fossil-fuel supporting activities?

Good question. Fossil fuel finance is huge, and Barclays are only one of the worst UK banks. There’s also HSBC, Lloyds, RBS, and Santander - all of whom have helped fund major extraction projects. In terms of global players, three of the worst are definitely ICBC, China Construction Bank, and CITIC, who are rated the ‘top’ three coal plant developer banks by banktrack.org. 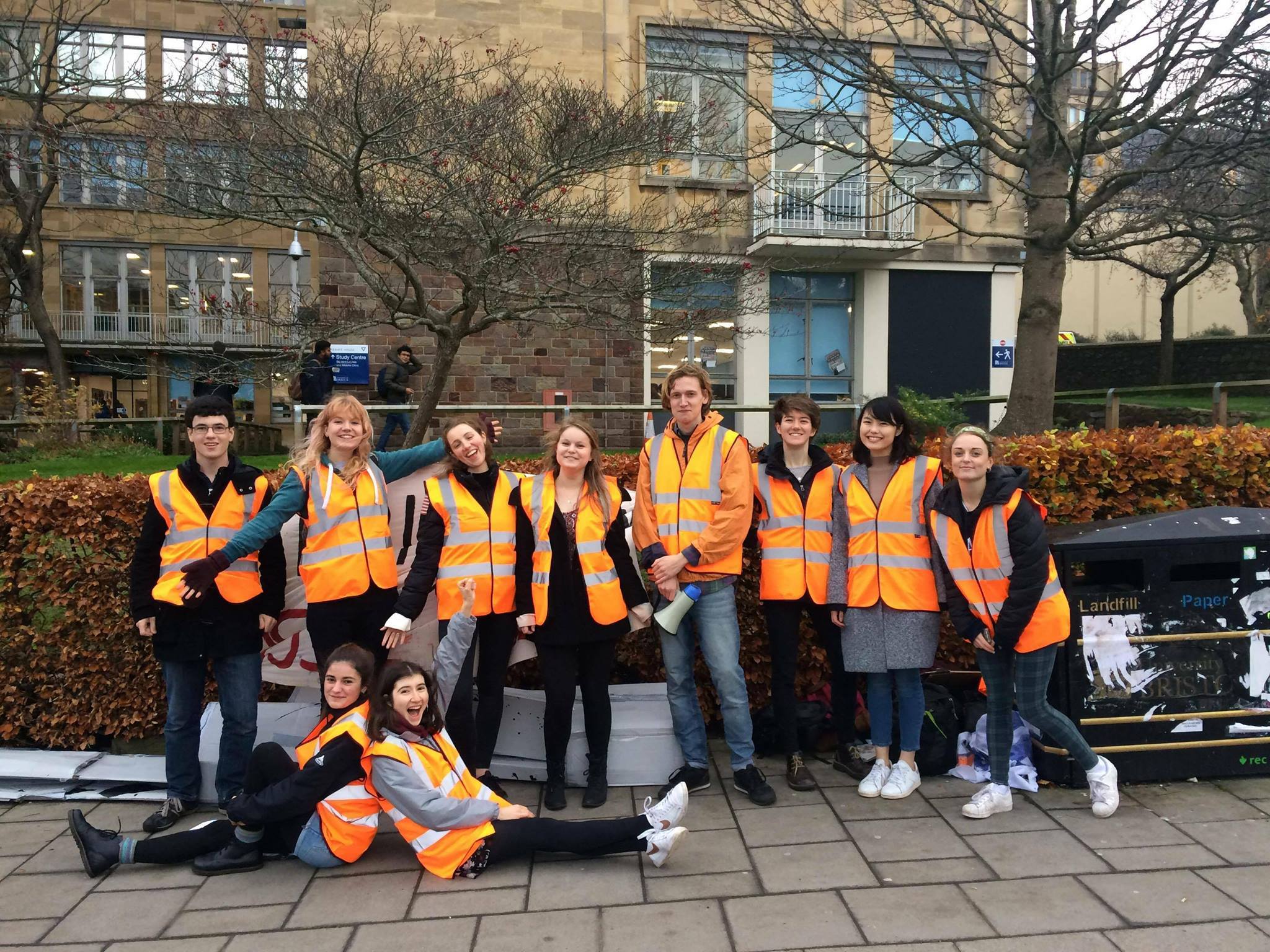 Going fossil free is such a huge goal, it might seem too vast for individual action. How can students do their bit on a day-to-day basis to help this cause?

Definitely! I mean, until there’s a huge societal shift, there’s no way we can easily go fossil free as individuals. That being said, there’s loads that students can do towards the cause. First, you can sign our petition to get the University to Boycott Barclays. Second, you can move your money out of Barclays if you bank with them, or pledge not to bank with them till they go fossil free (if you’re already with another bank), then sign People & Planet’s petition. Moving beyond these, we’ve got a great document created by one of our members outlining some steps everyone can take to be more sustainable. If you wanted to get more involved with the society, you could come along to one of our events: a film screening, a direct action, a yoga get-together, banner-making session (join our Facebook group linked below). If you wanted to be part of the campaign, you could come along to our committee meetings on Mondays at 6pm in the Multifaith Chaplaincy - they’re open to everyone, and membership will always be free.

What are your future goals as society? What are you working towards at the moment?

Full divestment is always in our minds, so we’re hoping to have fruitful discussions with the University’s fund manager, Rathbones, later this month regarding our remaining investments in StatOil and Total. On the Divest Barclays side of things, we’re hoping to get the University to boycott them entirely: disinvite them from careers events, stop banking with them, pledge never to take out future loans with them, etcetera. The University does currently bank with Barclays, and we’re hoping they’ll move towards a more ethical bank like Triodos. We’re having another meeting with the Finance Director in March, so we’ll be sure to keep you updated on our journey.

Keep up to date with Features...