On the Ground: France

The Croft Magazine // In our second pin drop, we go on the ground in Paris with Year Abroad student Morgan Collins, currently working at a pop-up art shop. France is preparing for presidential elections, and Morgan says President Macron is likely to be re-elected.

I’m working in a pop-up art shop, which means my routine is varied. I often work long into the evenings, so the boulangerie run and errands need to be done in the morning. I work until 8pm, then head home on the Metro. But, living with three other students, our weekends can be reserved for the sightseeing we didn’t have time for during the week.

From what I’ve been reading, I wouldn’t be surprised if President Macron is re-elected. In general, the French have been pleased with how he handled the pandemic (despite a few controversies over the vaccine roll-out and subsequent passport). On a personal level, however, people haven’t warmed to him. That being said, Marine Le Pen will have more adversaries this time around, and many far-right rivals could take her votes away. Certainly, outliers, such as former EU Chief Brexit Negotiator Michel Barnier, could cause issues for both candidates. Barnier proved he could see through a complete project, and his European credentials are stronger than Macron’s. That’s important for the French.

... And it brings me to my next point: the departure of Chancellor Merkel over the border. Merkel and Macron have done a lot together, not least with the Covid-19 recovery patches. Her replacement could well be more frugal in those terms, so France is concerned by her stepping down. What’s more, while Germany doesn’t have nuclear weapons, the AUKUS nuclear agreement has seen France react badly. It was a massive slap in the face, as they assumed they had a good working relationship with Australia. Nuclear power is massive here, creating many jobs for many people, and that makes this agreement sting. It’s worrying, to a certain extent, in an American context too. If this instance is anything to go by, the UK, US and Australia are more than likely to leave France – and Europe – out of future endeavours.

There’s no shortage of things to do. Recently, a memorial covering of the Arc de Triomphe was unveiled by President Macron. It’s a tribute to Christo, the modern artist who covered such landmarks as the Pont Neuf and Reichstag in fabric. I went down to see it, and it was – as expected – awe-inspiring and suitably grand. 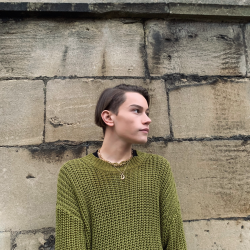 A relationship with your flatmate: the Dos and Don’ts