Swapping snow for Winter Sun: Here is where to top-up your tan this Christmas…

Candra George provides some inspiration about how to escape the Winter cold, whilst flights are cheaper and destinations are less packed with tourists in the off-season. Get ready for some serious travel grams!

In the UK it’s hard to say when, if, or where snow will fall - but it’s already November and the temperatures are freezing! For those of us who aren’t enthralled by the notion of hot chocolates and building snowmen around this festive period, a Christmas abroad with some winter sun is the perfect substitute you never knew you needed.

There are many benefits to going on holiday during the Christmas period, and during winter in general. These include cheaper flights and accommodation, as winter is often the ‘quiet’ season for countries frequented by tourists. This reduced number of tourists also means shorter queues to big attractions, meaning better pictures for your Instagram and quieter beaches so you can relax and finally start that novel that’s been sitting on your bookshelf.

But where to start looking? Here are some different options for winter sun to give you some inspiration:

If you decide to take a trip to Thailand this winter, you can make it whatever you want it to be! Whilst some may opt for an all-inclusive and luxury hotel experience due to the affordable prices, Thailand offers a wide range of traditional foods, architecture and adventurous activities. Thailand’s southern islands have a warm climate during these months and won’t be subject to a rainy period. Phuket is a popular destination well known for its beaches and clear waters, so why not checkout Bangtao beach, which is over 5km long making it one of Phuket’s longest beaches.

For those with the budget for more long-haul flights, Mexico is a great location for winter sun and white sandy beaches. Unlike Thailand, Mexico as a country does get involved with traditional Christmas celebrations. These include, but are not exclusive to, the ice rink and giant Christmas tree in Mexico city which is illuminated by Christmas lights. If it is beaches you are after, check out Akumal beach, one of Mexico’s most famous beaches known for the large turtles that lay their eggs on the beach. Hurricane season runs from June to November making the winter period a safer time to make the trip.

Cape Verde, located on the North coast of Africa, offers a warm climate during the winter months. Cape Verde has breathtaking and picturesque volcanic landscapes such as Pico do Fogo, which is the highest peak in West Africa. Cape Verde is known for its year-round sunny climate, making it a perfect spot for those looking to spend their time on the beach. The Laginha Beach in Sao Vicente provides views of the mountains next to beautiful white sand and a shimmering bay.

If you can manage to drag yourself away from sunbathing on the beach, you can book a tour to go whale or dolphin watching in the South West of the island.

For those looking for some winter sun on a smaller and more student-friendly budget, Tenerife is a great option. Tenerife is the largest island in the Canary Islands, and just a short flight away from the UK. Even though January is the island’s coldest period, temperatures are still above 15 degrees Celsius. Tenerife has over 350km of beaches, giving you plenty to choose from! Playa el Puertito is a beach that remains relatively untouched by tourists and is located near a small fishing village. If you can manage to drag yourself away from sunbathing on the beach, you can book a tour to go whale or dolphin watching in the South West of the island.

Hopefully one of these destinations is right for you and if not, you can get further travel inspiration and guidance from Travel Aware (@travelaware). No matter what time of year you are flying out, it’s always important to ensure you have the correct travel and medical insurance, as well as signing up for travel alerts on the Foreign and Commonwealth website (https://www.gov.uk/foreign-travel-advice). 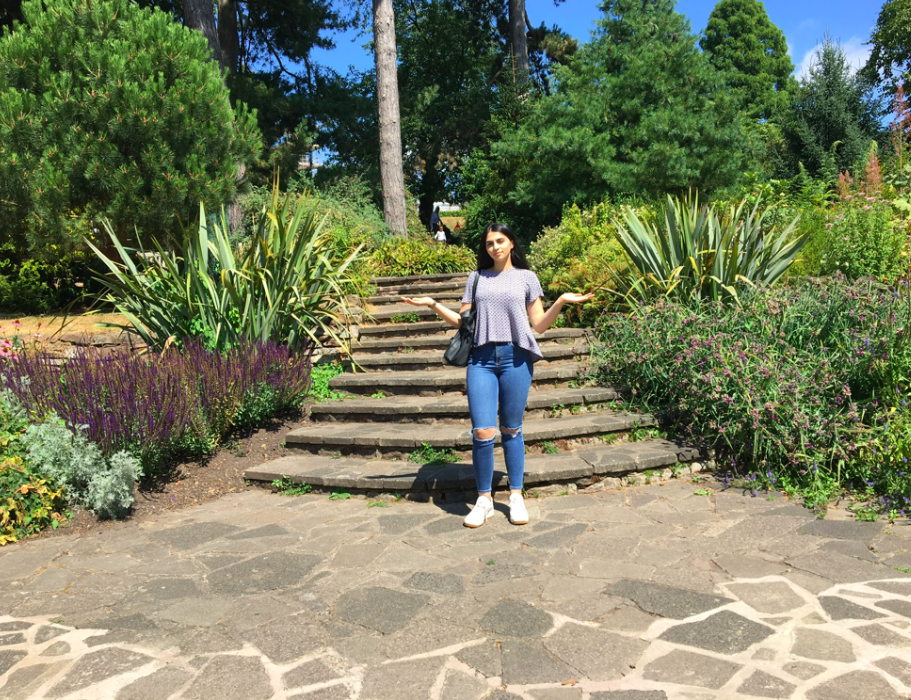 A student who loves to travel on a budget & share her experiences and snaps!