To celebrate the release of their newest issue, UoB arts publication Helicon throw an arty party in Stokes Croft. With performance poetry, interactive and hanging art, and live music, the launch party impressed just as much as their issue. Hudi Charin reviews.

The theme for this issue is ‘ROOTS’, an exploration of the shifting meanings of identity and where we come from. Their last printed magazine was in April 2016, so Roots marks a particularly special event in the timeline of Helicon. At a cost of £5 a copy, you would expect a quality magazine, and you won’t be disappointed. Boasting 120 pages of original artwork, printed on quality paper, it is a slick final product. From photography to poetry, from prints to sketches, the magazine is no run-of-the-mill student zine, but a serious artistic publication. It isn’t light reading, but definitely thought provoking and complex, dwelling on compelling issues such as identity at university, moving away from home, and one night stands.

120 pages of original artwork. We can’t wait for you to see! pick yourself up a copy for £5 tonight at our launch event!!!

If the tone of the magazine’s greyscale pages seem a bit sombre, the launch party was quite the opposite. The BYOB event was upbeat, sociable, and different. Set across multiple spaces in the Elemental Bakery on Cheltenham Road, the venue was ideal, with a large room for live music and a bright gallery-space for the display of artworks. With smaller rooms for live poetry and an interactive DIY art space, the launch party was more than just a gig, with activities and ideas to explore throughout. It clearly demanded a lot of organisation and planning, and the Helicon team- Euan Dawtrey, Hannah Green, Suzie Beckley, Isabel Mitchelson and Luke Unger- pulled it off flawlessly.

The poetry readings were, if anything, undervalued, resigned to a far too small room for the number of people who wanted to listen, piling in to hear their fellow students read poetry aloud. It was perhaps the most unusual part of the night, as seeing our peers stand up to reveal such vulnerability is something we do not experience often. Caitlin Thomson’s ‘Northern Roots’, a poem entirely in Geordie jargon, sums up the whole event. It was poignant, creative and funny, whilst also opening up our eyes to our fellow students, and where they have come from.

Helicon are intending to publish another magazine, ‘Icons’ in May. Here’s hoping that their next launch party is as creative and enjoyable as their first.

Have you got your hands on an issue of ROOTS? What did you think? Let us know in the comments below or on social media. 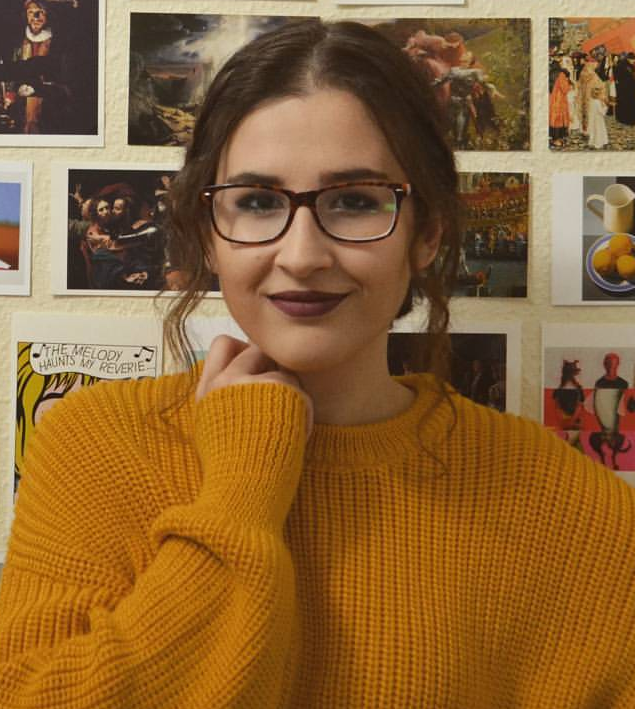 Hiya, I'm a 3rd year history of art student. Unsuprisingly, I love art. Other very varied pass times include writing about, reading about and creating art.

Why we need Northern Society