For your comfort: six films to help you through hard times

Something fascinating always seems to envelop my film viewing around this time of year. I find myself itching to return to the stories of yesteryear: the kind of films where I can obnoxiously quote the lines on command and hum the tunes before they have even begun. The films where I seek solace in the comfort of seeing characters that I love, to hear music I associate with home or childhood.

As 2020 has progressively grown more bleak and frustrating, I can earnestly say that films have been a shining beacon of hope. If it weren’t for the escapism of film’s limitless creativity and imaginativeness, I would have really struggled to maintain a sense of optimism in my life.

That’s why I have compiled this list for everyone, to share my unadulterated adoration for 6 films (technically 8) and I hope that I can tap into a lost memory of a film you watched years ago or even just suggest a film that could become a new favourite.

A few years ago, when this was released, I foolishly wrote this off as a mere children’s film. After all, the original was great but sequels are infamously consistent for one thing: being inferior to their predecessors. That’s what makes Paddington 2 such a rarefied miracle; it’s even better. Directed by The Mighty Boosh (2003-2007) alumnus Paul King, the film is a whimsical and endlessly charming dessert of a film. Paddington 2 prides itself on its unwavering positivity, its messages clear and simple. Be kind to one another. Look for the best in people. Be honest with others and with yourself. Suggesting we could learn something from the innocent and pure perspective of a child. With chocolate box visuals, sunshine-in-a-can music and a hair raising, watery-eyed ending, there’s something to keep revisiting for every time with Paddington 2.

There are those films that you can stick on and have playing in the background. You know every narrative beat, every quick quip and joke. Rio Bravo famously makes it its mission to eschew absolute narrative satisfaction in favour of immensely gratifying character work. The reason I always want to return to Howard Hawk’s 1959 masterpiece is seeing the familiar faces of its star-studded cast. John Wayne is as John Wayne as ever, Angie Dickinson delivers a fantastic, enigmatic performance as the female lead opposite. Dean Martin is phenomenal as a drunk deputy and even gets his singing shoes on to get you in the mood for ‘that Christmas song’ you’re inevitably going to be inundated with during the festive period.

Rio Bravo is a film for those looking for a hangout movie, and even better than that, one brimming with spittoons, harmonica ballads and cowboy hats.

It’s time for the guilty pleasure. I can’t express how in love with this film I am. Maybe it’s because I saw it in the festive season in cinemas with all my friends, but it has become a staple of the Christmas period for me.

I must express, this is by no means a masterpiece. That being said, watching this with a group of friends and laughing together at the bizarre and spectacularly stupid hijinks of its characters is always a riot. Taking place over one night ‘The Night Before’ follows three friends who have slowly grown apart, that come together on Christmas Eve to relive the fun and excitement of their youth. Starring the ever-reliable Seth Rogen, Marvel’s very own Anthony Mackie and the baby-faced allure of Joseph Gordon-Levitt, this Christmas caper is a drug-fuelled trip of a film that culminates into a spirited journey of support and friendship. And Seth Rogen hisses at a baby. Classic.

What if I told you there was a 45-minute silent film that is easily funnier than almost any other film ever made? Or I told you about the genuinely terrifying stunt work by one of cinema’s most iconic early figures. Still not sold? How about if I told you it is one of the most transcendent, mesmerising meditations on form, a true visionary celebration of what cinema is, what it was and what it can be? And the fact that it was released nearly 100 years ago before cinema was fully realised and acknowledged as its own art form. And above all else, it’s the easiest watch you’ll have all year.

So, this is where I technically cheated. Recommending 9+ hours of fantasy content may seem daunting. However, amidst a cold winter, centred in the middle of a raging pandemic, there has perhaps never been a better time to be snuggling up for film marathons. Tolkien may never have imagined that a film series could so lovingly recreate his ludicrously complex and stunning world for the screen.

However, Jackson and his team of magical wizards craft a tour de force of imagination, grandeur and escapism. If you’re ever in need of something wholeheartedly different, a visit or revisit to Middle Earth is always recommended.

‘Isn’t it romantic’ sings one of the many hilariously odd characters in Preston Sturges’ bizarre screwball comedy. I think that encapsulates my feelings towards this film. Granted I am a lover of all things dreamy and amorous, but this film really steals the show – crammed with hilarious set-pieces in equally interesting locations. There’s a train sequence, so if you’re like me and you find trains the most fascinating, cosy and relaxing settings for a film in the world, you’ll love this. Akin to curling up with a nice book and a steaming cup of hot chocolate. 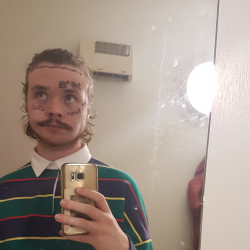 Alice in Wonderland, Daisy in Portloe