Since being announced on 17 March, the UK government’s £3.2 million of emergency funding to support rough sleepers during the coronavirus outbreak has seen more than 14,500 homeless people placed in temporary accommodation.

Lauded by many newspapers and MPs as the ‘end of homelessness’ in the UK, this funding was certainly effective in protecting some of the country’s most vulnerable from the risks of the pandemic in the short-term.

We’ve helped 90% of rough sleepers off the streets into safe accommodation to protect them from #COVID19.

Now we’re working with councils and charities to plan the next step. https://t.co/GEiiG7Jbvl

However, as lockdown restrictions continue to ease throughout most of the country and with the emergency funding from the government having been spent in early July, the issue of homelessness is once again becoming harder to deal with for local councils.

In February this year the council’s annual rough sleeping count revealed that Bristol was the third worst area for homelessness in the country, behind only the London boroughs of Westminster and Hillingdon – as such, this lack of governmental support for those sleeping rough has had a significant impact on the city.

Epigram spoke to homeless people around Bristol to see how their lives have been impacted by Covid-19, the lockdown, and the support they have received from the council.

Joe, 35, who has been homeless for the past two years between short stays in hostels, temporary accommodation, and prison, explains how he was initially ‘relieved’ to be put in a hostel towards the end of March.

At first he expected to spend a few weeks there, whilst the council tried to find him a permanent place to stay, stating that their quick response in finding him accommodation at the start of the lockdown was a ‘promising sign’.

However, Joe had to leave the hostel in May, after nearly two months there, due to the prevalence of violence and drugs inside and around the building being so overwhelming for him that he ‘preferred life on the street’.

With no progress from the council towards finding Joe permanent housing, he ‘packed up his bags and left’.

Whilst homeless hostels typically provide some level of support for those abusing drugs and alcohol, the rising number of people in these facilities during the pandemic, along with the increasing strain this has had on local funding, has left many hostels less capable in providing crucial support than prior to the lockdown.

For Joe, it was easier for him to take care of himself on the street than deal with the ‘chaos’ of his hostel, even with the issues coronavirus presented.

Bristol is the third worst area for homelessness in the country

‘Less people on the street made it harder to get by’, Joe noticed upon leaving his hostel in May, with the country at a standstill in the midst of strict lockdown rules.

‘Everyone seems more panicked walking down the street, too worried to think about others’, he remarks.

Joe’s story paints a vivid picture of the harsh, cyclical nature of life between hostels, prisons, and the streets – particularly in saying that for him, in many ways, life on the street is easier than in a hostel.

Due to a difficult family life in London which she had to separate herself from, Kiara, who recently turned twenty, has been without a permanent home for over a year now.

She tries to sofa surf between friends that are living in London and Bristol, avoiding sleeping on the street whenever she can. This was far more challenging during the stricter months of lockdown, as ‘some friends straight-up refused to let [her] in their house’ as they were worried about catching the virus.

For Kiara, the council-provided accommodation was ‘never an option’. She did not want to be ‘thrown in a hotel to rot’, stating that she relies on the support she receives from her friends to stay positive in her situation.

Considering the widespread impact coronavirus has had on the nation’s mental health, it figures that those sleeping rough have been disproportionately affected. Kiara has been especially grateful for the friends that supported her where they could during the pandemic.

‘It has brought out the bad in some people and the good in others’, she explains, ‘for some it’s an opportunity to be kind and for others it’s a reason to only think about themselves.’

Kiara’s experience highlights the limited mental health support available to those in emergency accommodation. She hopes that local councils start to ‘treat it with the seriousness it deserves’ in the aftermath of the lockdown.

Those sleeping rough have been disproportionately affected physically and mentally

Concerns over the mental wellbeing of homeless people may become increasingly common when the temporary eviction ban introduced back in March is lifted. Part of emergency legislation to protect those hit financially by the pandemic, it prohibits landlords from evicting tenants even if they cannot pay rent.

Having been extended multiple times, it is now set to end on 20 September, with some MPs warning it will result in a ‘wave of homelessness’ across the UK. A survey by homelessness charity Shelter revealed that over 170,000 private tenants have been threatened with eviction since the beginning of the pandemic.

One individual already dealing with eviction is Steve – having lost his house last year after being laid off from his job as a lorry driver in 2017.

‘I couldn’t have asked for much more – it was a real lifesaver,’ Steve says in describing his emergency accommodation. After spending most of January and February sleeping in his car, he was grateful to be put in a hotel room funded by the council at the start of lockdown.

Being at a higher risk from Covid-19 because of his bowel cancer, Steve is considered in priority need of emergency accommodation, stating that he has been ‘lucky to be able to stay so long’ whereas others who were in the same hotel have had to leave.

With his application for a council residence in its final stages, he is hopeful that he can stop busking and leave his hotel soon in favour of a permanent home, where he can begin to apply for driving or delivery jobs.

Steve’s situation demonstrates the benefits emergency funding has provided to those most vulnerable to coronavirus. Whilst many of the homeless people least at risk have now had to leave council accommodation, it is a positive sign that those with serious health conditions are still being facilitated.

Each interviewee has had a vastly different experience in terms of both the support they have received from the council and how suitable it was for them and their needs. The clear similarity between these individuals is that Covid-19 has made life profoundly more difficult for homeless people.

The strain this has placed on the government has meant that those most at risk have had to be prioritised, but this has often left the quality of support the council is able to provide others in a worse state in some cases.

Using temporarily empty hotels and hostels was evidently never intended as a permanent solution. However, with the threat of homelessness increasing drastically in the midst of a suffering economy and a soon to be lifted eviction ban, councils will now be looking for more permanent housing options and long-term solutions, as opposed to the sudden disaster management we have seen during this national pandemic.

For safety and privacy, those interviewed are not pictured in the article. 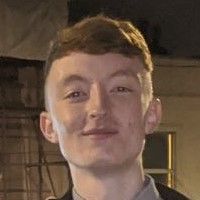