The Rise of Cli-Fi

To celebrate International Mother Earth Day, Lydia Barnes talks us through the surge in a new genre of novel: Climate-Fiction.

Fiction about the natural world isn’t a new phenomenon, and it has always spanned multiple genres. But over the last couple of decades, it’s taken on a different face, one which gives voice to the most pressing issue of our time: climate change. In fact, so many writers are using their fiction to tackle this existential problem that the term ‘Cli-Fi’ has been coined to discuss such works. This term doesn’t apply exclusively to Sci-Fi novels ― despite the obvious assonant link with its sister genre ― yet Science-Fiction can offer a unique perspective on our relationship with the natural world, in theway it discusses such close-to-home topics from a distance, allowing us to reflect on the circumstances of our own world more objectively.

Night time reading. This is going to be my first read of 2019. Last year I feel I barely read anything and neglected this account loads. This year I’ve promised myself to do things which will make me a better human and activities which bring me joy. This includes reading some classic books. 😍😍😍. . . #bookstagram #booklover #instabook #bookstagrammer #scifi #scififiction #margepiercy #womanontheedgeoftime #feministfiction #feministsciencefiction #literature #literary #bookdragon

So let’s take as an example Marge Piercy’s classic of feminist Sci-Fi, Woman on the Edge of Time. Published in 1976, and set in 2137, this extraordinary novel follows Connie Ramos, a Mexican-American woman who has been committed to a mental institution. During her horrifying stay, she experiences brief moments of respite through telepathic visits to a future utopian version of America, where she is introduced to the simple, sustainable, community-led lifestyle the future humans lead. In her vision of a potential American future, Piercy approaches some of our biggest environmental issues today, such as population control, waste management, pollution, and agriculture. And through all this, she delivers a message of hope, declaring that yes, a sustainable future is possible, whilst also highlighting the hard graft required to get there.

I realized too late: Against this background (it’s the seat cover in my commuter train, actually), albeit color-coordinated, this book kinda gets lost a little—which is uncalled for because „New York 2140“ is a masterpiece 🙌🏻 ° ° ° There, I said it. Masterpiece. But it’s true: Kim Stanley Robinson weaves together more than half a dozen narrative threads, only loosely connected in the beginning, to a story populated with many fascinating characters and headed for a … well, I don’t wanna spoil anything but the finale is shattering their world. ° ° ° Speaking of their world. All of this storytelling-magic uses a future New York as a backdrop that is both, deeply unsettling and alarming as well as beautifully conceived and described. Plus, I learned a lot about the global finance system because it get’s harshly criticized—which is yet something else this book has going for it. Not surprisingly, I give ⭐️⭐️⭐️⭐️⭐️/5 • • • #bookreview #buchrezension #newyork2140 #kimstanleyrobinson

Coming back to more recently published works, Kim Stanley Robinson’s New York 2140 is a more stereotypical Sci-Fi novel, with its epic world-building and futuristic metropolis. Where Woman on the Edge of Time provokes a rethinking of our ways of communal living, New York 2140 goes straight to the heart of our current environmental crisis, explicitly positioning capitalist ideology as the enemy of the natural world. In this future version of the Big Apple, sea levels have risen so much that half of the city is now underwater, with skyscrapers towering higher and higher as the elite race upwards to avoid confronting the reality of this dystopian world. What emerges from the environmental disasters in the years preceding 2140 is a world in which class divisions have grown. Robinson also brings into focus the link between economic policies and environmental degradation ― a link which is often difficult to approach, considering the indecipherability of the world market. Ultimately, the disconnect between the hypermodern human and the rest of the earth is the reason for its inevitable destruction.

There’s no shortage of examples within this genre, and as the contrived genre boundaries between Science-Fiction and literary fiction begin to dissolve, I hope to see an inundation of Cli-Fi into the literary world. It is the perfect medium through which to entertain whilst giving voice to a multitude of human experiences and emotions, and to aid us in working through the anxieties of our ages.

Have you read any Sci-Fi? Let us know in the comments below or on social media. 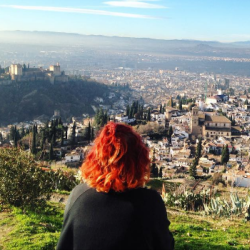