Sports clubs are the least diverse student groups at Bristol

Figures collected by Bristol SU show that white students are twice as likely as BME students to become members of sports clubs.

According to the composition of membership, cultural societies can be considered the most ethnically diverse, while the percentage of BME student memberships in sports, performing arts and campaigning societies is comparatively low.

Statistics showing student membership in different types of SU societies show that 30 per cent of all white students at the University of Bristol have joined sports clubs this academic year, compared to only 15 per cent of BME students. 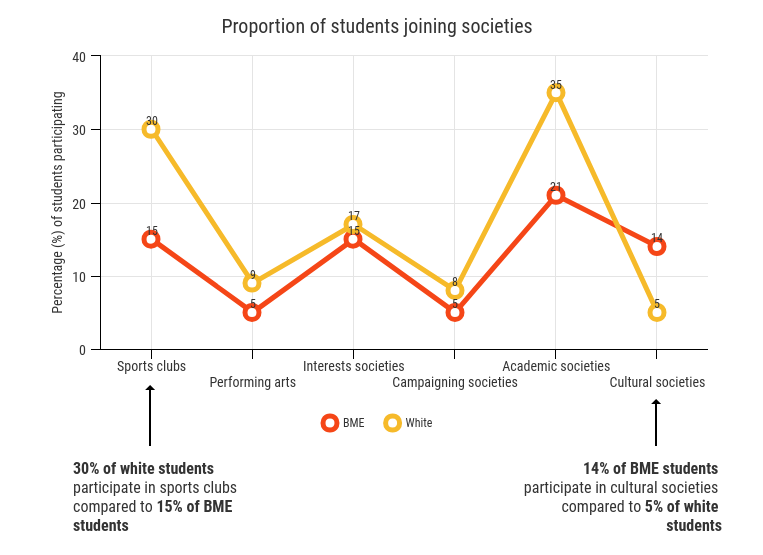 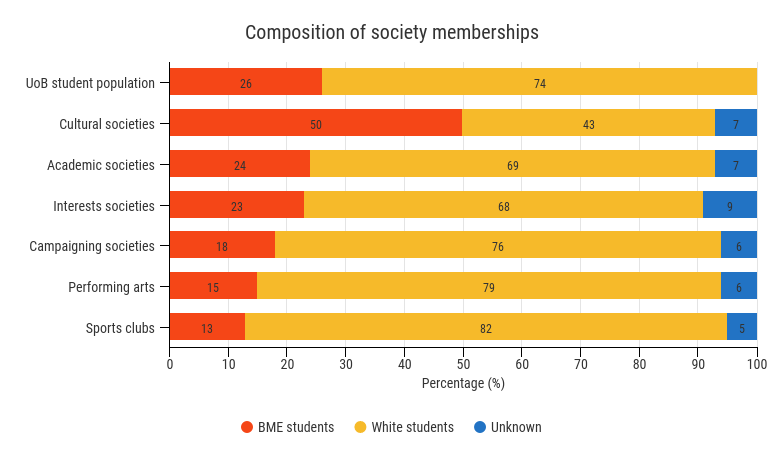 Earlier this year, Bristol was named the fifth 'most healthy' university in the UK from the results of a survey conducted by MyStudentHalls. Bristol’s sports clubs were described as varied and accommodating of 'everyone with a wide variety of health and wellbeing options - befitting of its standing as one of the country's most popular universities.’

Ginny Troughton, Sport and Student Development Officer, said: ‘We are aware of the difference in demographics and we are working to address this. We recently held a Barriers to Sport survey and will be working closely with SEH on the recommendations to broaden the appeal of university sports.

‘Existing initiatives such as This Girl Can and our Intramural teams also provide a good opportunity for increased inclusivity in sport.’

‘While we don't do anything specific, I do think Korfball does attempt to avoid and dispel some stereotypes surrounding traditional sports clubs. It's always our aim that anyone feels welcomed when they join the club, and we work hard to keep inclusivity as a central part of both training and socials.’ 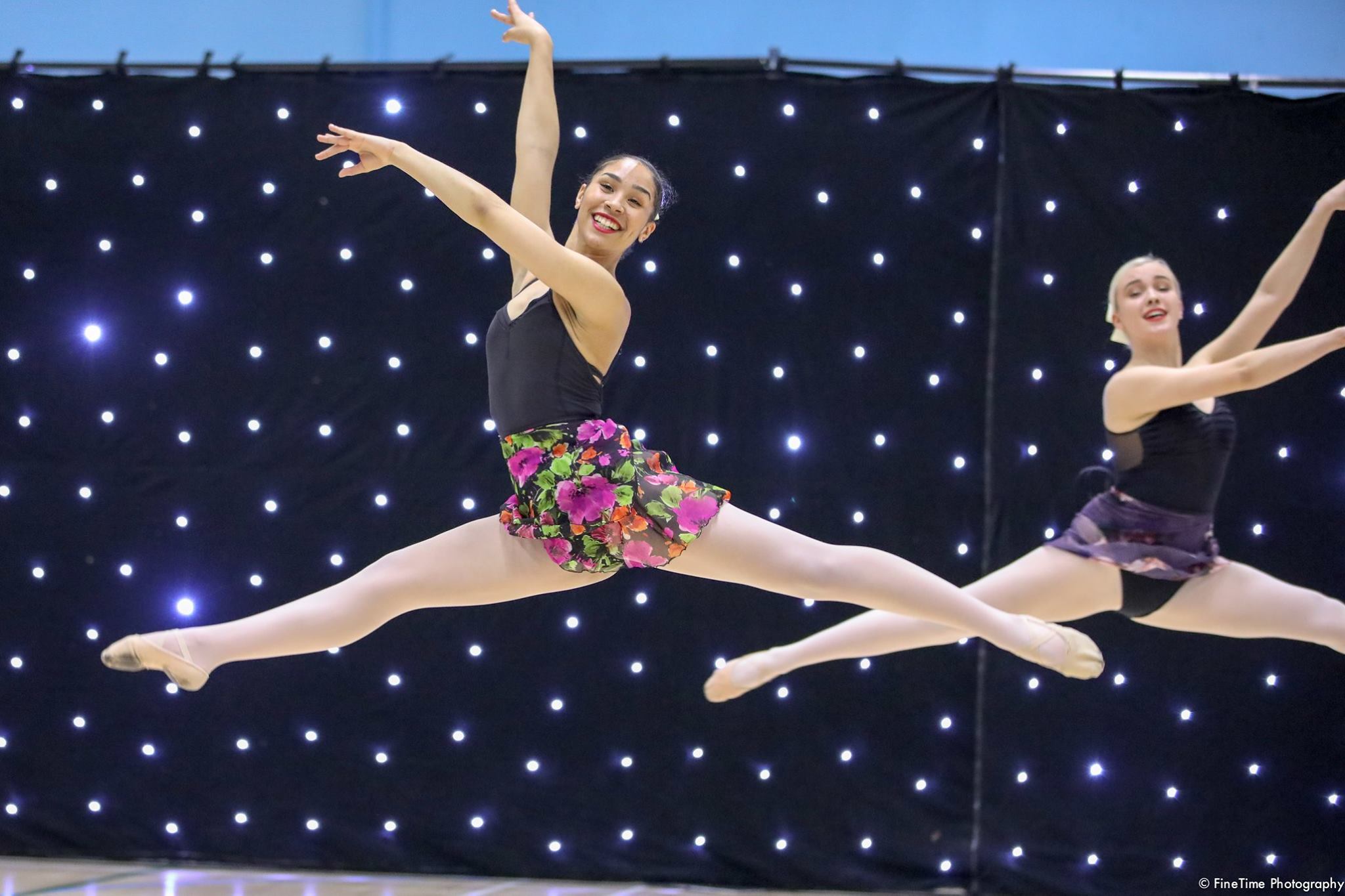 Stanford, Union Affairs Officer, said: “Many of the hobbies and interests represented in our student groups have an appeal to students of all backgrounds. I recognise that it’s difficult for societies with more of a cultural focus to draw in students who aren’t from that cultural background. Not all societies will have the same focus and level of delivery so their levels of ‘diversity’ are likely to be different.

‘SU events such as the International Food Fair in Welcome Week and Global Carnival involve cultural societies but are promoted to all students to encourage them to engage with international culture and traditions. I believe there will be more work done in this area next year with the introduction of the full-time International students’ officer.’

Amar Shah, a fourth year Engineering student, was recently featured in an SU promotional video. He spoke about how sport has improved his university experience and the benefits of in intramural sports for widening participation in sport.

He told Epigram: ‘I’ve never really felt as though my ethnicity or colour has had any impact on anything like that - if there is a lower BME participation in sports, maybe this divide is a result of higher level issues in society.

‘I know that Bristol has a disproportionate amount of students from private schools, which in turn tend to be more white, and these are the institutions that promote sport to a higher level.

‘So if you’re looking at sports participation in university level performance sports clubs, it’s only natural there would be more white students, as they’ve been introduced to the sports from a younger age and they also have more role models to look up to.

‘A way to combat it would be to make people more aware on how to get involved in sport at a lower level of performance, like intramural, where you can take part as a group of friends, society teams or halls.’ 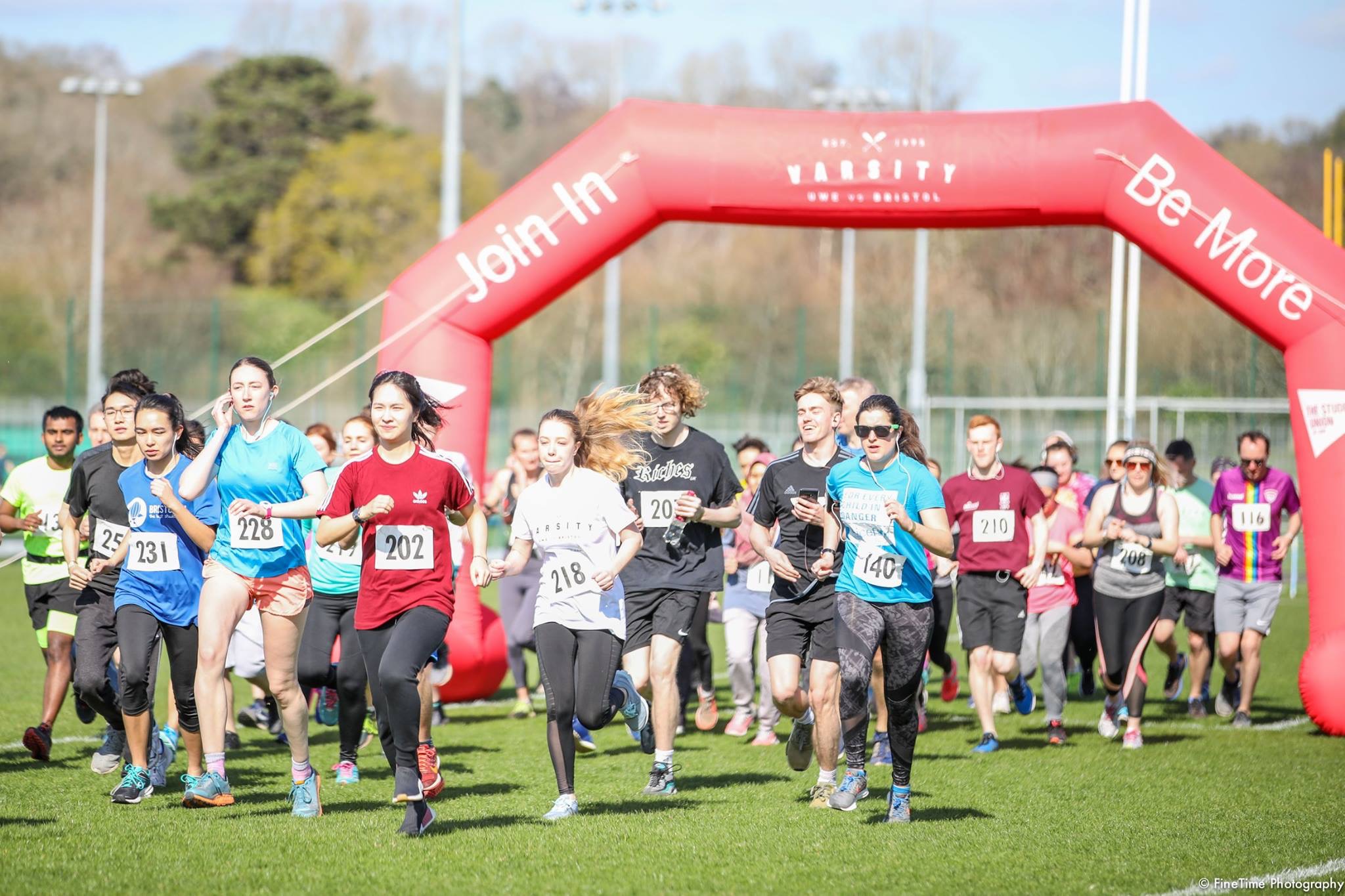 Omar Chowdhury was recently elected as BME Network Chair for 2019-2020. He said of his plans for next year: ‘Drinking is a huge part of both sports and performing arts, so if you don’t drink, it doesn’t feel welcoming. I would work with societies that want to diversify to create plans. Many ethnic minority students – like me – find cultural societies to be a safe space, which others are not.’

Bristol Students’ Union told Epigram that they have a Code of Conduct to ensure that discrimination on an individual or group level would be sanctioned. The SU also stated: ‘we encourage groups to have Equality Officers who we run bespoke training for. We celebrate groups who are proactively working to be more inclusive through our SU Awards where we have an Equality and Diversity award and the Balloon Accreditation Scheme.’

If students are worried about the issue of diversity and inclusivity in societies, the SU encourages them to contact the sabbatical officers or the Chair of the Societies Network, so that their concerns may be discussed and addressed.

Do you think more needs to be done to make Bristol's societies more diverse and inclusive? Let us know:

Arts dissertations to no longer be printed