Which restaurants, cafés and bars won big at the 2019 Bristol Life Awards?

The Bristol Life Awards happen every year and celebrates a whole range of Bristol businesses across sectors. This year’s big winner was Bristol Old Vic, which not only won the Arts prize, but also the overall Platinum Award. Throughout the awards, however, was a celebration of the sensational Bristol food and drink scene which helps to make the city the best in the UK to live in. Here is a roundup of all the scrumptious winners and finalists. 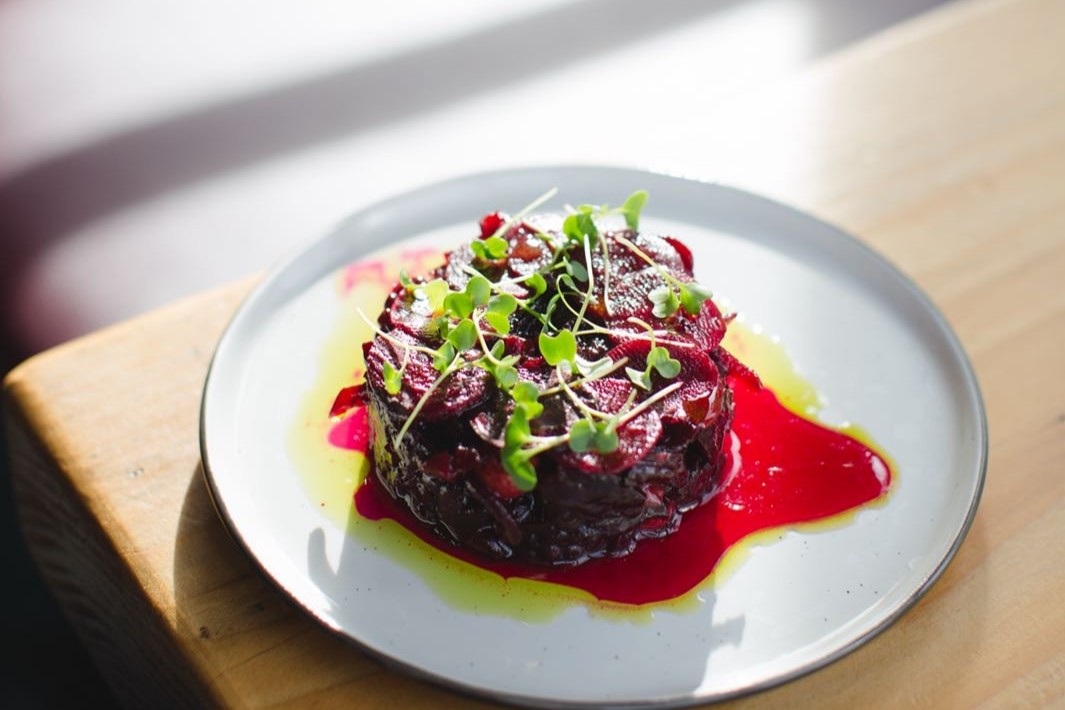 If you’re a foodie and you haven’t been down to Cargo in Wapping Wharf, do so immediately! The concept is converted shipping containers filled to the brim with Bristol-based independent retailers, including some of the best eateries in the city. Personal favourites include Michelin Guide restaurant, Box-E - book in advance for your parents’ next visit - and Gopal’s Curry Shack, a tiny vegan place, but the winner of the Bristol Life Award was Root, another Michelin Guide small plate restaurant in the Cargo community.

Vegetables are the centrepieces of all the dishes, with fish and meats served only as optional sides. There is an emphasis of sustainable produce from the South West area, and an extensive list of unusual, natural wines to match the feel of the experience.

Final stop: @RootBristol! Located in a container within Wapping Wharf, this unique little restaurant puts vegetables right at the heart of their menu. It was great meeting you guys - enjoy the gin and good luck in the awards! #bristollifeawards #finalist #sponsor pic.twitter.com/uUmoBAbbXY

Situated just off Whiteladies Road on Cotham Hill, students have been rejoicing the tasty ethical goodness of Beets N' Roots since Bristolian founder Rebecca opened the café in 2017. Based off her travelling experiences in Africa, the Americas and Asia, she has developed an eccentric menu of juices and bites.

Their most famous dish is the ‘Buddha Bowl’, a vegan amalgamation of all their in-house salads topped with hummus, seeds, sauerkraut, and china rose sprouts. If you’ve been to Brazil and grown fond of their native acai, Beets N Roots is a rare location you can find it in the UK.

For those who don’t stray too far from The Triangle, try finalist The Epiphany Café right by The Victoria Rooms or Folk House Café on Park Street. 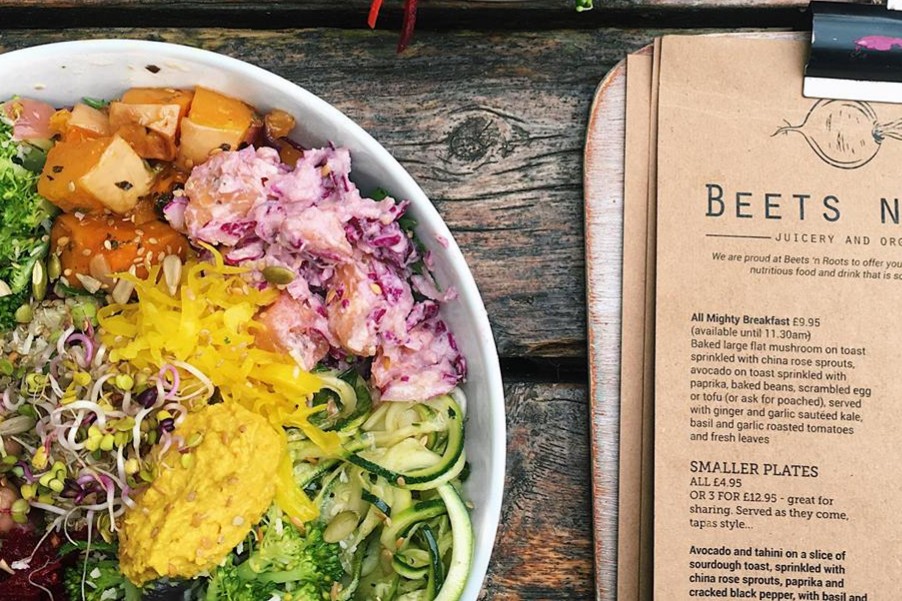 Part of Zazu’s Pub Company, a Bristolian independent company with six pubs in the South West, The Greenbank is pub-stroke-bar with a strong community ethos. The range of drinks is led by real ales, craft beers, and ciders, but it’s the events list which stands out here. There is at least one special event everyday including veggie board game nights, D’n’B Tuesday workouts, life drawing, yoga, youth theatre, children singalongs, jazz and folk music, all contributing to a vibrant atmosphere for all ages!

The list of finalists featured two more popular student fares, at least when the maintenance loan drops! Zerodegrees, a spectacular work of architecture situated near The Christmas Steps, is a microbrewery with an eclectic list of beers and pizzas, and the humongous vessels sitting behind the bar are a stark reminder of the labour of love that brewing is for local producers. Hyde & Co, on the other hand, keeps itself far more hidden just off The Triangle. The speakeasy is still one of the city’s best kept secrets - just look for the hat. Bartenders from Hyde & Co and The Milk Thistle, another speakeasy, have previously won national awards and competitions, such as the UK Chivas Masters last year. 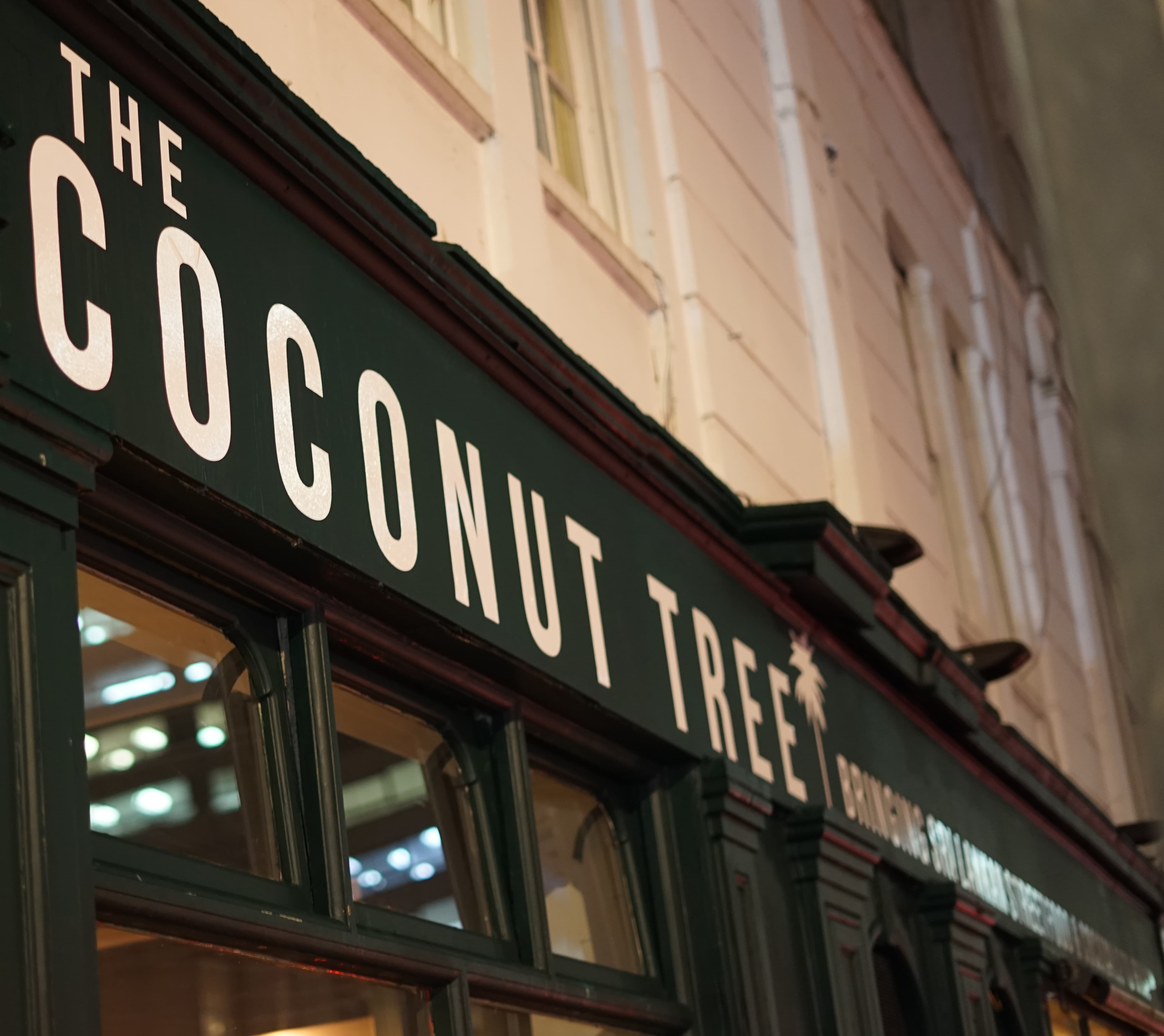 Photo courtesy of The Coconut Tree

For The Coconut Tree to win the Bristol Life New Business award among a list including a tech company, One Big Circle, a coworking space for startups, Runway East, and a digital renting app, Bunk, is testament to how the Sri Lankan restaurant is expanding despite the harsh restaurant climate of current times. They now have two locations in Bristol, one in Cheltenham, and one in Oxford, and more and more people have been able to enjoy the explosive flavours and laidback hospitality at a reasonable price.

Other restaurants intercepting this more general category include 1766 Bar & Kitchen, based in Bristol Old Vic theatre, and Symonds at Redwood, a contemporary English bistro known for their luxurious Afternoon Teas in Audley Redwood village. The Plastic Free Shop, an Bristol-based online store looking to reduce plastic use, deserves a massive shoutout and is worth checking out for kitchenware and more.

In the heart of an area many students flock to once after first year, The Kensington Arms is classic British pub with locally sourced and seasonal dishes. With mains ranging in the teens pricewise and pints starting from £4, this may be a family favourite when visiting, but on a year-round basis, their happy hour is Mon-Thurs, 4:30-6:30pm, where 2-for-1 on BBF Fortitude ale works out at £2 a pint! Give yourself a reminder ahead of post final exam drinks!

Did any of your foodie favourite win at the Bristol Life Awards?