Muslim Medics Bristol co-hosted the event 'State of Child Health: An Evening with Barnardo's CEO' to discuss the most prominent issues in young people's health.

The evening saw both speakers discussing the current and future state of children's health in the UK, particularly touching on the most vulnerable children in poverty, the obesity epidemic and the possible impacts of Brexit on young people's wellbeing.

Shamus Butt, President of Muslim Medics Bristol, described the evening as a 'phenomenal event with two internationally renowned speakers in their fields of expertise'.

He noted that 'it was delightful to have such a large turnout and support from the Medical School to discuss the challenges and stress the importance of child health and social care'.

'This topic is not something regularly discussed within our curriculum but essential to know about as future doctors, and who better to hear it from than Javed Khan, the CEO of the largest children’s charity in the third sector, and Dr David Grant, one of the leading clinicians in paediatric intensive care.' 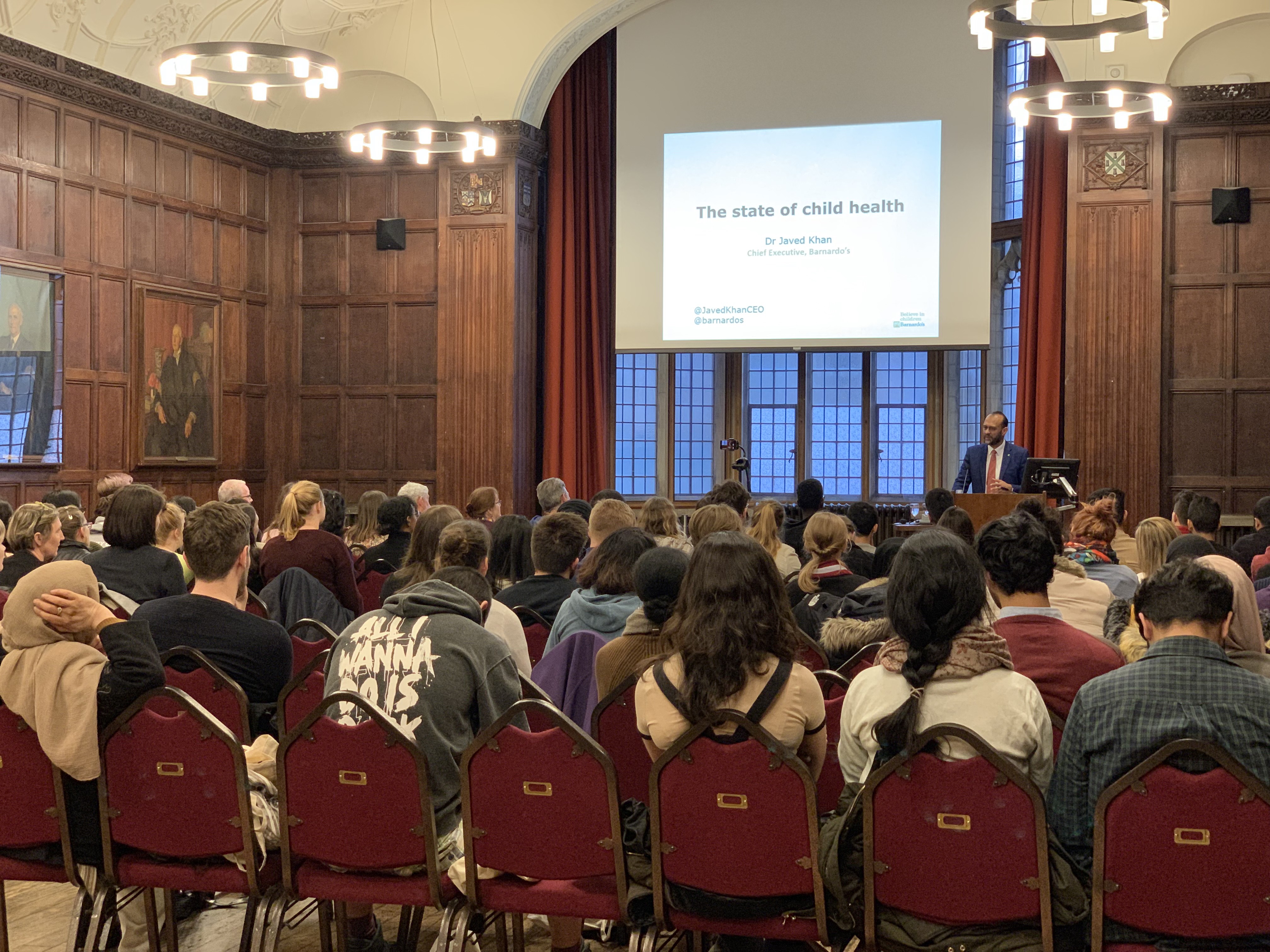 He drew parallels between poor health and deprivation, and touched on the work done to tackle child health issues by the Royal College of Paediatrics 2017 report.

Dr Grant said that, while the government was implementing change, it will be 'young people like future medics who must reimagine healthcare in the future'.

'Young people like future medics must reimagine healthcare in the future.' 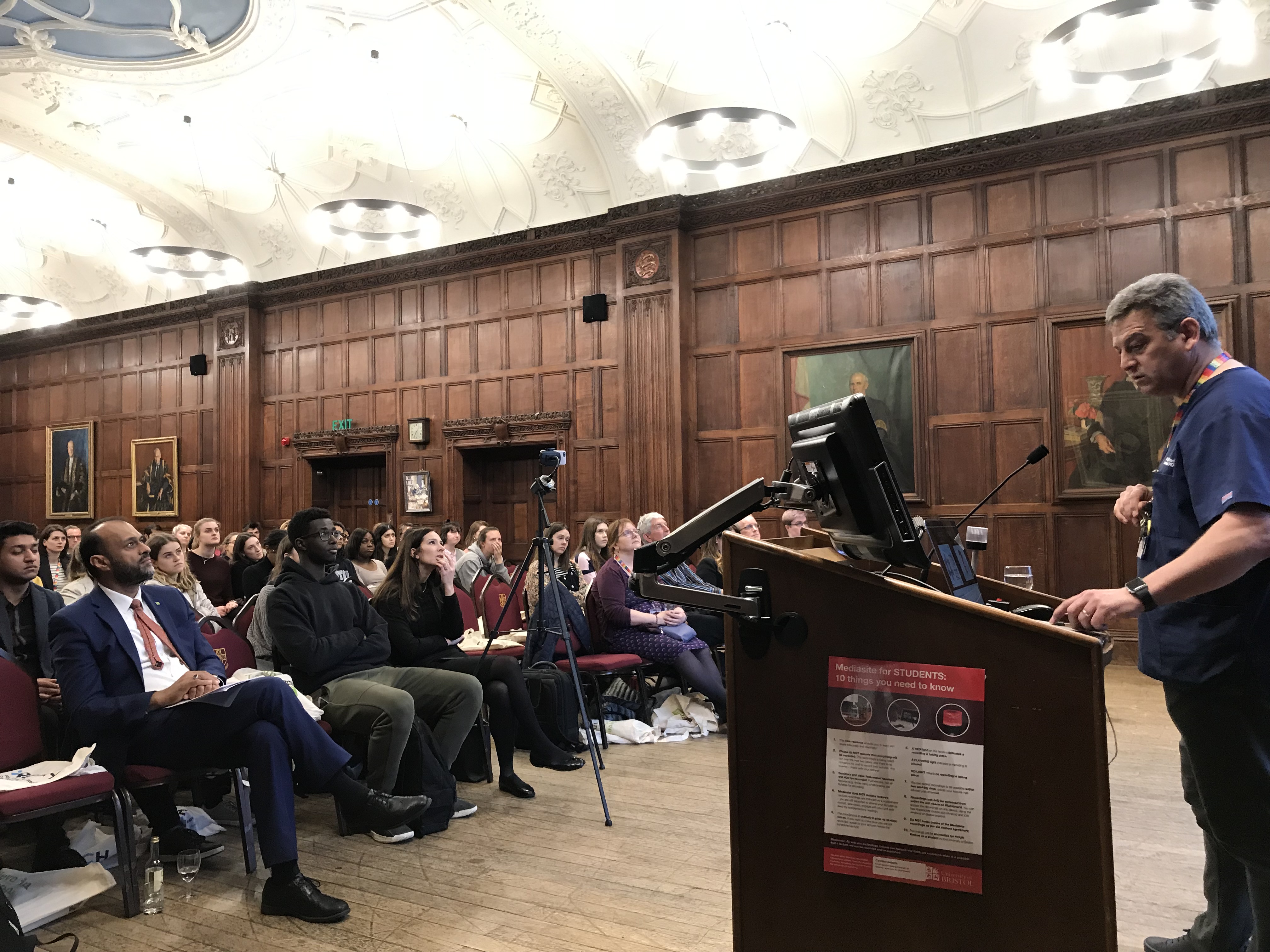 Dr Javed Khan then took to the podium, introducing the audience to Barnardo's and their work, which helps to support over 300,000 of the most vulnerable young people and children.

Dr Khan offered an insight into his own Kashmiri background, telling the audience how his parents' 'dogged resilience' upon arriving in the UK inspired him to get where he is today. He explained how lucky he feels to have a privileged position from which to help the most vulnerable.

As the first non-white CEO of Barnardo's, he also reminded the audience that we must not ignore problems of discrimination in the workplace and at university. He noted that 'British Muslims are living through a period where Islamophobia is accepted, it has passed the dinner table test', and that this must be tackled not ignored. 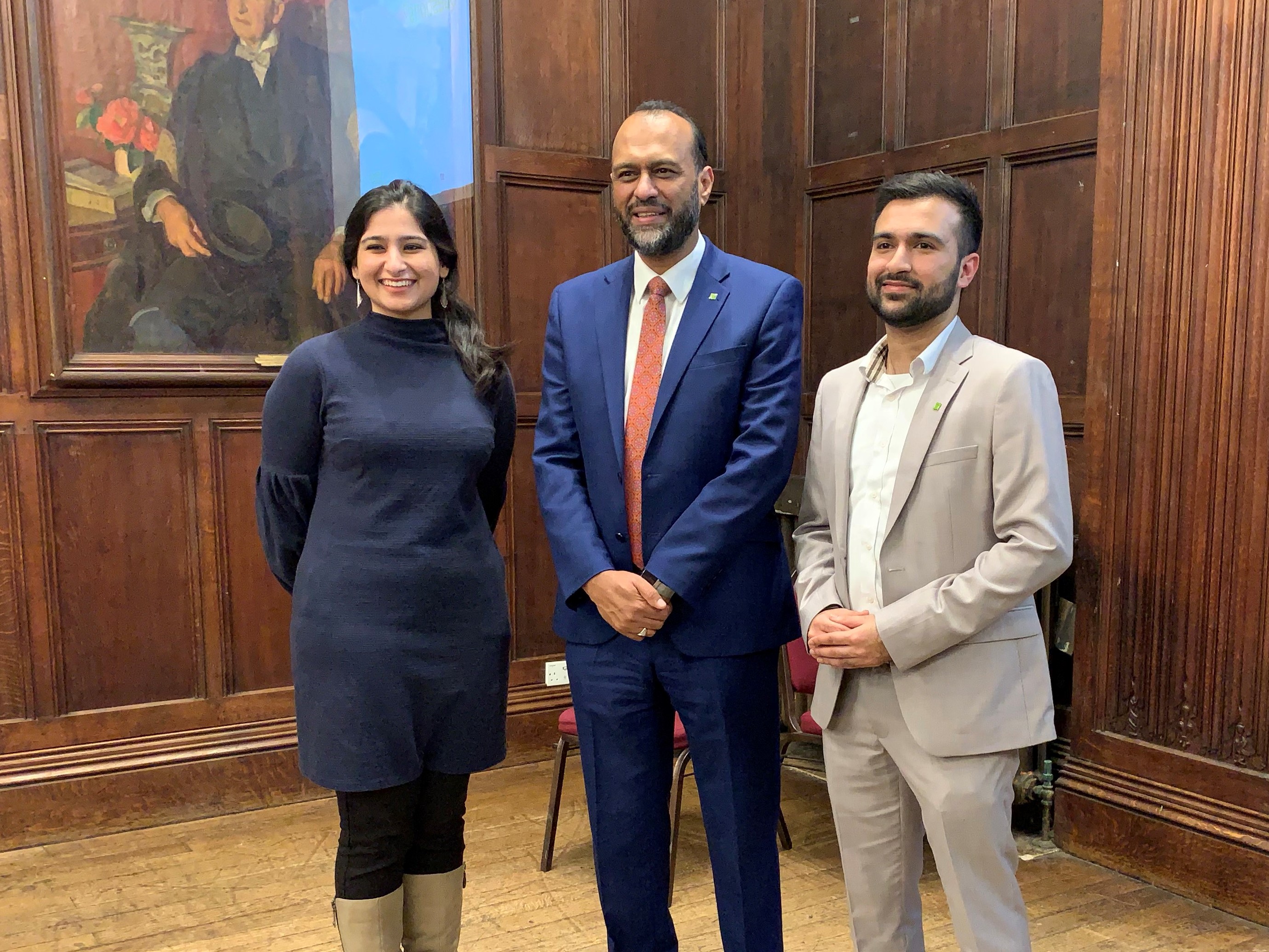 Dr Khan noted that health and social care have often been treated as seperate issues, but that Barnardo's are working to tackle them as two parts of the same whole. A child's health does not function seperately to the social care they receive, but rather both issues influence each other.

Reiterating Dr Grant, Dr Khan noted that four million children in the UK are living in poverty. As the 6th largest economy in the world, he said that this was a 'disgraceful statistic'.

Dr Khan also warned about the possible impact of a no-deal Brexit, which would throw a further 200,000 children into poverty.

Dr Javed Khan said 'if Brexit happens we are going to see a wave of new challenges (...) it will hit the poorest'.

He added that 1 in 8 school children now has a diagnosable mental health condition, with Barnardo's witnessing the fastest rising challenge of social anxiety in teenage girls.

Moreover, 27,000 children are members of gangs and 88% of social workers are unable to give the children on their caseloads the time and support they need.

Dr Khan argued for the necessity of youth and community centres to provide safe spaces for vulnerable young people, and noted that help from health professionals early on can help prevent later problems with child mental health.

'Children's mental health care is in crisis, something has to change'

Barnardo's provides thousands of services across the UK, including their new SOLAR service which provides timely mental health support for young people in Solihull.

Dr Khan directed his attention to the audience, made up of many Bristol medics, and said that medical students can 'create the future'. He asked that when today's students are in positions of inflencing child health, that they think broadly about the challenges faced by the most vulnerable.

Speaking to Epigram, Shamus said that 'It was a huge honour to host (Javed's) time on campus and introduce him to the future leaders of our generation. I would like to thank our attendees for their support, our sponsors for their generosity, and members of the Faculty of Health Sciences for supporting my vision with this initiative.'

If you would like to get involved in the work Barnardo's does, you can volunteer in local services and shops, run a fundraising event and campaign with the charity.

Did you go to the talk? Get in touch!