The scale of the upcoming intramural Varsity events shows that the University’s intramural scene is going from strength to strength.

On 27 March, over fifty intramural teams will take to Coombe Dingle’s courts and pitches to compete on Varsity Day.

This marks an astonishing 59% increase in teams participating compared to last year.

Epigram Sport caught up with the mastermind behind this increased participation, Tom Wallis - who is Student Development Coordinator for Sport and Physical Activity - about how the Students’ Union is engaging more casual players in competitive sport

‘In recent years, Varsity has undergone a transformation that emphasises greater participation’, said Tom. ‘Simply, we're trying to get more students kicking, running and competing in the series, so more people experience the thrill of a huge sporting event.’

Tom revealed that this is part of a broader shift within the University’s sport generally: ‘The #WeAreBristol Community is emphasising the participation of all athletes at Bristol, from club members, to intramural players to Fit and Fab session smashers.

‘All forms of physical activity matter and deserve to be recognised.’

Thrillingly, this year’s intramural Varsity is set to be the largest and most highly contested ever. UoB and UWE teams from halls, societies and friends are playing in knockout tournaments to crown an ultimate winner in each of football, netball, basketball and hockey.

Tom continued: ‘Whilst intramural emphasises social and relaxed sport, many of our teams have an appetite for a game day experience which might not be attainable regularly due to ability levels, course pressures or other commitments.

‘Varsity is their chance to grapple with opposition teams on a big stage with an audience. Simply, it's how we're recognising and engaging our more 'casual' players in competitive sport.’ 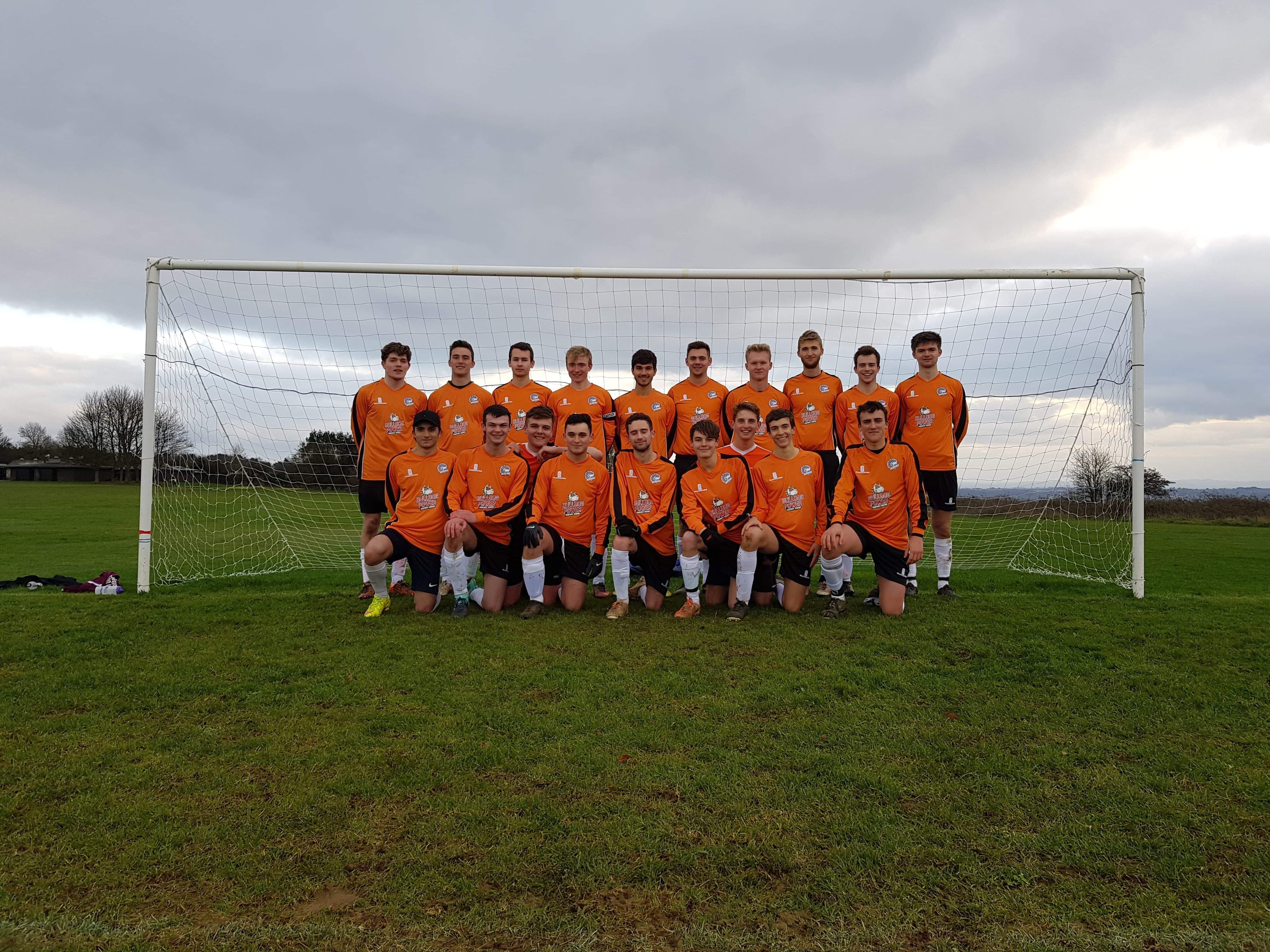 AeroSoc FC ahead of their clash with Bath Spa

The enthusiasm of all teams competing in Varsity is evident and many individuals wanted to voice their excitement on behalf of their teams before the big day.

Scott Davidson, captain of Chicken Tikka Mo Salah, is looking forward to the high-quality surfaces the tournaments will be played on: ‘We are all looking forward to getting onto the pitches at Coombe Dingle. Training has begun and hopefully we should be ready for a quality game towards the end of March.’

‘Intramural is a class way to get together and play the beautiful game. It’s a great laugh and is also a good standard of football, helping us to keep fit throughout the year’, Davidson added.

Thomas Prais, of notorious football side BOTK, sees Varsity as a swansong after years of intramural action: ‘For some of us, this will be our last Varsity after four years of service. ‘For others, it’ll be the first and they will be hungry to impress as they look to continue the legacy in the years to come.’

Captain of Past & Move FC, Sam Mills, believes that Varsity is ‘the opportunity to embrace a rivalry and play against a team from UWE, as well as measuring up against teams from different leagues in Bristol.’

Elsewhere, James Bloomfield, of Orbital Athletic, said that ‘intramural Varsity last year was the highlight of almost three years of playing intramural football. It's the perfect combination of rivalry and banter, and having a referee is fantastic.’

Michelle Louise Farrow is relishing the prospect of competing with her netball team: ‘We are excited for the challenge of Varsity and hope to show off how great UoB intramural netball is’, also adding that ‘Intramural netball is played at good level without too much pressure and it gives us vets a break from intense study. It is always something to look forward to.’

‘Varsity is going to be the ultimate challenge for Durdham Legends’, said Phoebe Ellis. ‘This fun-filled day is the perfect opportunity for a group of friends to come together, have a laugh and represent our university after years of playing together and developing friendships on and off the pitch’.

Finally, Fernan Osorno, of the North Village Stoke Ballers, sees Varsity as the culmination of playing intramural basketball every Saturday morning: ‘Over the months playing you start to recognise everyone - the basketball community. We are looking forward to the Varsity tournament where we can compete and enjoy each others’ company.’

Intramural Varsity promises to be a fantastic day of competition on a bigger scale than ever seen before in Bristol. Tickets for all other Varsity events can be found online here.

If you’re interested in getting involved in intramural sports, you can do so through your halls (ask your JCR), through your society (ask your committee) or with your mates in a group.

Let us know if you're playing in a varsity event on Wednesday 27 March!

Dye me a river: embrace your natural hair colour

'Parliament is in chaos and doesn't seem to care our futures. Let the people decide.'