'If indeed space-jazz is a thing, then The Comet is Coming are its contemporary pioneers', Max Turnpenny reviews.

With a surprisingly understated entrance, The Comet Is Coming headlined Thekla’s stage on Thursday night. The psych-jazz trio’s first song felt like an incantation to the cosmic gods or the build-up to a space launch. Danalogue (Dan Leavers) commenced the boat’s astral journey with other-worldly synths while King Shabaka’s (Shabaka Hutchings) gently rising saxophone phrases whirred around. As the track began to take shape, I overheard someone say, ‘This is so space-jazz’. If indeed space-jazz is a thing, then The Comet is Coming are its contemporary pioneers.

The Comet Is Coming bring a different approach to the current resurgence of UK jazz. The band’s saxophonist, Shabaka Hutchings, is at the epicentre of this scene, figuring as a band member in a range of acclaimed projects, including the Mercury Prize-nominated Sons of Kemet. Together, the band’s hybrid style of jazz electronica brings a heavy, irresistibly danceable groove to the scene. Their names, song titles, and synthetic form are a reflection of their own cosmic mysticism – a nod to the afro-futurist visionary, Sun Ra (whose posthumous legacy Shabaka continues by playing in the Sun Ra Arkestra).

Early into their set, King Shabaka uses his tenor sax almost like a synth to create an organic loop effect. Small moments like this symbolise the group’s ability to combine elements of jazz with a multitude of genres, styles and musical approaches. The most obvious is the electronic influence of Danalogue and Betamax’s (Max Hallett) funk duo, Soccer96, whose synths and drums propel Shabaka’s sax into space. But this barely scratches the surface – some slower tracks have a dubbier feel to them, whereas others sound almost like jazz interpreting grunge. 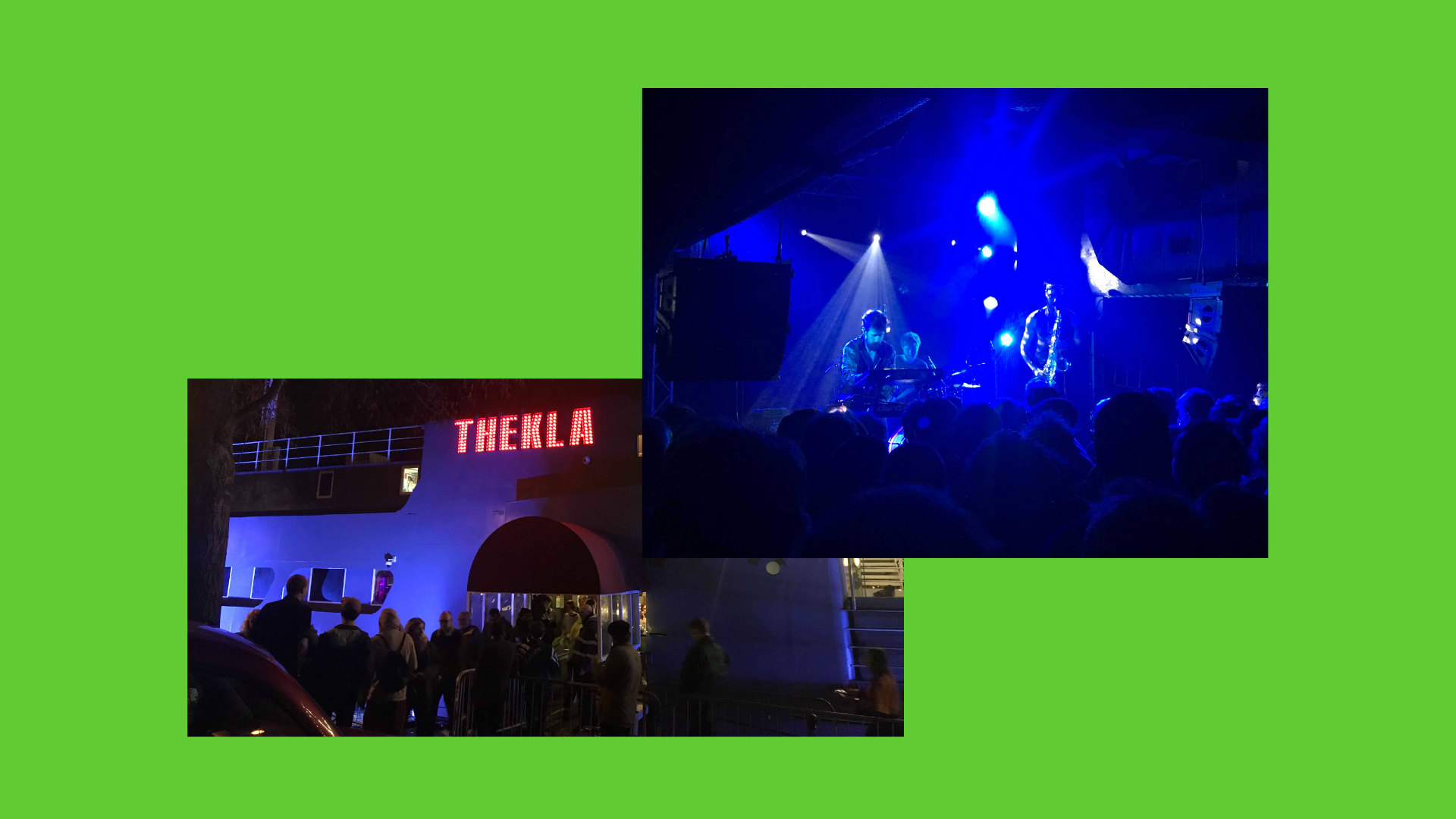 At the same time, The Comet Is Coming have the same instinctive musical relationship of a traditional jazz ensemble. Each element of the band exists separately but synchronise effortlessly with every injection of pace or breakdown of energy. The kinetic understanding builds in their third song as drums, sax and synths build into a feverish crescendo of noise.

By removing it from its usual context, Hutchings’ liberates the role of the saxophone from the rigid categories of academic jazz. His playing fluctuates between screeches of free jazz wildness, Ethio-jazz-esque melodic minor and more traditional accents. While such unconventional approaches aren’t uncommon at the moment, (note the work of experimental saxophonists like Colin Stetson and Ben Vince) Hutchings’ style remains unique. By incorporating a range of styles into his playing, Hutchings contribution traverses musical binaries, bringing together diverse sounds to create something accessible, rather than something tedious or abstract. And together, the band’s synthetic form of psych-jazz offers a way-in for both jazz aficionados and open-minded listeners curious to unravel the band’s mythical presence.

More familiar tracks, ‘Final Eclipse’ and 'Space Carnival', triggered an eruption of cheers from the crowd. But the night also offered a glimpse of their new album, Trust In The Lifeforce Of The Deep Mystery (out on Impulse! later this month). 'Unity', a recently released single from the album, demonstrates their ability to craft beautifully gentle jams as well as roaring cosmic bangers. It’s hard not to let your mind wander along its ethereal synth pads and soft sax over Afrobeat-style drums. Instead of propelling us through the asteroid belt, ‘Unity’ lets us float gently in the atmosphere.

Landing back on Earth and looking around for the first time as their set ended, I realised that Thekla was packed out – the crowd extending all the way to the back of the boat. At the end of it all, people (myself included) hung around, reluctant to return home after the celestial journey of the last hour.

Review / 'Stiff Little Fingers' reflective, political stance is what punk rock is all about'