Leah Martindale interviews the sub-company’s founder and director of Water, Elli Purse, also InFilm Secretary, to find out more about why it is such an important step for the filmmaking society.

‘A surreal take on the feeling of finally feeling ok.’ On February 1, Water, the first project of InFilm’s flagship group Project Elephant (derived from ‘the elephant in the room’), debuted online. The group’s intention is to be a creative and inclusive space for women, femmes, and unrepresented genders to produce cinema in an industry in which we are regularly the elephants in the room.

I spoke to writer and director Elli Purse about her involvement in the film, the project, and the necessity for these spaces in a patronisingly patriarchal industry. Purse currently serves as the Secretary for InFilm Society - organising meetings and agendas, booking rooms, and ‘general soc sec things’. Alongside this role, and her third year studies in Film & Innovation (MA), Purse is the founder of Project Elephant, and while she ran it last term, the project is now headed up by InFilm Social Secretary and Water Assistant Director Maddie Bowers.

On her aims with Water, Elli outlined a creative process spanning three years. In first year, after struggles with personal and mental health problems, Purse wrote a poem. After a stint on medication which left her ‘high as fuck’, Purse nearly dropped out of university (a loss which alternate universe Bristol University is feeling keenly) but realised that in feeling something again she had a duty to channel this, and to do things. These feelings all culminated in a poem, which she knew she must make into a film. Hence the tagline, on ‘the feeling of finally feeling ok’.

The film is a surreal and visceral take of which I suggest multiple viewings. Purse clarified for me that the trance-like state is designed to inspire introspection and wandering minds, and I am not losing my capabilities for attention in my now advanced age of 21. The audience are invited to empathise with the situation of feeling like you are emerging from an unnatural neutrality, and the subsequent rush of sensory information that can feel almost like drowning.

Monaya Abel’s cinematography is measured and artistic, with a distinct style evidenced in all her works, utilising visual depth, aesthetic texture, and an excellent command and understanding of light. Becky Orton was new to me as an editor, and did not disappoint. With slow, purposeful transitions, and an affinity for the slow fade, her work reminded me of classic Hollywood editing, as though she has experimented with physical film itself and not just digital codes and bars on a screen. 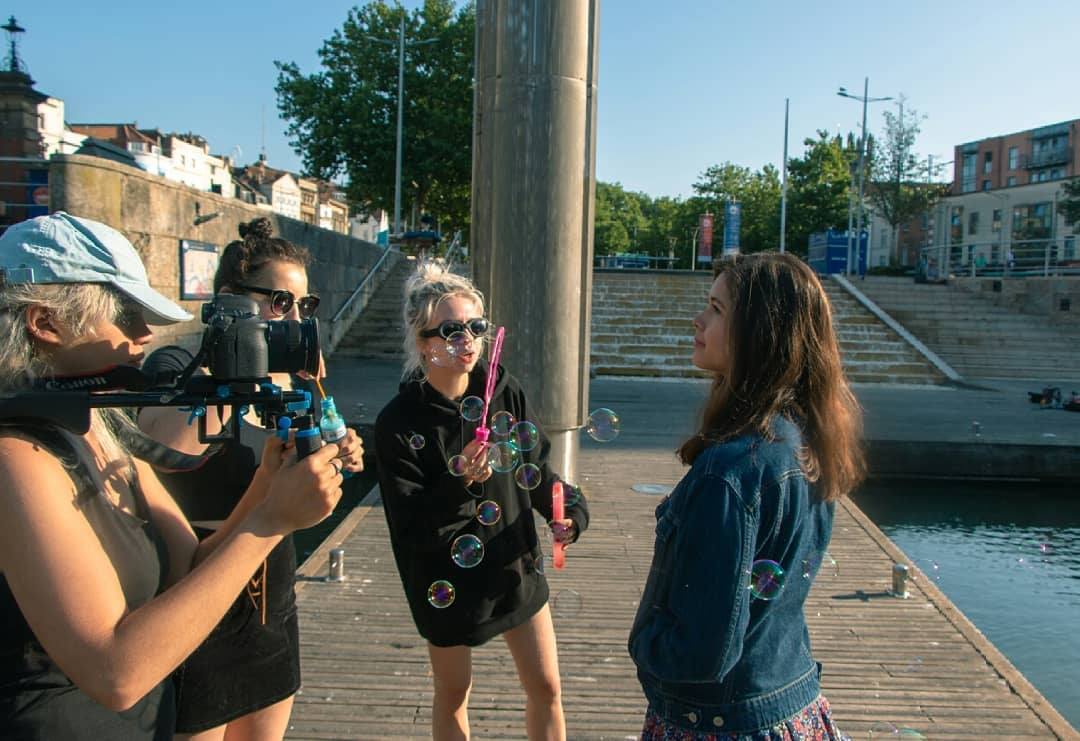 The film allows a self-reflective state, ‘five minutes of directed thought time’, which while effective can make the film feel lacking on first viewing. After the bulk of my first experience with the film came from within my own head, it felt dishonest to praise its direction or substance. However, upon rewatching, it is clear this sensation is a guided meditation in film form, with a purposeful detachment.

This effect is achieved massively by the deeply talented Paula Rüßmann’s sound direction. The slow, soft, watery audio juxtaposing suddenly with harsh traffic sounds and occasional white noise is an audio-assault that takes time to get used to, creating the exact atmosphere of being wrenched from a safe but soulless static into the heaving throng of real life.

Rüßmann was an unknown factor to me prior to the film, highlighting the necessity for Project Elephant. Purse told me how in 2017 only 11 per cent of the top 100 films were directed by women, with women’s largest presence behind the scenes as producers (25 per cent), and smallest was composers (3 per cent). Purse characterised this simply as ‘insane’, stating we ‘shouldn’t have so few women’s narratives’, and that much of her experience of women in film ‘on placements and industry is [sic] filling quotas’. On realising oftentimes they were the only woman in the room, Purse’s company realised these companies were simply scoring ‘woke-points’. ‘Why would we need other women? We’ve got you.’ Purse mimicked. 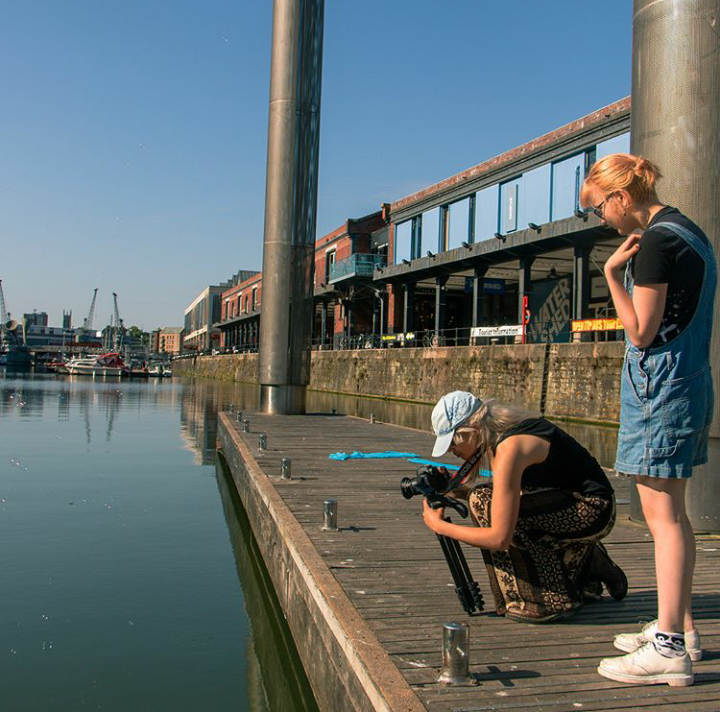 Once, a member of Project Elephant worked on a ‘lovely’ set, who had tried hard to have more women and had achieved a near 50/50 split, and yet still many of the major roles (director, writer, DOP, and head of sound) were all men! It is undeniably hard to find women in the film industry, and especially hard to build confidence in the women you have. Purse theorised that women find it easier to make things and have equal say amongst other women, which then allows you to go into a room full of men with confidence and experience behind you and show what you can do.

Asking Purse to summarise her aims for the sub-company, she described it as ‘just a thing!’, characterising her happy-go-lucky and all-inclusive attitude to the group. The group aim to make three films this year (including Water) and then hopefully pass the baton to next year’s committee, one which will contain equally talented and dedicated women as InFilm are lucky enough to have this year. Purse hopes the company will be bigger next year - hopefully growing into a regular femme filmmaking voice.

While the crew was confirmedly all-women, of course the nature of filmmaking process must be reliant on the labours and belongings of men. InFilm Production Manager Clement Jochem helped deliver equipment and kit, as well as taking behind the scenes photos. As Purse says, there are limits to how far you can be independent when so many of the committee are men, most of the equipment is owned by men, and the go-ahead in a collaborative company must go through men!

Water is the first episode in a four-part series on the elements, with Jochem producing the rest of them, and the aim of the projects is to work together as an artistic collective. While this is not under the Project Elephant umbrella, the crew is likely to stay the same. As Purse says: ‘Now we’ve found them, the creatives are there! But we don’t wanna only make women-only films.’ There are equally talented men. This is just about getting a foot in the door, and more elephants in the room.

My final question to Purse was ‘How could someone be a part of Project Elephant?’ The simple answer is, they could email infilmbristol@gmail.com and say Project Elephant in the title. It’s that easy! Pitch your ideas in the email if you have any, as they are especially keen on producing new and exciting content. They’re currently looking for crew for Lost in the Supermarket - this term’s final Project Elephant creation - so if you are a woman, femme, or someone of an underrepresented gender with an interest in cinema, send them an email and Maddie will get back to you. If not, I highly recommend still joining InFilm, since as the Project Elephant women have proven, there can never be too much talent in a room.

Female or femme students of Bristol: will you be joining Project Elephant?