It’s odd how a very personal, autobiographical film can feature the filmmaker’s younger self so rarely compared to the surrounding characters. Yet Ray & Liz, originally conceived by Billingham as three short films ten years ago, makes sense in how it presents the narratives of Ray, Liz, and Jason more than the artist himself.

‘If I was in it too much, it’d be like a selfie,’ Billingham said in a Q&A at Watershed. ‘I tried to keep it authentic to my own memory [and] asked lots of specific questions of Jason as well [during the production process].’

It also is clear that the debut director’s career so far has been photography; the first exploration of his parents in his work came in a series of snapshots collated in the 1996 book Ray’s a Laugh. The film is more like a set of moving pictures, a keen eye observing Richard’s alcoholic father Ray (Patrick Romer, playing the older incarnation) shake as he pours himself a glass of homebrew from an unlabelled, two litre, plastic bottle and subsequently gulp it down to the visible effort of his throat. Billingham claims he does not watch many films and always wanted to be a painter, drawing personal inspiration from Edward Hopper rather than Hitchcock or Kubrick.

The film’s recreation of the 1970s British working class is accurate of its harsh, bare reality and yet Billingham’s eye for detail transforms it into a set of absorbing images. ‘Making everything from lived experience [rather than studying existing films] avoids tropes. I looked at a lot [of paintings] in the library [growing up] and I absorbed that language. I liked the ones with goodness, which seeped into my consciousness. The use of paintings [in the film] is not incidental.’

Clearly, much deliberation has gone into the creation and framing of Ray & Liz; choices such as the use of 4:3 aspect ratio and 16mm film are far more than just artistic gimmicks. Rather, they were chosen to mimic the mediums of the era, and the whole film is steeped in nostalgia for a less digital time. This warm feeling is particularly unexpected when considering the context of the story: Ray (Justin Salinger in the younger role) and the chain smoking Liz (Ella Smith) blatantly ignore their two children as they try and scrounge enough money to cover their self-destructive habits.

However, when discussing his childhood, Billingham explains that was all he knew. ‘Back then, you didn’t know what other people had. There was no advertising, no social media, no envy.’ In fact, he even hints his creative streak could be as a result of the deep neglect he suffered as a child: ‘Not having horse riding, I had a lot of time on my hands and a lot of freedom as a kid.’

One of the finest British films of this or any other year, Richard Billingham’s extraordinary Ray & Liz opens tomorrow. If you even think about missing it, Liz is not going to be happy…https://t.co/rAexPGjmKR pic.twitter.com/ZKUn9Xi3yc

It’s remarkable watching a film like this today in the cinema - it really does feel like transporting yourself not only in time, but into another family’s reality. The council blocks filled with flats enclosed by tatty green wallpapers are claustrophobic and closely packed communities, the slow pace exacerbating every itch you have in your seat; the close ups of Ray and Liz are particularly intrusive of their flaws; the sounds of flies and budgies and dogs - the Billinghams have an ever-rotating cast of pets - occasionally chime in to comprise a sparse soundboard.

It all contributes to a gut-wrenching realisation that this was their life, one made all the more brutal when Liz ‘pummels’ her nervous, chattering brother-in-law, Lol (Tony Way), after he’s tricked into downing all of their booze by rogue elder child, William (Sam Gittins), or when a very young Jason sleeps all night in a cold shed, shivering, rather than return to his wretched home. 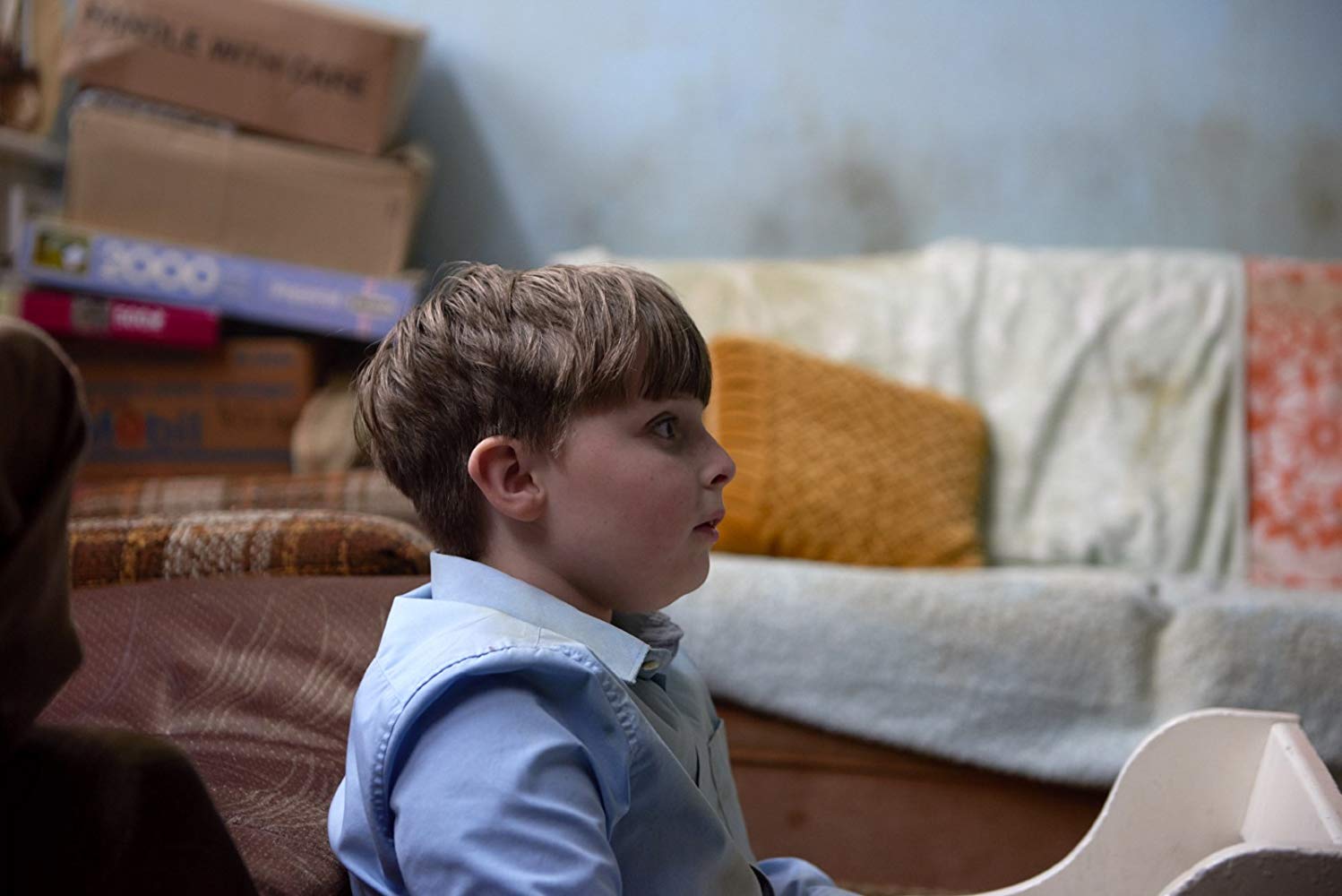 In that regard, Ray & Liz fits fairly neatly into the recent canon of high quality films depicting several aspects of the British working class, such as This Is England (2006) and I, Daniel Blake (2016). Billingham’s personal investment, however, sections this off as a rare piece of work outside any political motive, cinematic trend, or dramatic adaptation. The distant, unbiased perspective on his mother, father, and other family members, especially in the scenes where his ageing, debilitated father lives out his remaining years rejecting food and the outdoors for his homebrew ritual, suggests his sole intentions as a filmmaker are authenticity and familiarity. The result is a powerful set of moving images capturing a childhood of neglect in a less connected world.

Some may see the setting as bleak, some may simply admire the photographic skill, but I am personally unsurprised Ray & Liz received BAFTA recognition in the form of a ‘Outstanding Debut’ nomination, and regard this as a rare, non-commercial entity with genuine artistic integrity.

Have you ever seen a 4:3 aspect ratio film in the cinema?