Paddleton fills a gap in the Netflix catalogue, but doesn’t nail its realist themes

Mark Duplass and Ray Romano front a much-needed exploration of male friendship and the struggles of expressing love within one, but it underplays its key moments to miss out on being an emotional powerhouse.

In this self professed ‘understated’ comedy Mark Duplass and his co-writer and director Alex Lehmann curate an inconsequential and mediocre tale of the effect of euthanasia on a relationship. Perhaps the most damning yet slack comment to make here is: I can see what they’re trying to do. An antidote to the teenage melodramatic cancer film, an apolitical film, and a story focusing purely on human connection are all abysses in film needing to be filled. However, the mark has been undershot in Paddleton.

There is a plodding, painful inevitability to this film, and not due to the predictability of the terminal illness arc. It is more due to the emotional model of communication which is established between the two leads, Michael (Duplass) and Andy (Ray Romano), early on. We see these men struggle to successfully display emotion and affection, and can guess this will be partially resolved due to Michael’s illness and subsequent death. This is exactly what happens. We reach what can only be dubbed as a cringeworthy and chronically formulaic ‘I love you’ between the two friends, one tragically after Michael has died. 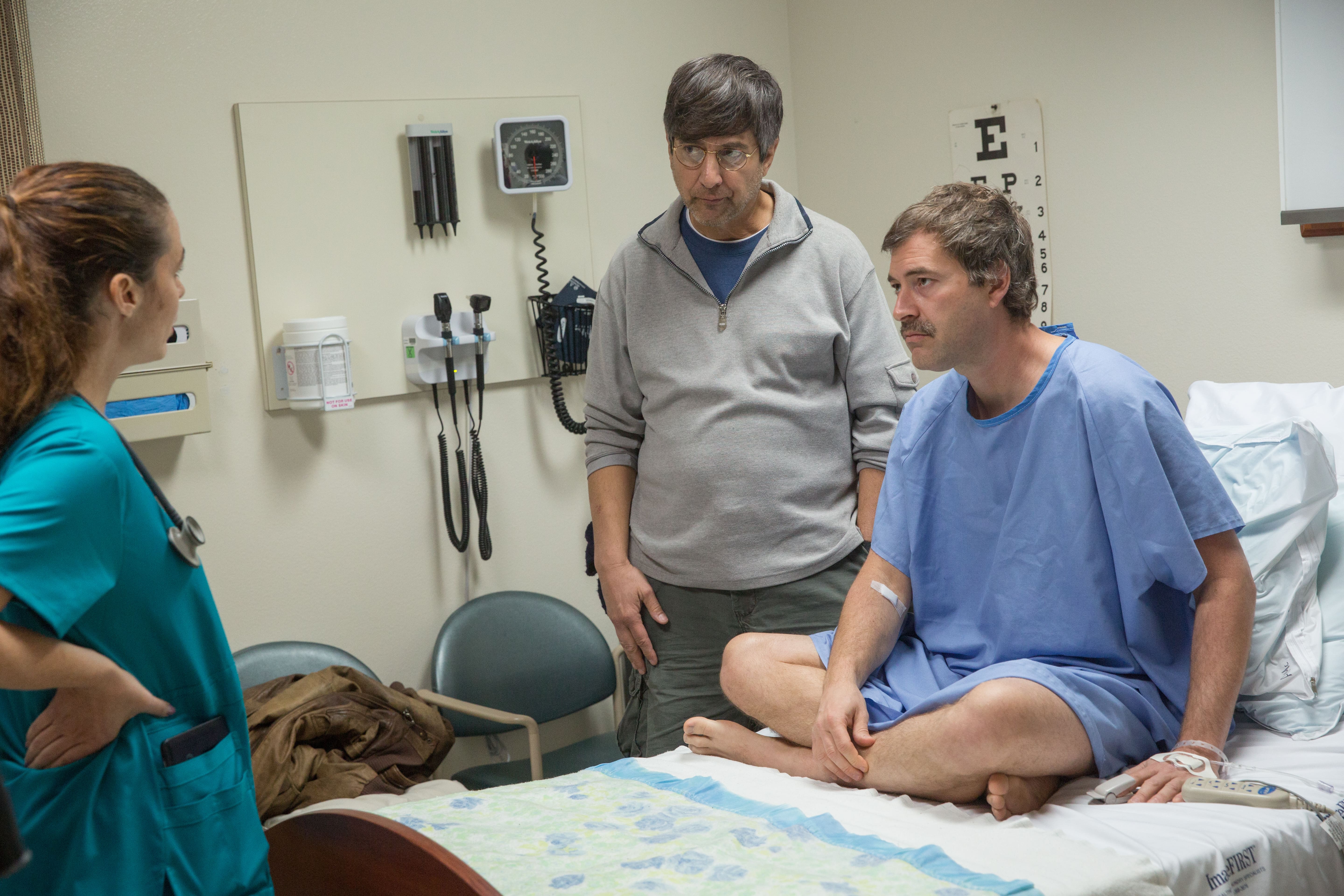 From a female perspective, I find the study of masculinity and platonic relationships here interesting: there is a romanticism to the friendship which makes their codependency occasionally moving. This is due to the sensitive and subtle direction of Lehmann - who seems to successfully illustrate some charm in the relationship. Along with the writing itself, the eminent focus of the film is the enigmatic yet endearing value of the symbiosis shared between the two men, which is often communicated through silence. This lacking dialogue is refreshing to an extent. However, the psychic bathos that is extrapolated throughout the film falls far short of the expected crescendo at the end.

The realism of the story is clear in the long takes, single frames and muted, exposed palette. Overall, there is a pleasing aesthetic. The addition of the achingly beige costume and bland interiors decidedly tugs at you to believe in this world.

Arguably, this is the intention of the story. The audience is not be rewarded with a Hollywood answer: life is bleak, meaningless, and all of us will die. Nevertheless, I think we can agree some general extraction of emotional response from the audience is at least slightly essential in gaining sympathy and interest during any narrative. 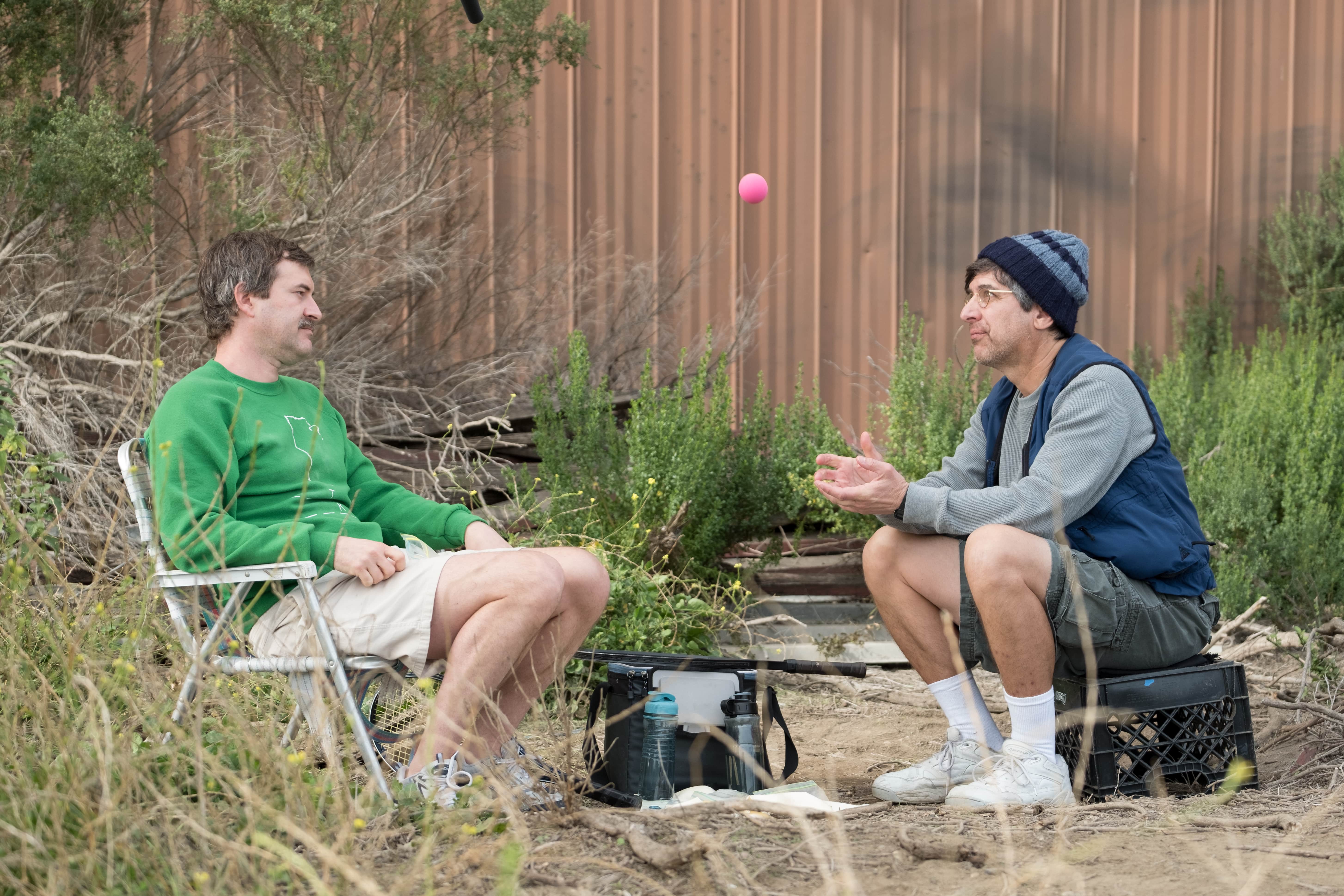 To be generous, this is a nice film. It captures some of the charm of the mundanity of life, and Ray Romano’s acting merits particular praise. He beautifully expresses the stunted exasperation of a middle aged man living a dazzlingly average lifestyle. He is restrained, likeable and imbues the film with a much needed ‘understated’ charisma - gifting what would otherwise be a tired plot to some level of animation.

Paddleton is different and indulgently challenging, but undoubtedly populates a very empty space in the Netflix library. While I would not enthusiastically recommend this, there is undoubtedly skill behind its realism.

Does Paddleton do its heavy subject matter justice?

Pancake day: the top of toppings