After a 7-4 win over Cardiff in the penultimate league match of the academic year, a varsity victory over local rivals Exeter will all but secure the championship for Bristol.

The pivotal showdown in the Anson Rooms on Tuesday 5 March is the team’s biggest night since Rob Angel led them to a historic victory over UWE at Walkabout in November 2017.

The evening at the Students’ Union promises to be a fantastic spectacle, with a crowd of up to 500 people, announcing by professional MC John Fowler and live coverage by UBTV.

Club president Henry Malby was in a reflective mood ahead of a famous night and the possibility of leading his team to the Target UDUK Big Weekender - hosted this year at The University of Newcastle - as southern champions:

‘Capitalising on great foundations from ex-president Rob Angel, darts has exceeded my wildest dreams at Bristol.

'Just being a founding member of the SUDL was enough, but now we’re within reach of greatness. Everyone in the squad can be proud of what we’ve achieved.

‘Our star man at the oche, Anthony Crilly, has crushed every man who dared face him. Therefore, in our sporting nature, we’ve declared him ineligible for the Exeter game.’

Malby added, ‘the numerous hours on the boards have put us where we are, but it is our ethos and the fans that keep us grounded.

‘I look forward to seeing you all there for what could be the greatest night of our lives.’

To put the title within their grasp, Bristol have bounced back well after a heavy 9-2 defeat in Swansea in the first game of the season.

Subsequent away days brought a 7-2 victory over Cardiff and a 9-2 drubbing of Exeter, while the loss against Swansea was avenged with an 8-3 triumph on home turf on 16 February featuring a monstrous 120 checkout by Billy Clift.

There have been many notable performances over the season, but Brandon Arthur record of winning every game he has played is particularly remarkable.

Elsewhere, Bertie Lloyd landed the first 180 ever in the SUDL and Henry Malby leads the way in the Captains’ Cup - competed for by each club president.

Meet the seven chosen to play in the singles ties in front of an expectant home audience: 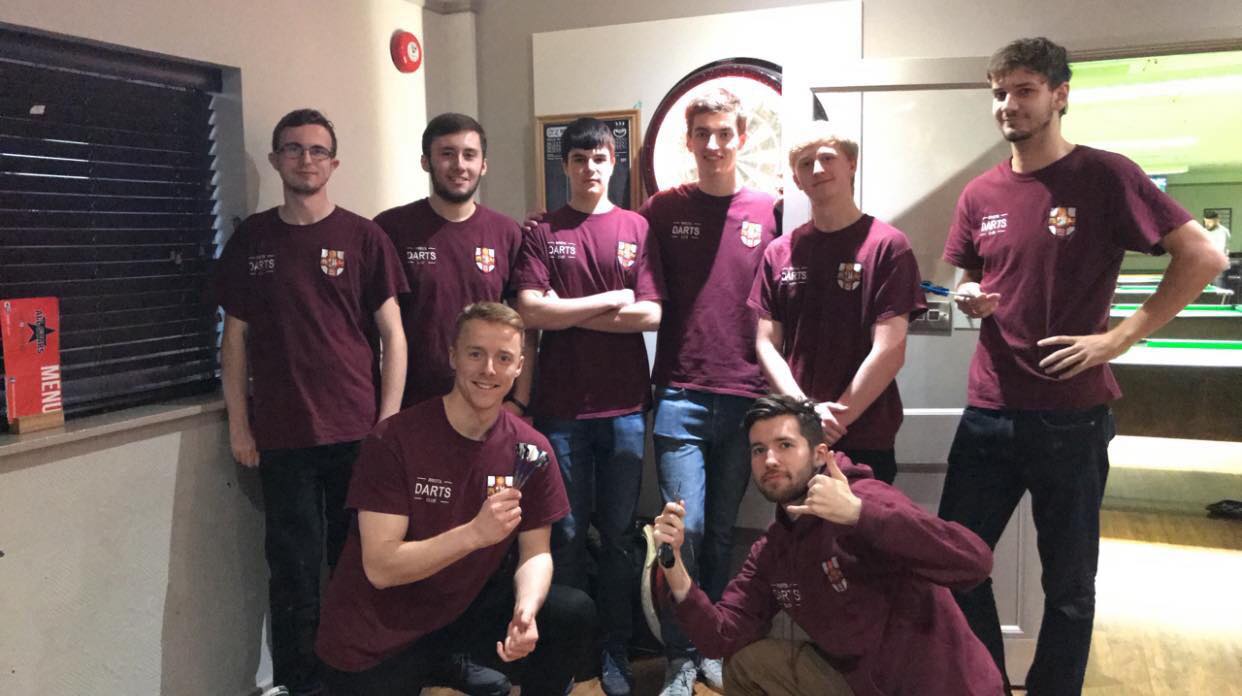 Bristol will take on Exeter in seven singles games including the Captains’ Cup, three doubles matches and two triples contests, with each format a best of 3 tie.

Ahead of the clash, club vice president Bertie Lloyd said ‘Exeter were a formidable opposition in the away fixture, so we will have to be on our game to produce a strong performance in front of our fans.

Tickets for the event can be bought via the Bristol SU website. For those looking to play darts in the future, the club meets on Tuesdays at 8-10pm at Allstars Sports Bar. The evenings are free, sociable and open to those of all abilities.

In the meantime, Bristol’s darts players await the chance to etch their names into the history books.

Tickets for the event can be bought here

Will you be attending on Tuesday? Let us know what you think the outcome will be!

What I'll miss about travel post-Brexit