The comedy actress once again proves she has the ability to produce big laughs in this Netflix film, but the film questions the dated stereotypes of its genre before succumbing to them anyway.

Isn’t It Romantic is Netflix’s latest adventure in original feature-length filmmaking. Centring Rebel Wilson as the cynical yet ‘beguiling’ protagonist Natalie, the film’s main premise borrows heavily from the 13 Going On 30 (2004) and I Feel Pretty’s (2018) of the world, where a woman suffers a bump to the head and wakes up in a parallel life. In Isn’t It Romantic, the overlooked, overworked Natalie wakes up in ‘the Matrix for lonely women’, a perfect rom-com universe.

The film’s main draw relies on its audience’s familiarity with the tropes and traditions of romantic comedies. With timeless quotes such as ‘I’ll have what he’s having’ from When Harry Met Sally (1989), unrealistic musical moments making the audience and protagonist alike ask ‘how did everyone know the choreography?’, and all the aesthetic trimmings, Isn’t It Romantic is a constant nod to the audience, funny in itself and in its meta-romantic self-referrals.

Set in New York, we are introduced to the majority of the primary cast within minutes, with some heavy exposition explaining Natalie has to make a big pitch at the architectural firm she works for. This trope of the nameless ‘big pitch’ is reused over and over, poked fun at from every angle. After Natalie is mugged on the subway by a man she believes to be flirting with her, her world is turned upside down and into the world she so hates.

Much like Enchanted (2007), Isn’t It Romantic is set in a make-believe New York - that ‘doesn’t smell like shit’ - with choreographed dancers in what is probably Central Park and singular steel pan drummers. Refusal to sing at karaoke turns into a synchronised four part Whitney Houston serenade with choreography to rival Mamma Mia! (2008), and an inexplicable whistle register. 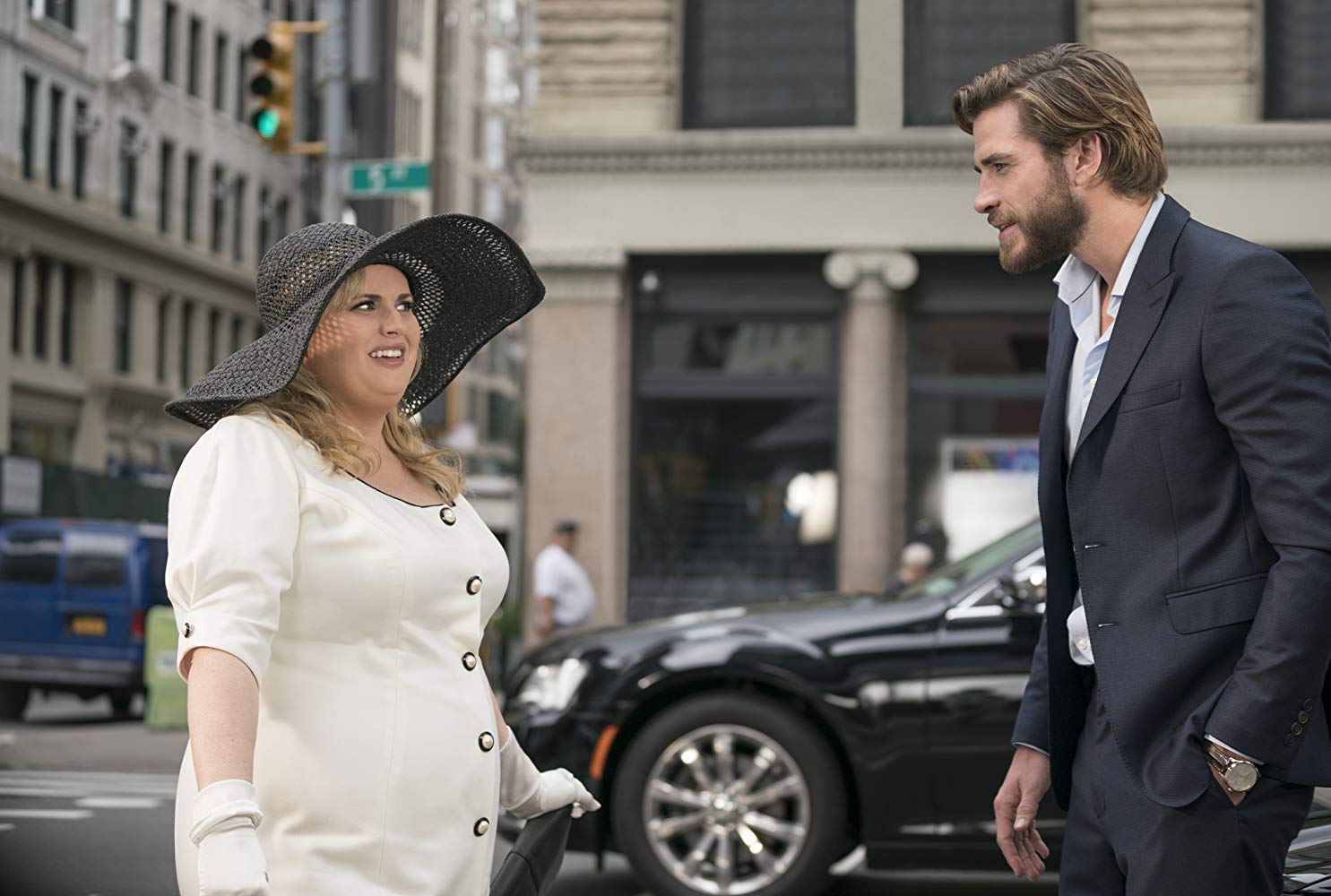 The film makes reference to the gay best friend (GBF) tradition and the idea that two women in a workplace must hate each other, with a reductio ad absurdum approach that extends the stereotypes so far they are truly ridiculous. One of many personal favourite lines is ‘I don’t need a play-by-gay.’ - classic Wilson. Natalie experiences the world as we see it, so every time she tries to get some action and it cuts to the next scene before she can reap the rewards, hilarity ensues.

As a long-time rom-com hater, Wilson deduces she must find someone to love her to escape this world, in her own symbolic red slippers’ clicking. Battling the counter-‘love’ interest - ‘yoga ambassador’ and swimwear model Priyanka Chopra - and the ‘nice guy’ who is actually kind of a jerk, Frozen (2013) levels of rushing into things and a GBF who appears out of literal thin air, Natalie’s journey is of course a funny one.

Wilson plays hilariously off of Adam DeVine in a Pitch Perfect (2012) fan favourite pairing, with Liam Hemsworth and Chopra as the assigned ‘love’ interests. With Brandon Scott Jones - recognisable from the most recent The Good Place (2016-) season finale - and Netflix series GLOW (2017-) regular Betty Gilpin as the traditional rom-com sidekick roles, and even a cameo from Jennifer Saunders and an awful Aussie accent, the cast is brimming with talent. 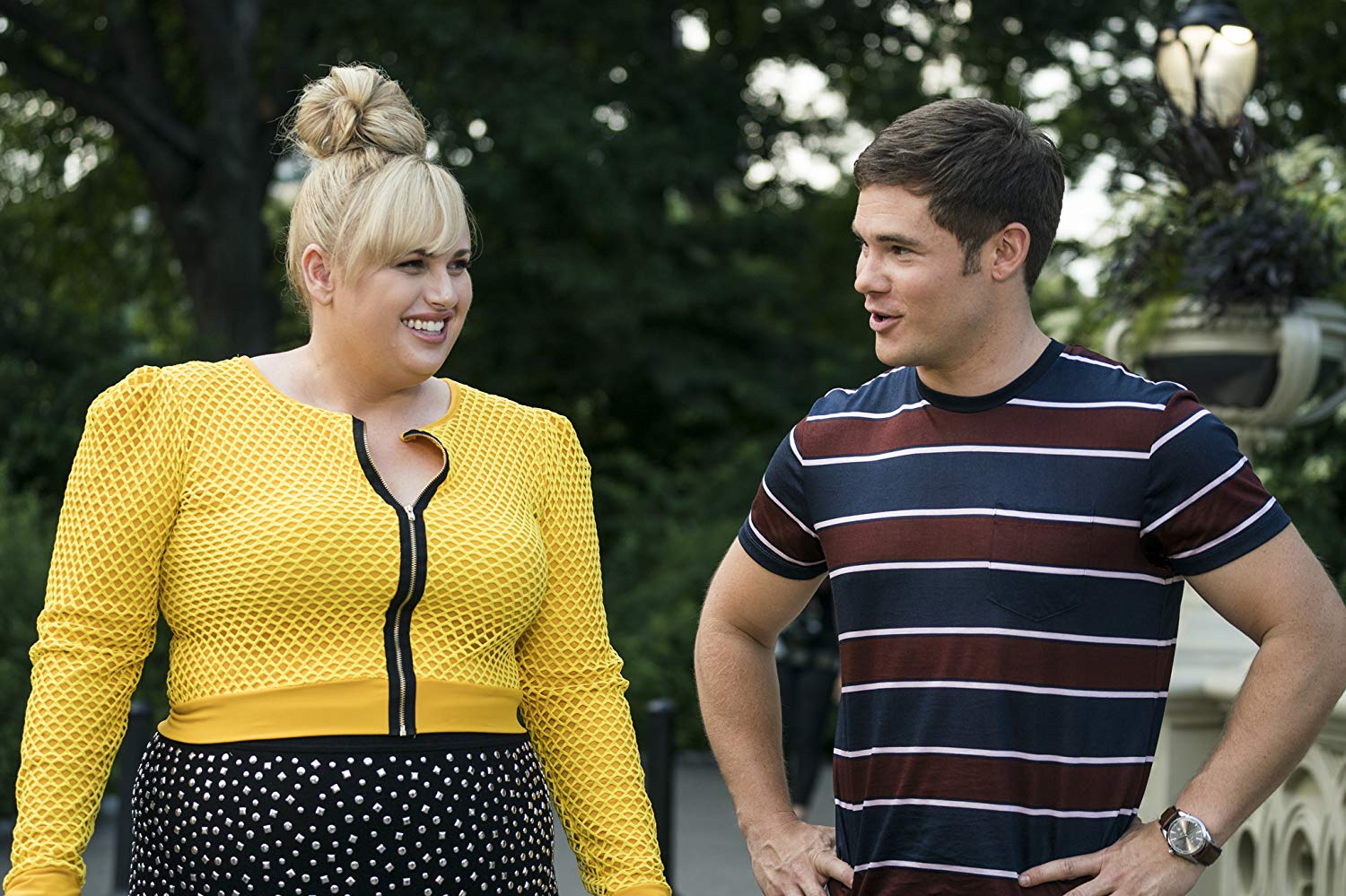 For a film so preoccupied with the technical tropes of the genre, mocking the classic quick cuts of dramatic romantic moments, the editing is at times sloppy, with notable continuity errors at multiple points throughout the film, including before Natalie’s entry into rom-com world. The film is otherwise sleekly produced, however, and every inch is befitting the wink-to-the-audience self-referential themes.

Considering Notting Hill (1999) is mentioned in the first few scenes, it is somewhat surprising that Isn’t It Romantic perpetuates the racially homogenous capital city - be it London or New York, seen in the ilk of Friends (1994-2004) - for which Richard Curtis is notorious. Besides Chopra as Rebel’s love rival and a handful of stern looking black men running offices, I am hard-pushed to recollect many more instances of diversity in the cast.

While the Bechdel test is debatably effective in determining the actual merits of a film, it’s worth noting that my flatmate and I struggled for a while to recall if Isn’t It Romantic actually passed it. A film deriding the tropes of classic romantic-comedies does fall a little flat given it perpetuates some of the most engrained themes in the genre. With a premise revolving entirely around self-love and how antiquated insidious the ‘a man must complete you’ storyline in these films are, it is a shame to see it fail in other areas of modernity.

For a film that has been in some form of production since 2016, the film is not all that. While there were definitely some belly laughs had, I doubt the film will scream for a rewatch any time soon. Much like How to Be Single (2016), Wilson’s role shone in an otherwise average film. Well worth a watch for a good laugh and some introspection, but not much to write home about.

Would you like to wake up in a perfect rom-com universe?

What I'll miss about travel post-Brexit