'A space for religious people to discuss their similarities and differences': Bristol's Interfaith Week

From Monday the 18th of February to Sunday the 24th of February, Bristol university hosted it’s very own Interfaith week. This week brought students from all different faiths (or students of no faith) together. The societies involved in orchestrating these amazing events were: JSOC (Jewish society), ISOC (Islam society) CU (Christian Union), Hindu Society, Sikh Society, Zen Society, and KCSOC (Krishna Consciousness society). I want to take this opportunity to personally and publicly thank Khadija Meghrawi from ISOC who spearheaded this whole campaign. In my opinion this unique and very special week was such an important display of unity, cooperation and tolerance.

I found this week especially valuable, because for me this was the first-time I had met people from so many different faiths. From the ages of 11-18 I attended a Jewish school, which meant that nearly all of my friends were Jewish, almost all of my religious education had been exclusively Jewish, and I hadn’t really had the chance to meet people who weren’t Jewish. As someone who has a huge interest in theology, I yearned to learn more about different religions, their practices and their beliefs. Interfaith week created the perfect environment for this to happen. It proved how easy it is to meet and learn from people from other faiths, whilst remaining resolute in your own beliefs. 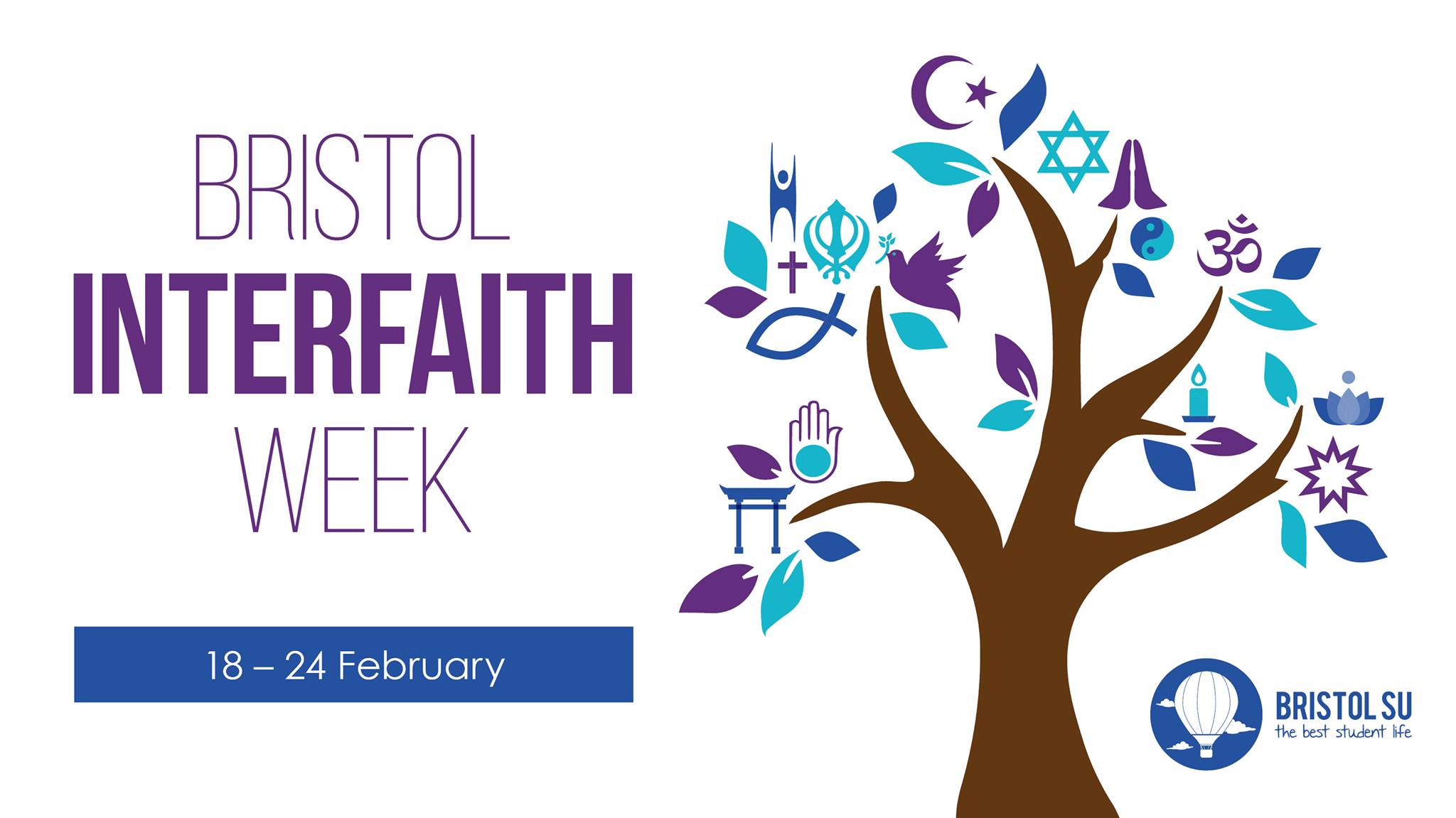 The week kicked off with an inclusive vegan Friday night dinner hosted by JSOC and cooked by the JSOC committee. Whether people just turned up for the three-course meal or because they were fans of the hit television series, there were 50+ people in attendance, a great start to this incredible week. On the following Friday, students also had the opportunity to experience Jummah, Friday prayer, a traditional Muslim practice. On the Sunday, many had the chance to partake in a zen walk, a form of walking meditation. All three of these events gave people the chance to experience other religious practices.

'students also had the opportunity to experience Jummah, Friday prayer, a traditional Muslim practice. On the Sunday, many had the chance to partake in a zen walk'

On the Monday evening, all were invited to participate in a quiz where people from different faiths had to work together and test their religious knowledge. Whilst it was all fun and games, it highlighted to me, my limited knowledge when it comes to so many other faiths. Ignoring the fact that I embarrassingly got one of the Jewish questions wrong (so much for 7 years-worth of Jewish education) I struggled to answer pretty much all of the questions that were about other faiths. This really highlighted to me how much more there is to learn about faith and G-d beyond the limited perspective offered by Judaism.

'By focusing on the positive messages of religion, the principles of giving and charity, all the societies were able to seamlessly work together'.

The event on the Tuesday night ‘Misconceptions in Faith’, was perhaps one of the more important events of the whole week. This event allowed different faiths to address the horrendous, prejudiced stereotypes that are often associated with their religion. During a time where there is a rise in islamophobia, anti-Semitism and general hostility towards minorities and religious groups, this event provided many with a much-needed education. It highlighted the importance of education, and the dangers of ignorance. On Wednesday in a huge show of unity, all the different faith societies worked together to collect food for Bristol Refugee Rights. By focusing on the positive messages of religion, the principles of giving and charity, all the societies were able to seamlessly work together to make the world a better place, whilst also spreading a message of love and kindness.

'During a time where there is a rise in islamophobia, anti-Semitism and general hostility towards minorities and religious groups, this event provided many with a much-needed education.'

On the Thursday a ‘Where’s the Proof Event’ was held, where 5 societies brought in external speakers to try and prove G-d’s existence. This is a question almost all religious people have at some point grappled with. Whilst it was interesting to hear these experts attempt to tackle some of the most complex philosophical questions, it also provided just another great opportunity to learn about the ways different religious groups tackled the same questions. 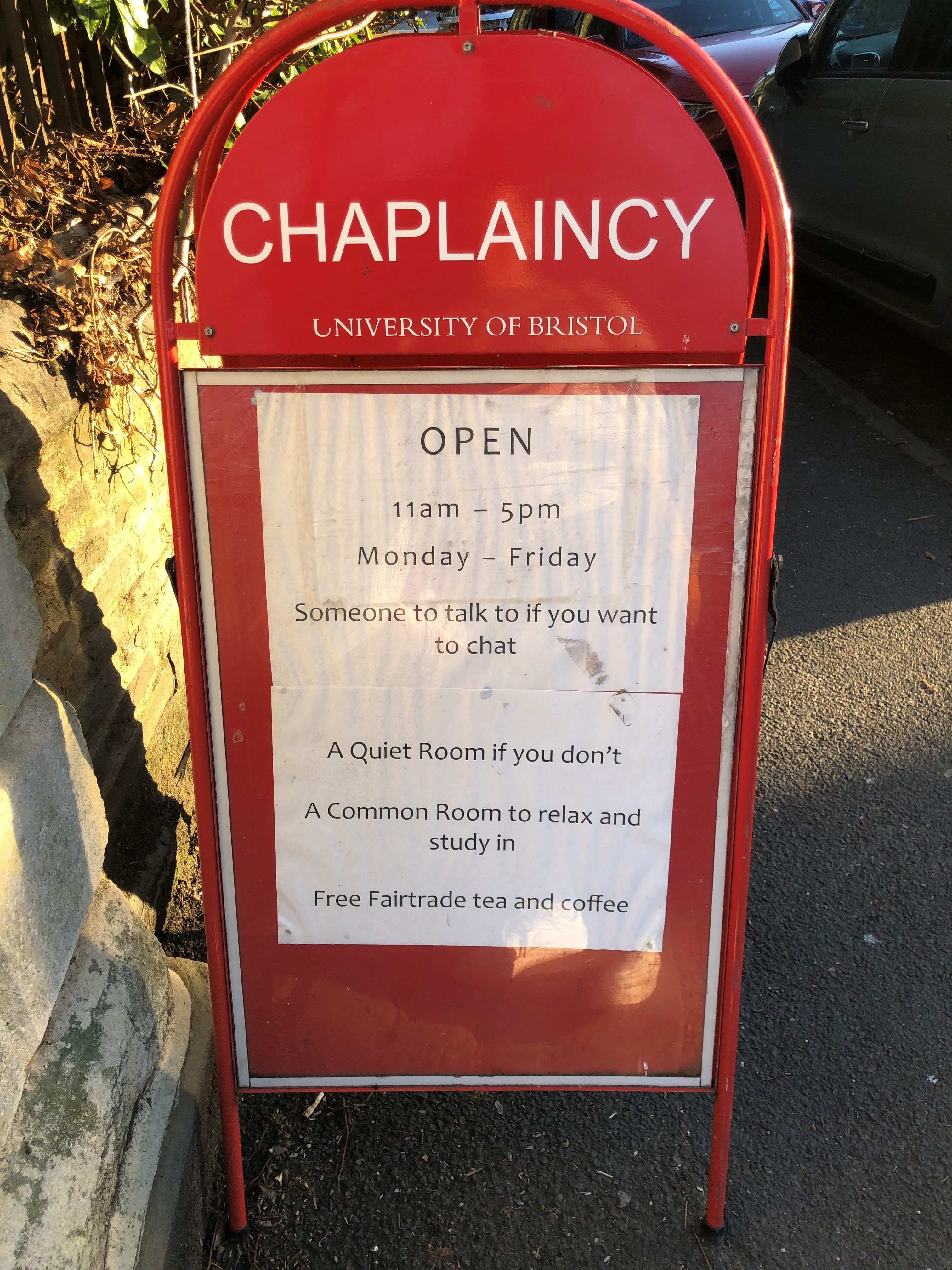 Overall the week was a huge success. It really helped unite people who otherwise would never have met each other. It created a space for religious people to discuss the similarities of their religious beliefs as well as their differences. It was striking to me how similar a lot of the religions are and how most are grounded in the same principles of love and kindness. This week allowed different faiths a chance to get together, to learn and to try and make the world a better place. An event like this better happen next year!

What was your experience of Interfaith week, or as religious student? Let us know!