The use of AI is becoming increasingly commonplace in society, but how are we adapting to the major changes it brings?

Artificial intelligence (AI) has gone from being a futuristic sci-fi trope to a real-life technology with a myriad of applications in human society. The so-called first wave of AI was born in the 1960s, and simply involved programming rules for algorithms and software to solve specific problems. Now, we are in the middle of the second wave: supervised machine learning. This includes capabilities such as image processing, data mining, and speech recognition from sets of big data; the latter is a basic feature of virtual assistants like Siri and Alexa. Autonomous artificial intelligence, the third wave of AI, is steadily emerging with development of AIs that can adapt to different situations using contextual and adaptive reasoning. Though no products using third wave technology are on the market yet, many are powering through the development phase; just last October, the U.S. Defense Advanced Research Projects Agency announced a $2 billion investment into a third wave AI project.

The technology itself is advancing quickly, but the general public’s attitudes to AI remain divided. An early 2019 report by the Centre for the Governance of AI at Oxford University surveyed over 2,000 American adults about how they view AI. Most either supported the development and use of AI, or did not support nor oppose it. 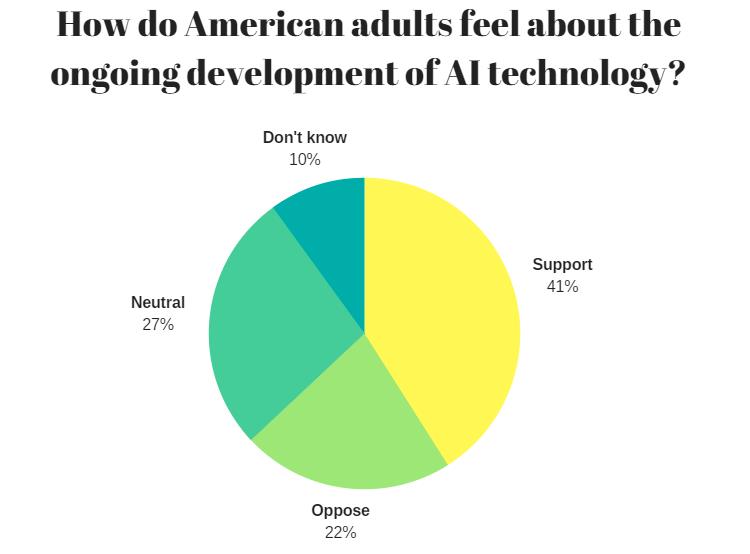 12% thought that AI could have apocalyptic consequences, and overall over a third of respondents believed that AI will have a harmful impact on society. Those who answered in support of AI were largely men with household incomes of over $100,000 and experience in programming and other areas of computer science, while those with the most concerns tended to be women and people with lower household incomes. The latter especially is not surprising: AI will most likely take over repetitive, monotonous jobs such factory work, some customer-facing jobs such as help lines, and analytics jobs dealing with big data.

However, a 2018 report by Microsoft found that although 41% of UK business leaders know that their workflow will likely change markedly due to AI within the next five years, over half do not have an active AI strategy to address the transition. Microsoft also recently named the UK a possible ‘game-changer’ in the AI industry, thanks to its “mix of start-up culture, renowned academic research capabilities, and innovative mindset”. To cultivate this AI-oriented outlook, Microsoft is launching training programmes in the UK which they hope will help to boost the number of people skilled in AI across the worlds of both business and academia. Preparedness is key, as AI could end up having further-reaching impacts than anybody can predict at this time. Microsoft UK CEO Cindy Rose asserts that AI will be “more game-changing than any technology that came before it” and that it is “critical for [the UK’s] future success and prosperity.” 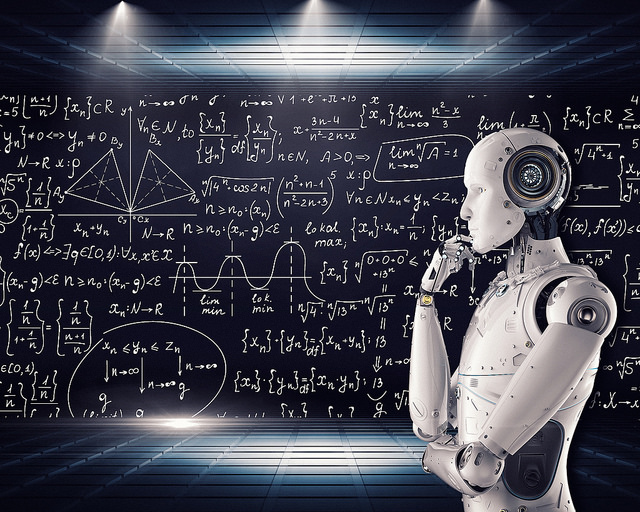 The University of Helsinki and consulting agency Reaktor are thinking along similar lines. In May 2018, they launched an online course entitled “Elements of AI”, which aimed to introduce people with no coding experience to some of the basic principles involved in AI. By last December, over 10,500 people had graduated from the course — president Sauli Niinistö even attended the first graduation ceremonies in September 2018. Finland is in a similar position to the UK; under pressure to remain competitive in a market dominated by China and the U.S.A., with the additional aim of not generating a repeat of the demise of Nokia, the country’s past foothold in the mobile phone market. However, they are rising to the challenge; Finland’s government formalized a national AI strategy in October of 2017, becoming the first EU country to do so. They are also teaming up with neighbors Estonia and Sweden, with the intention of becoming a European hub for experimental AI trials.

We may be decades away from computers surpassing humans in intelligence and ability to learn, but one thing is for sure: AI already has and will continue to change the way our society works. Though views on AI differ, an overwhelming 82% of the Americans surveyed by the Centre for the Governance of AI believe AI is a technology that “requires careful management”. So, to face future challenges posed by AI, we must at least understand its basic principles and appropriate applications — and programmes such as Elements of AI (available online for anybody to complete) are just one way of helping us do just this.

Is AI the next step? Let us know your thoughts!

How to best support your friend's mental health