Alita: Battle Angel is a visual effects success for fans of the original manga, but may put off casual filmgoers

Alita: Battle Angel is a movie with stunning visuals which are continuously overshadowed by notably glaring flaws: its stilted dialogue, one dimensional characters and a by-the-books narrative.

What could have been another titanic success under the belt of James Cameron ultimately becomes no more than a simple sci-fi action movie with a sprinkling of anime on top.

After more than a 20 year wait which saw Alita almost plummet into development hell when its initial director and screenwriter, James Cameron, stepped back into a producing role to focus on Avatar (2009) - Robert Rodriguez has taken the role of director in his stead - it would be understandable for fans of Yukito Kishiro’s 1990 manga series Gunnm (later adapted to anime OVA in 1993) to be annoyed when they see the lukewarm reception the movie adaptation has got.

But it is those fans, and of anime and manga in general, who Alita offers the most to. Anime fans will find it much easier to look past some of the weirder elements of the film such as Alita’s (Rosa Salazar) abnormally large CGI eyes, apparently designed to mimic the anime aesthetic, or the over-the-top delivery and characterization which provide the medium with a lot of its charm. They’ll also get the most out of the action sequences that replicate the style of a shōnen manga to a surprising degree of success.

Unfortunately it’s these elements that are most likely to turn off wider audiences. One scene in particular, which sees Alita fight off her early nemesis, Grewishka (Jackie Earle Haley), a hulking, massive cyborg, after losing all but one arm, her torso, and her head, would likely leave the anime fans in the room giddy with joy at how well sequences seemingly only possible in cartoon format have been brought to life whilst the rest of the people in the room are most likely confused at how ridiculous the whole thing looked. 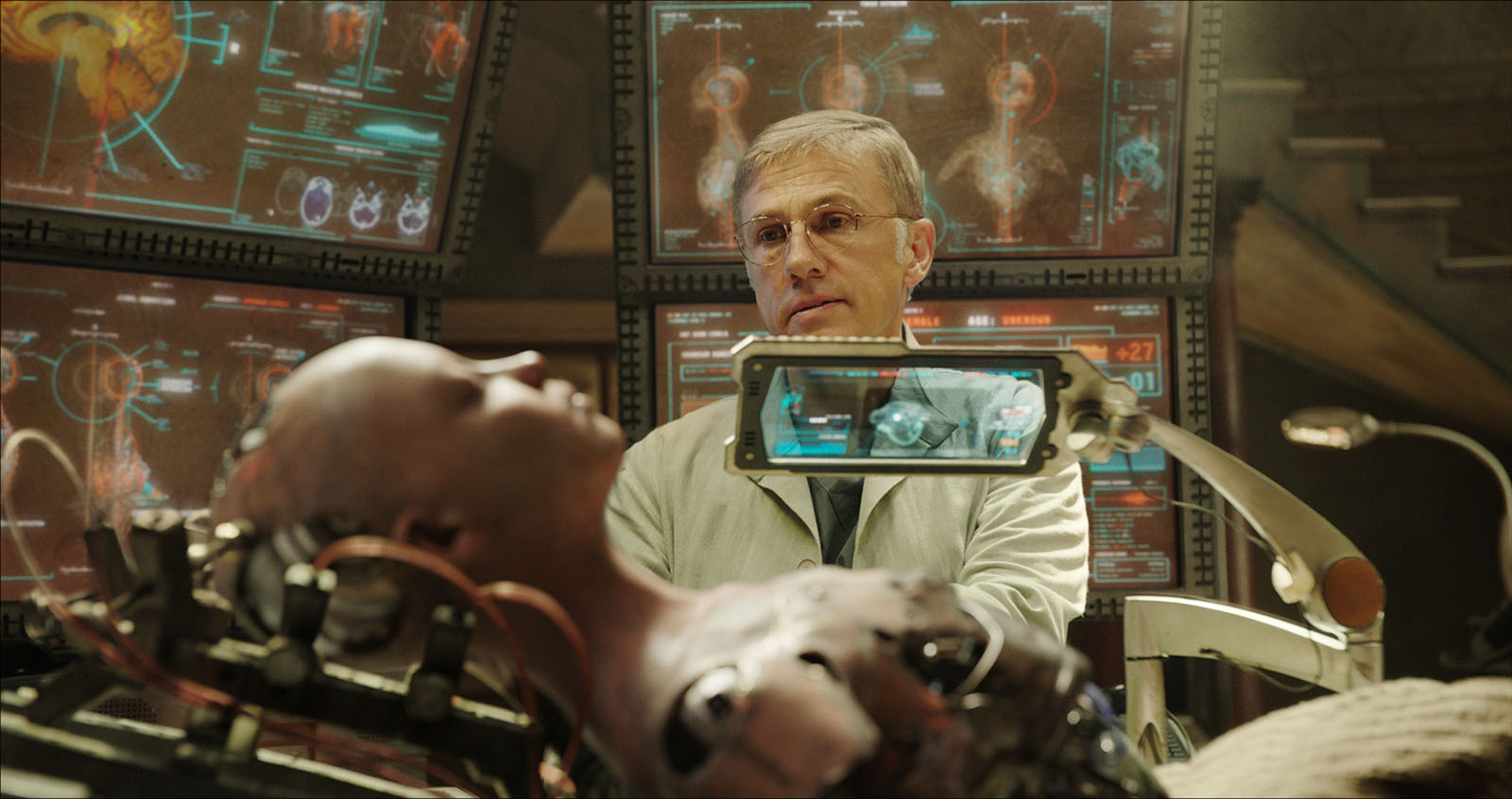 By no means is this an allegation that the movies effects were bad, it’s just that some of the more outlandish sequences in anime and manga just don’t work well in live action. Credit should be given where it’s due and the movies visual effects are, quite honestly, outstanding. The way that Alita is brought to life through motion capture technology to an almost photorealistic degree is stunning. The gloriously over-designed cyborgs roaming the streets, the vibrant colours of Iron City, where almost the entirety of the movie takes place, and the rainy and grim nighttime scenes reminiscent of Rodriguez’s most visually distinctive work, Sin City (2005), help create a beautiful, cyberpunk world that stands out on the merit of being a cut above the rest stylistically.

But this just makes the films problems even more frustrating. So much of what we see in Alita has been done before and it’s been done better. You like Quidditch? Motorball has you covered - just don’t ask what the rules are. Elysium? We’ve got the skycity of Zalem. The movie even has its own Mos Eisley cantina, an underground bar where the cities hunter-warrior vigilantes have made their home.

And to top it all off, the whitewashing of Asian characters? Well, while Rodriguez says that Iron City was a melting pot in the manga and characters like Dr Daisuke Ido (Christoph Waltz) were never Asian in the first place, this movie, like many manga adaptations before it, is whitewashed so we’ve got that too. 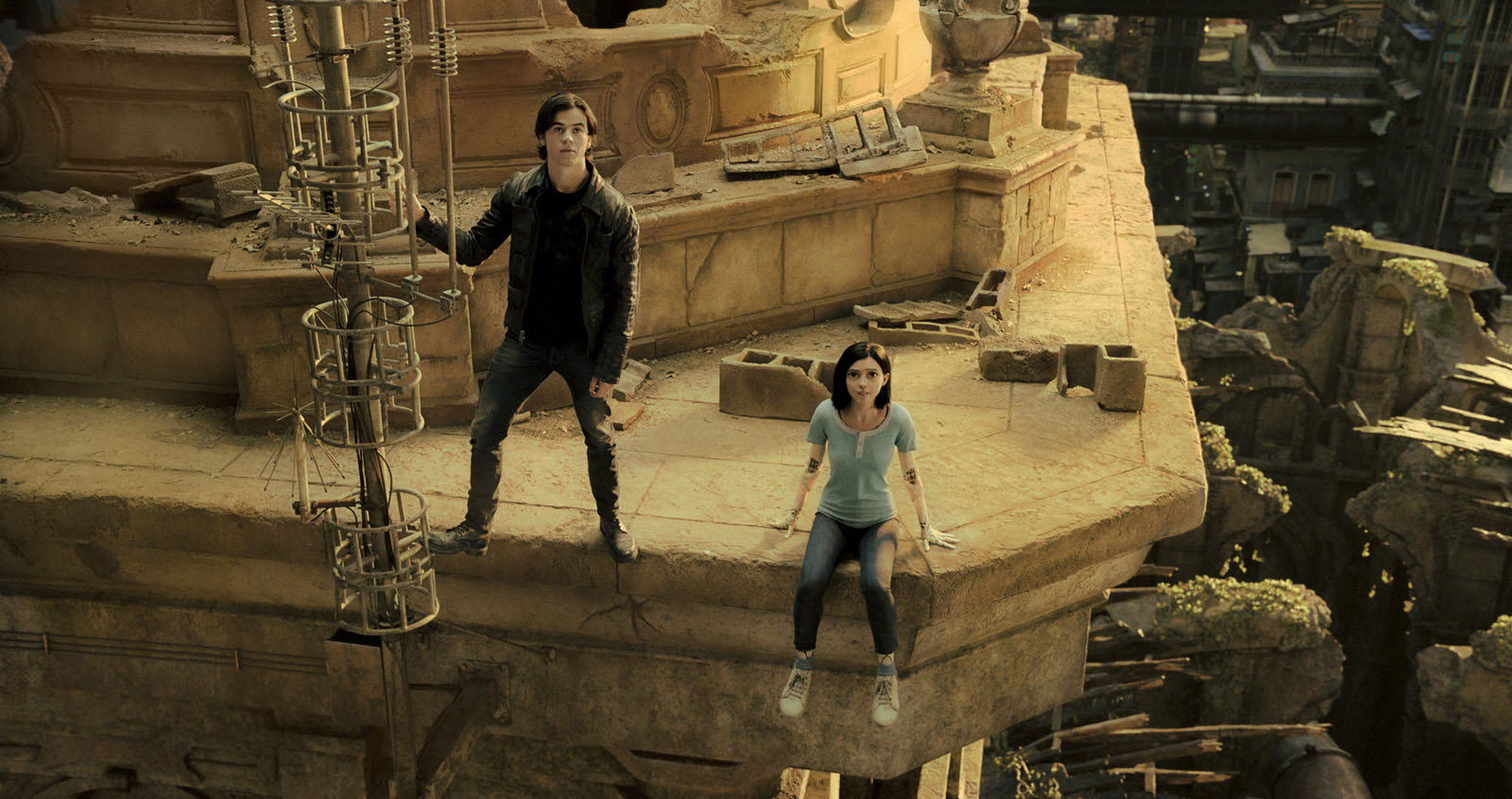 On top of this is a painfully unoriginal cast of main characters. There’s Dr. Ido, Alita’s father figure, an old and wise mentor with a good heart. Then there’s Hugo (Keean Johnson), our Disney Channel heartthrob who hangs around with a scrappy, young street gang and falls in love with Alita. The romance delivers some hilariously bad romantic exchanges such as when Alita offers him her heart. Literally, her physical beating heart.

Alita herself is a bundle of clichés: the young naïve child thrust into the role of hero, an amnesiac trying to remember her former self, the last of her kind. Whether this problem comes from the source material or not, it seems like the character of Alita, as likable as she can be, just seems incredibly by-the-books.

But the actors do the best with what they have, the cast taking on their roles surprisingly well, aside from a relatively poor performance from Keean Johnson in his role as Hugo - although, even he improves in the final act. They almost intentionally over-act to help the movie mimic that anime style even more. Ed Skrein, in particular, does an amazing job as one of the secondary villains, Zapan, embracing the zany dialogue and over-the-top nature of the film and appearing to have genuine fun with his role.

Practicing my #Alita speed drawing to give out to journalists here in Japan! Send me your ink and paper drawings and fotos of the process and win an exclusive prize! Comment below pic.twitter.com/y11tcVxcV0

In balance Alita: Battle Angel, isn’t a bad movie. Its most disappointing elements, the characters and the story, can be associated with the source material. On the other hand, its action sequences and visuals are well constructed and genuine achievements, replicating the style of anime in live action in a way that I was initially very sceptical about. Even its zany dialogue will be loved by fans of anime. But if you aren’t a fan of anime and manga, than I can’t recommend this movie, particularly if you dislike sci-fi. Alita replicates the style of anime and manga with surprising success, but this might just prove to be the its eventual downfall.

Is Alita: Battle Angel the type of manga adaptation to excite you?

Brexit and the media: A Valentine's Special

'It’s time for the rules of the arts world to change' - Maisie Williams on her new artist networking app, Daisie