An exciting Netflix original on paper fails to deliver either a successful comedy or a serious horror movie.

Velvet Buzzsaw should have worked. The premise - a supernatural horror mixed with a satire on the vapid insularity of the Los Angeles art world - is inventive. The cast is excellent and varied. And director Dan Gilroy’s debut effort, Nightcrawler (2014), received widespread acclaim. Netflix threw its weight behind the film’s production; everything seemed to be in place. Unfortunately, the film comprehensively squanders its considerable dramatic talent, and fails to deliver on its intriguing conceit.

The characters are clearly meant to be over-exaggerated and, so logic dictates, therefore satirical. But the result is incredibly ham-fisted, and they are neither profound nor particularly entertaining. To compound this, the dialogue is so poorly written that conversations often plunge straight into the uncanny valley; it’s just too far from how real people speak to be unconvincing, but not far enough that it seems explicitly stylised.

Zawe Ashton as Josephina gets the worst of it, although her monotonous performance does her no favours either. An especially groanworthy line comes when she’s left unsatisfied in bed: ‘You’ve got a fucking problem - literally.’ Meanwhile, Jake Gyllenhaal’s art critic protagonist, Morf Vanderwalt - no, really - is a waste of his proven talent. Rene Russo puts in a valiant performance as icy art gallery owner and walking cliché Rhodora Haze - again, really! - and John Malkovich plays John Malkovich as well as he’s ever done.

None can triumph over the dismal writing, however. Even Toni Collette, who pulled off a terrifying, primeval performance in Hereditary (2018), is given almost nothing to work with, and it shows. Daveed Diggs and Natalia Dyer register as little more than plot devices, thrown in whenever the pot needs stirring. 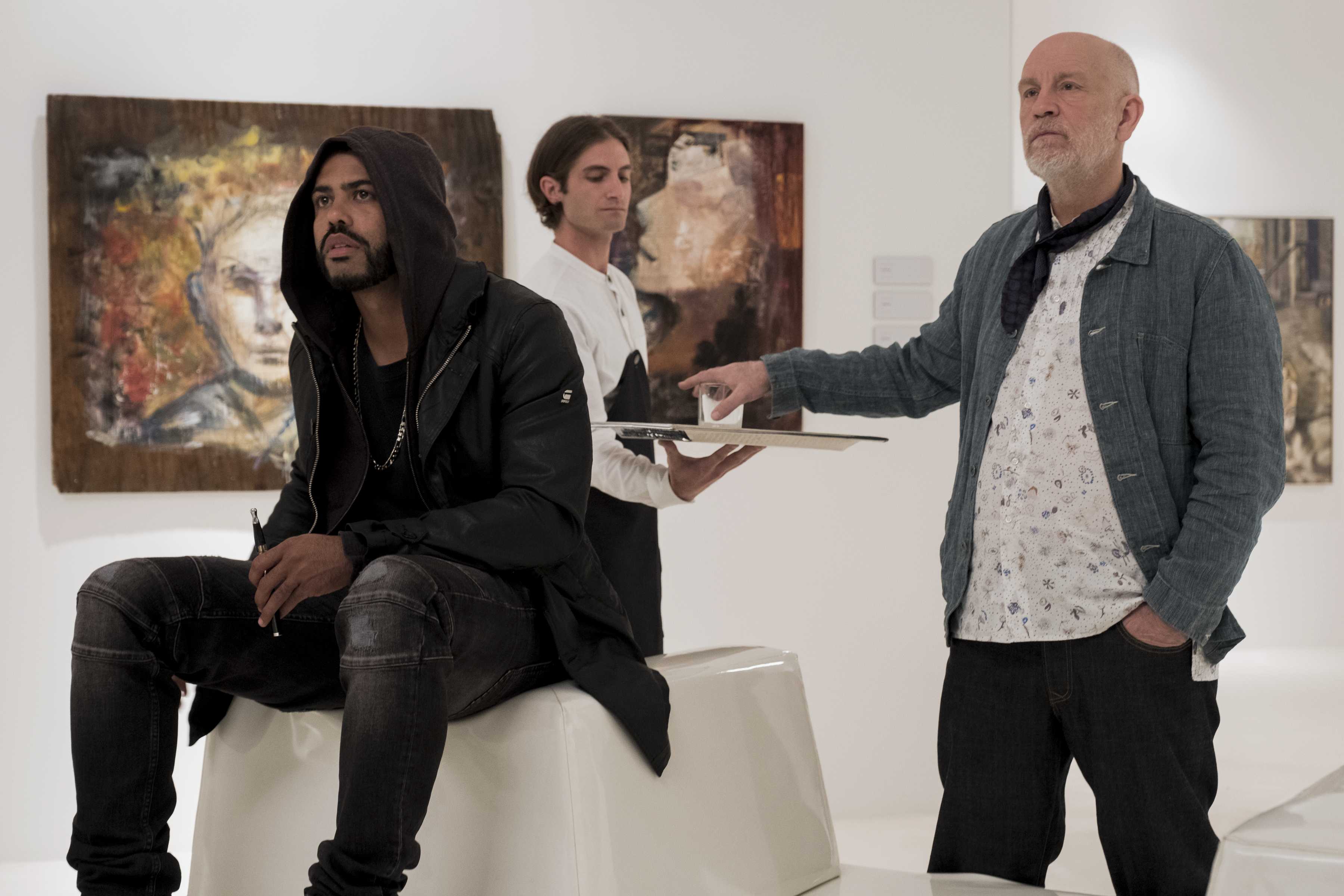 Sub-plots, such as that of Malkovich’s alcoholic surrealist Piers or Dyer’s luckless assistant Coco, are introduced and then abruptly left by the wayside, to the extent that Malkovich disappears, without fanfare, before the third act and is only seen again in the background as the credits roll. The main plot is formulaic in the extreme - a dead, tortured painter used his own blood in his pigments, and you can guess what comes next - but doesn’t even manage to coast along on shock value, owing to the film’s incredible lack of tension, gore, or scares.

The evil presence of Vetril Dease (Alan Mandell), the aforementioned tortured painter, is never well defined enough to be frightening, changing its own rules on the fly simply to serve the barebones plot. Artistic license is all well and good, but such a hazy main threat simply creates confusion. 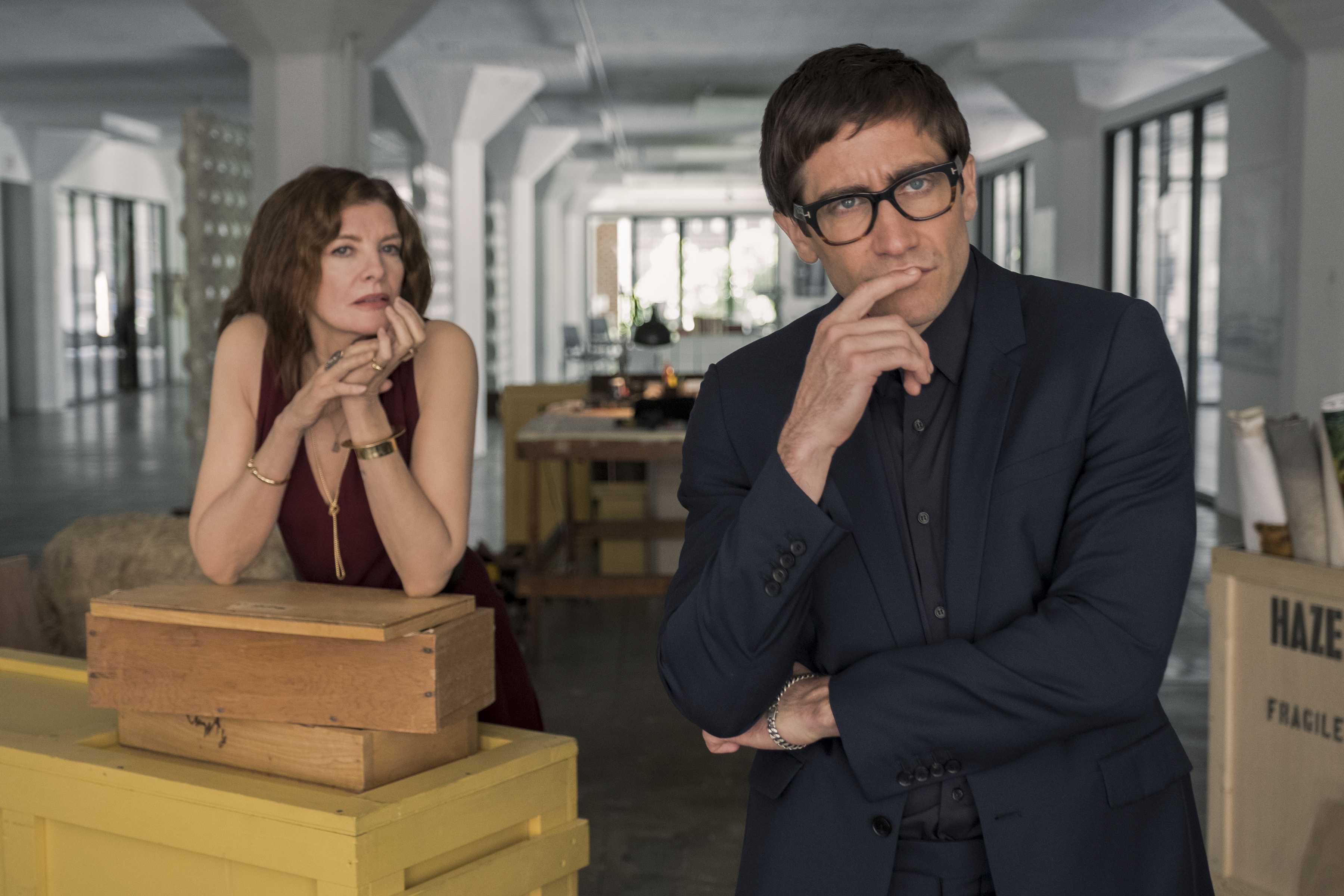 The tone swings wildly; at no point is it clear whether or not the film is taking itself seriously. A general failure of communication leaves Velvet Buzzsaw hopelessly muddled, unable to quite work as a comedy - which many scenes seem to aim for - but also falling short of straight horror. The delicate balancing act central to the horror-comedy genre seems entirely out of its grasp.

The film likewise does not work as an art satire. One of its central ‘takedowns’ of the art world is that Toni Collette’s Gretchen lies dead on a gallery floor, her arm ripped off by a faulty artwork, for hours, as punters assume she is part of the exhibition. A great, if obvious, visual joke, had it been presented well and Gretchen been anything more than a cipher. But the film is so unengaging that it falls flat. Perhaps an earlier gag in which a critic mistakes a pile of rubbish on the studio floor for art is to blame: the joke has already been done badly, before being attempted again, but even worse.

how i would summarize the movie velvet buzzsaw: i would absolutely not recommend it but i also need everyone to see it pic.twitter.com/JeYdjpvOnO

The entire film is as empty as the LA art scene it tries and fails to satirise. Velvet Buzzsaw is too incoherent to make the highfalutin points about art that it clearly thinks it is capable of, and not quite brave enough to simply be the brainless, but fun, horror romp it should have been.

Did you think Velvet Buzzsaw was a modern masterpiece or worthy of the skip?

The natural, the fabricated and the green environment - Do-IY Collective 002 @ Centrespace

‘The Bermuda Triangle of the South West’: what the hell is Turbo Island?