Burning is mysterious, mesmerising and utterly unforgettable - and deserved an Oscar nomination

Lee Chang-dong’s sixth feature film, the first he’s directed since the critically-acclaimed Poetry (2011), is at once a love-triangle romance, murder mystery, and psychological thriller: Burning defies the conventions of genre and resolution. Its visuals, mysteries and tensions linger long after the climactic final scene.

Mid-way through the film, one part of its love triangle naively asks her vying suitors for a definition of metaphor. No one responds, but the film itself provides its own cryptic answer. Burning is riddled with mounting symbolism and meta-fictional allusions, and requires an observant viewer to piece together all its clues. It’s no surprise, then, that Lee’s inspiration is literary: the film is based on Barn Burning, an equally mysterious short story by Haruki Murakami. To this template, Lee adds his own unique style of storytelling, and the result is both mesmeric and haunting.

Burning follows Jong-su (Yoo Ah-in), a working-class graduate who aspires to be a writer but must look after his father’s farm after the latter is prosecuted for assault. It is revealed that his father, the sole parent since his mother left years before, suffers anger problems, hinting at the possibility of an inherited rage in Jong-su himself. Whilst working as a deliveryman in Seoul one day, Jong-su meets Hae-mi (Jeon Jong-seo), who claims to have grown up in rural Paju too. They form an awkward but tender relationship - one that is cut short by her leaving for Kenya, and then returning with the handsome and suave Ben (Steven Yeun) on her arm. 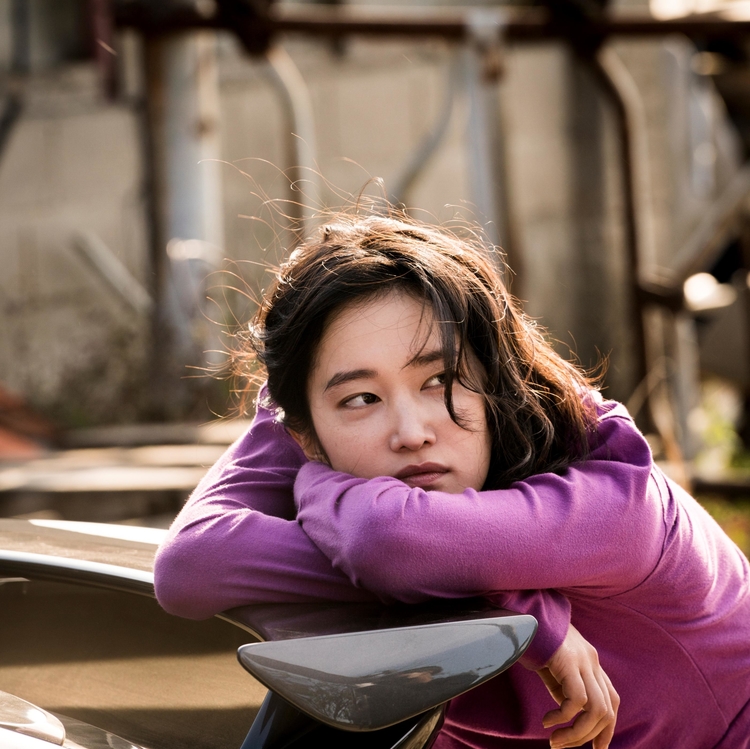 This bizarre love triangle eventually loses its focal point upon Hae-mi’s disappearance, leaving the two men with a tenuous but potent connection. The mystery of the film’s second half concerns Jong-su’s obsession with uncovering what happened to Hae-mi and Ben’s role in this.

Though for the most part abstract and enigmatic, Burning has a very real sense of its social setting, particularly in its depiction of South Korea’s deep-rooted class conflict. Jong-su describes Ben as a Gatsby figure - mysteriously rich, carefree and aloof - and claims that Korea is home to many like him. Indeed, the beige uniformity of Ben’s residence in the affluent Gangnam district contrasts Jong-su’s dilapidated farm in the remote and naturally colourful Paju.

Ben’s unexplained wealth augments not only the mystery of the plot - what kind of illicit work provides for this lifestyle? - but also a sense of class resentment. A broadcast on the TV in Jong-su’s home, just background noise if you’re not watching carefully, describes the high levels of youth unemployment in Korea, contextualising Jong-su’s aimlessness and anger. Ben is primarily the sociopathic antagonist of the story’s mystery, but he is also an emblem of an increasingly unequal society - one of which both Jong-su and Hae-mi are victims.

This kind of social commentary permeates the film, but is ultimately subordinated to the ambiguity at its core; Lee provides the viewer with a fierce and deceptively satisfying climax, but does not offer resolution to Burning’s constant suggestion that the world is a mystery. At a critical moment of the film, Ben admits to Jong-su that he has a hobby of burning down greenhouses - a jarring and almost comical moment for both Jong-su and and viewer. This mysterious statement throws Jong-su into a confused and silent mania on which the rest of the film pivots.

The director has expressed in interviews his desire for Burning to speak to the rage and disorientation of young people in the modern world, and Jong-su is certainly a compelling surrogate for this feeling - when asked why he is unable to start writing he responds: ‘To me, the world’s a mystery’. Jong-su’s attempts to solve the puzzle of Hae-mi’s disappearance are thwarted by the chaos and puzzle of the world itself. Burning is not your typical thriller, posing far more questions than it answers. 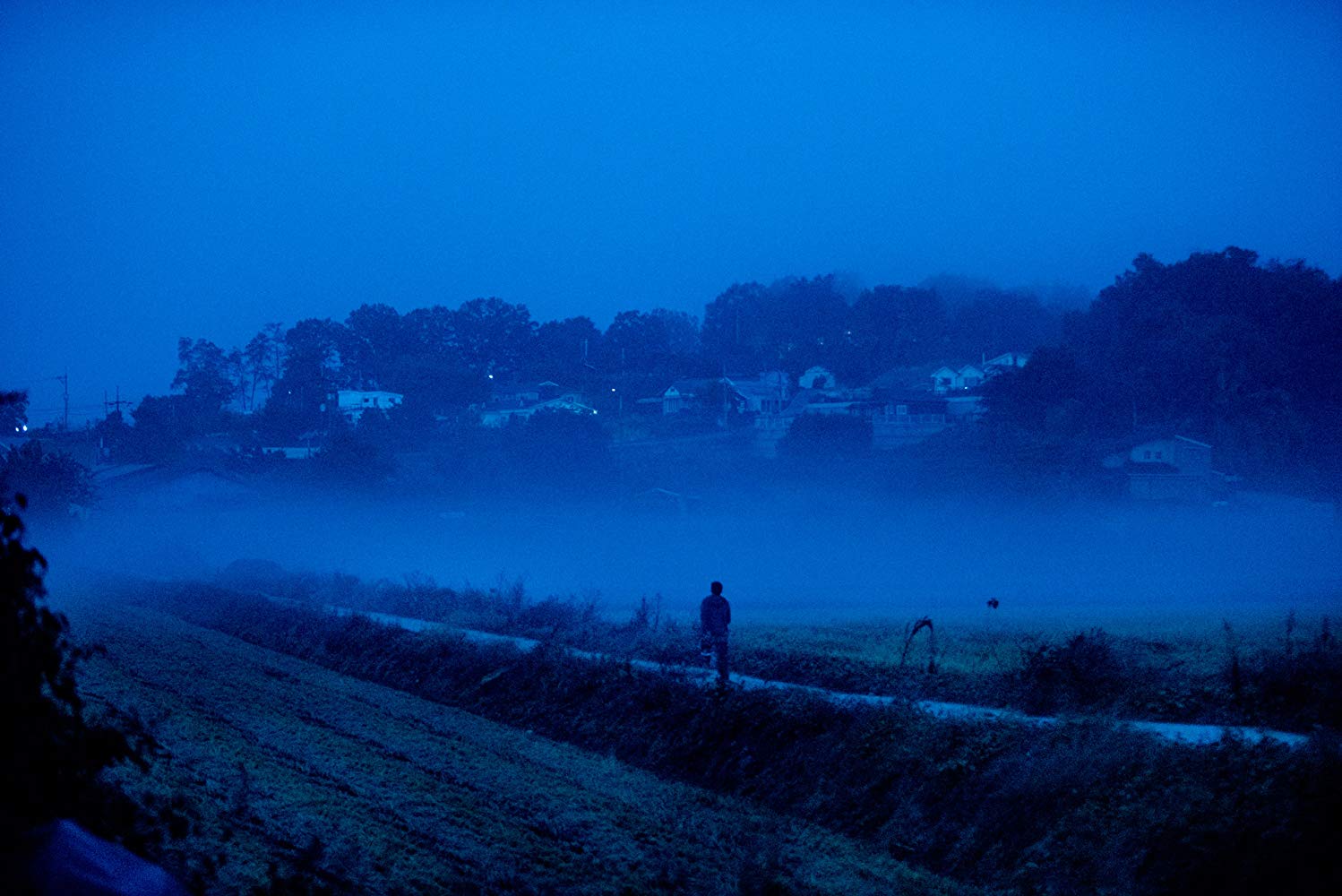 The film relies not only on Lee’s direction and an allusive screenplay, but also the brilliant performances of the love triangle. First-timer Jeon Jong-seo is electric in her portrayal of Hae-mi’s innocent eccentricity. The most striking sequence of the film, shot superbly by cinematographer Kyung-pyo Hong, sees Hae-mi, silhouetted against the burning sunset on Jong-su’s farm, strip to her waist and dance, over which plays jazz by Miles Davis. It’s beautiful and haunting, and epitomizes her inhibited spirit.

Watching her, unseen, are the two male leads. Steven Yeun, a Korean-American actor best known for The Walking Dead (2010-), impresses as Ben, whose yawns, pleasant smiles and neat style are increasingly terrifying as the plot progresses. Seen through Jong-su’s eyes, the cool and composed Ben becomes the haunting heart of the mystery. And yet, it’s Yoo Ah-in’s turn as the protagonist that bears the burden of the film’s ambiguity. Taciturn and inanimate, through body language Yoo channels the boy’s heartbreaking loneliness and uncertainty. These three performances bring Lee’s ambitious vision to life, and deserve more recognition from mainstream awarding bodies - as does the film itself.

A daring study of class conflict and sexual longing, South Korean mystery thriller Burning is the kind of film that grows in your mind after viewing it. We’ve been delighted so many of you have come to see it. If you've yet to, it's on for another week... https://t.co/S4bbvokFHW pic.twitter.com/Wltgq5T16K

Burning lends itself to post-viewing speculation and theorizing, although Lee leaves just enough clues for a somewhat feeble coherence to emerge by the end. But to wrap up neatly all of the film’s mystery is to ignore its genius: Burning is ambiguous not for the sake of ambiguity, but because it confronts the complexity of reality itself. And for that reason, it stays with you long after the climactic burning of the final scene has gone out.

Burning is currently playing at Watershed.

Should Burning have been nominated for the Oscar for Best Foreign Language Film?

Maisie Williams talks about her hometown, Bristol, and new app to connect creatives