Fopp and HMV Cribbs Causeway have closed with immediate effect alongside 25 other HMV branches.

This week, the administrators of music retail giant HMV, KPMG, have revealed the 27 stores that are planned for, or have been closed. The one hundred remaining HMV stores have been acquired by Canadian firm Sunrise Records, despite interest from Sports Direct owner Mike Ashley. Chief of Sunrise records, 34 year old Doug Putnam, has expressed that ideally his company ‘would’ve loved’ to rescue all the stores, although primarily due to increasing rent- prices, this was not feasible.

Can anyone make HMV successful? https://t.co/TEzvopN1RV

Of course, the digitalisation of the music industry and the changes in the ways in which we consume music have also contributed to a decline in sales of physical copies, yet this should not be used as ‘the’ scapegoat for HMV’s dwindling success. With the proliferation of MP3, HMV stores have adapted to cater to the demand, expanding their ranges of products such as bluetooth speakers and headphones. Even so, HMV were, and still are unable to compete with online retailers such as Amazon.

hmv is built on the passion of our colleagues. We are sorry to have to say goodbye to some amazing people today. Thank you for your hard work and dedication over the years. We will miss you pic.twitter.com/8KbhIQ1Gyb

Included in the 27 dropped branches are Fopp, situated on Park Street, and HMV at Cribbs Causeway; both of which have been closed with immediate effect. This afternoon I visited HMV on Broadmead, the only remaining HMV in Bristol. 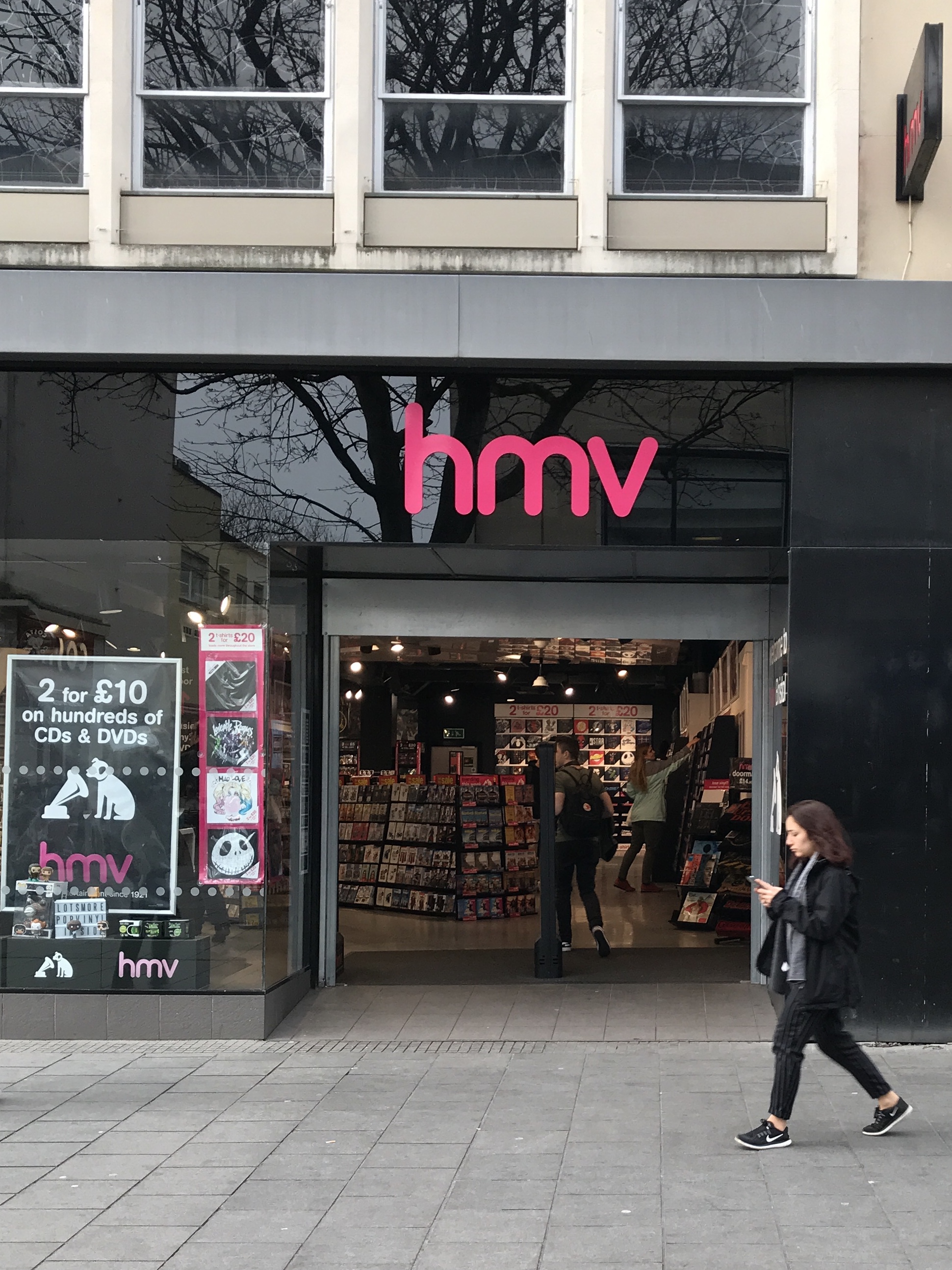 When talking to one sales assistant who has been employed by the company for almost three years, I was surprised to find that the city-centre outlet had not necessarily experienced a drastic decline in sales nor custom. The sales assistant attributed this to the recent ‘Vinyl Revival’, as alongside an expanding range of electronic products, HMV’s range of Vinyl has also undergone huge growth.

Thank you and goodbye. Elvis has left the building.

Losing both Fopp and HMV Cribbs is incredibly sad for a city so invested in music. The sales assistant I spoke with also disclosed that they had applied for a job with HMV through a love of music, as they wanted the opportunity to work in a space where they could discuss their passion with like-minded customers. Over 450 in total have lost their jobs across the United Kingdom, and it is unsettling to consider that this episode in HMV’s 98 year history may be foreshadowing the future of music retail.

Want to write a piece for Epigram Music? Get in touch...