The final series of Netflix’s Lemony Snicket adaptation is as macabre and miserable as ever - and not for the faint of heart.

Netflix’s A Series of Unfortunate Events recently broadcast its third series: seven episodes of comedy, heartbreak, and beautiful cinematography. However, the show’s desperation to juggle multiple genres and its obsession with heavy-handed exposition mean it ultimately lacks the knowing charm for which Lemony Snicket’s books are renowned.

Fans of the books were blindsided by the Episode One plot twist that the Baudelaire parents seem to be, in fact, alive. Will Arnett, voice of Netflix’s resident nihilist Bojack Horseman, and Cobie Smulders, the heartbreakingly mistreated Lisa in Netflix’s mid-life-crisis-porn Friends From College (2017-), play the weirdly acrobatic, high-kicking parents on the run.

The elder two orphans, Violet (Malina Weissman) and Klaus (Louis Hynes) have an uncanny likeness for each other, and actually manage to capture the Baudelaire’s simperingly nerdy qualities with less insufferable coyness than their big screen counterparts. Baby Sunny’s appearance, with gnawing teeth and doe-eyes, has developed through the series from clear CGI to passable as a real toddler, which is part and parcel of the young actress inevitably growing up. 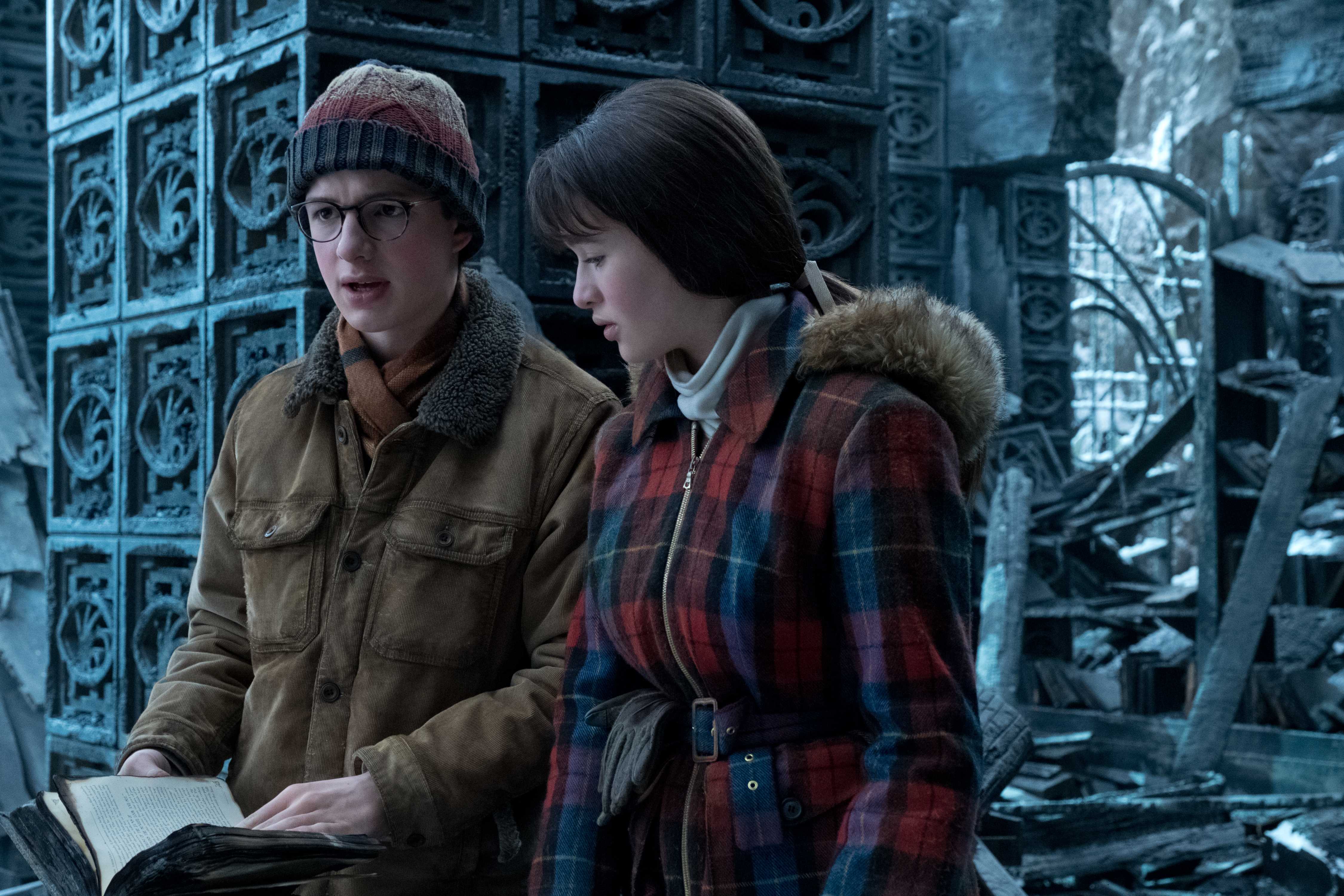 As a long-standing, whole-hearted Jim Carrey fan, I find any remake of his iconic characters - like Blasphemer Cumberbatch’s substandard cartoon Grinch - to be an affront to human decency everywhere. However, when it comes to Netflix’s own A Series of Unfortunate Events, I must concede defeat.

Patrick Warburton’s tenor tones are recognisable anywhere, from his live action roles in Seinfeld (1989-98) and Rules of Engagement (2007-13) to voice acting in Family Guy (1999-) and, of course, as Kronk in The Emperor’s New Groove (2000). He brings a literal and audible bass to the character of Lemony, with far less androgynous shadow-dwelling than Jude Law’s sexy but simple Lemony (come on, we were all thinking it). Warburton features constantly in moments of direct audience address, with word definitions, exposition, or just as a reprise from whatever awful fate has befallen the ‘orphans’. 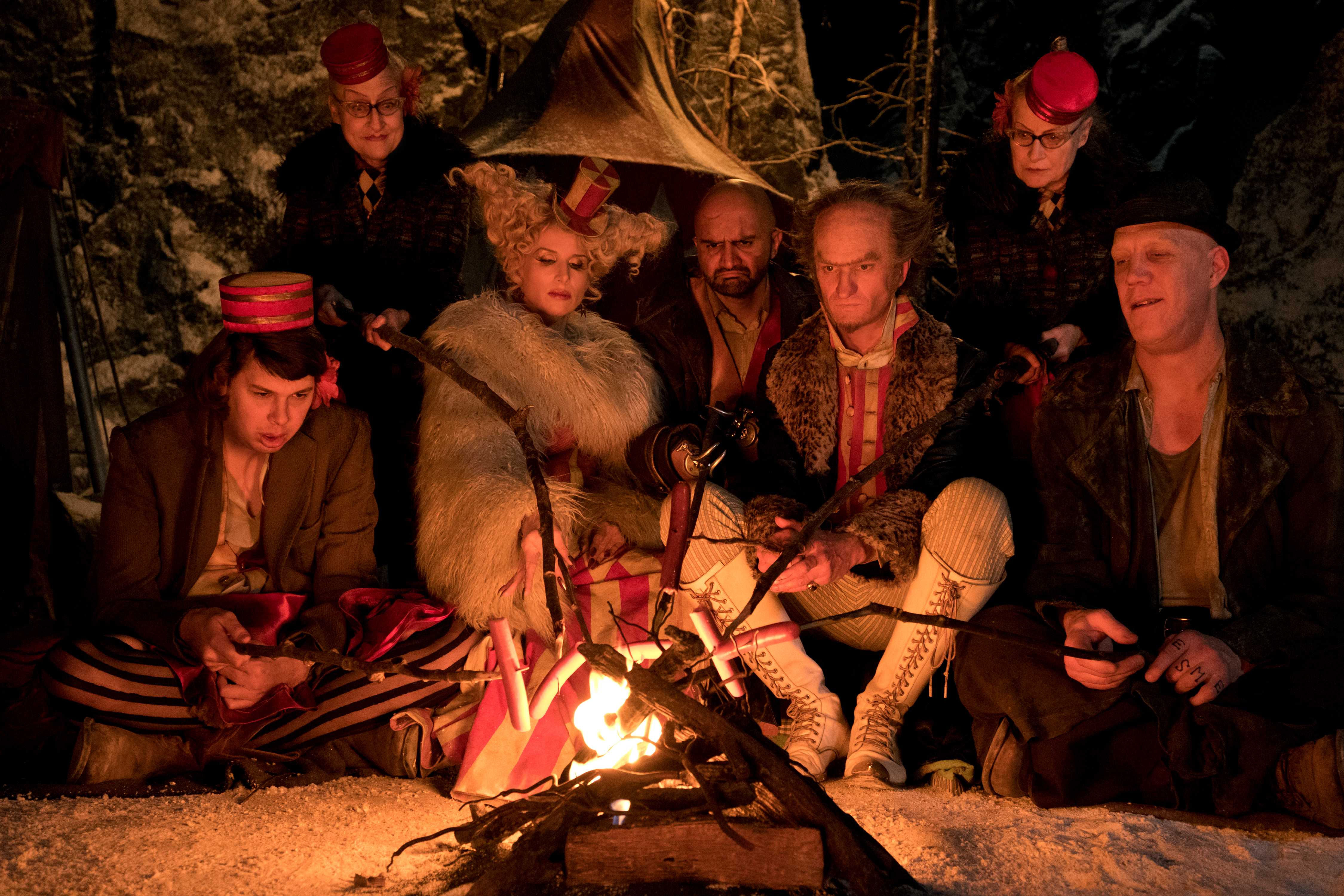 The third series, as ever, draws heavily from the source material, following the orphans’ escape from Count Olaf and the Volunteer Fire Department featured in A Series of Unfortunate Events and its prequel series All the Wrong Questions. With the final episode titled ‘The End’, and an episode synopsis concluding ‘it all ends here’, it is no secret that the story is succinctly wrapped up in three short seasons, as is also alluded to in asides throughout the earlier episodes.

The costumes are notably brighter and more ambiguously dated, with fewer bizarre headpieces and steampunk fishnet sleeves than the 2004 film. The cast dress as though Nanny McPhee (2005) and Harry Potter and the Goblet of Fire (2005) did their washing at the same laundrette and somehow ended up with some of each other’s clothes.

. @ActuallyNPH is definitely NOT Count Olaf in disguise. 👁 pic.twitter.com/aC5pFnP2EW

However, despite its upbeat cinematography, the episodic changing lyrics to the theme song (in NPH’s recognisable Tony Award-winning vocals), and guest stars including New Girl’s Max Greenfield, the show is simply too morose for me. Each episode takes its toll on me as an old romantic and thin-skinned loser. Watching these children suffer day-in and day-out without a twinkling Carrey smile and with the added weight of a thousand dramatic ironies is not a sight for the faint of heart.

Is the end of this series an Unfortunate Event?