Does The Noise Pages put student safety at risk?

Epigram Features sets out to explore whether The Noise Pages really does put student safety at risk.

In a recent article, Epigram reported that Bristol University had voiced concerns to the owner of The Noise Pages website around the impact on students safety ‘from the outset’. The methods that the owner of the website, Andrew Waller, has used to raise awareness of student noise have been highly contentious within the student body.

The Noise Pages is a website founded by ex-journalist and Redland resident, Andrew Waller. He creates detailed noise reports, which usually concern student house parties or loud drunken behaviour on the street in residential areas, and posts them on the site in order to raise awareness about residential noise pollution.

‘We should acknowledge that most students do not annoy their neighbours’, Waller writes on his website, ‘but the minority who do is fairly sizeable, and it’s a bit of a lottery as to whether they end up living in your street’. Local residents can email The Noise Pages to raise awareness of a party or disturbance near them. Waller ‘hopes this site helps to coordinate community responses’.

'We should acknowledge that most students do not annoy their neightbours but the minority who do is fairly sizeable'
Andrew Waller, The Noise Pages

Councillor Anthony Negus, who represents Cotham on behalf of the Liberal Democrats, agrees that student noise is a significant problem. ‘My experience in my ward of Cotham', Cllr Negus tells me, ‘is poor in terms of parties and street carousing. While the number of inconsiderate people is low proportionally, such is the density of HMOs (house of multiple occupancy), particularly student occupied, in some areas all residents may have to endure several incidents a week at certain times of the year as the houses are close-packed and sound travels.’

When asked whether students were treated differently by non-student residents, one University of Bristol student told me to ‘imagine an influx of residents to your community who do not pay council tax to fund local services and, in general, are louder, messier and more rowdy than average professional residents; it is natural there should be an air of discontent towards the student body from sections of the local resident population.’

A spokesperson from Redland and Cotham Amenities Society, a neighbourhood group which aims to ‘protect and enhance our area’, explained how ‘issues of noise from parties that have been reported by a number of our members … have been raised with the police, council and at University Community Liaison meetings over a number of years.’

Whilst the group does state that ‘there is only an issue when particular individuals or households are not considerate of their neighbours’, they also argue that ‘insufficient action has been taken to try and find a solution until very recently. 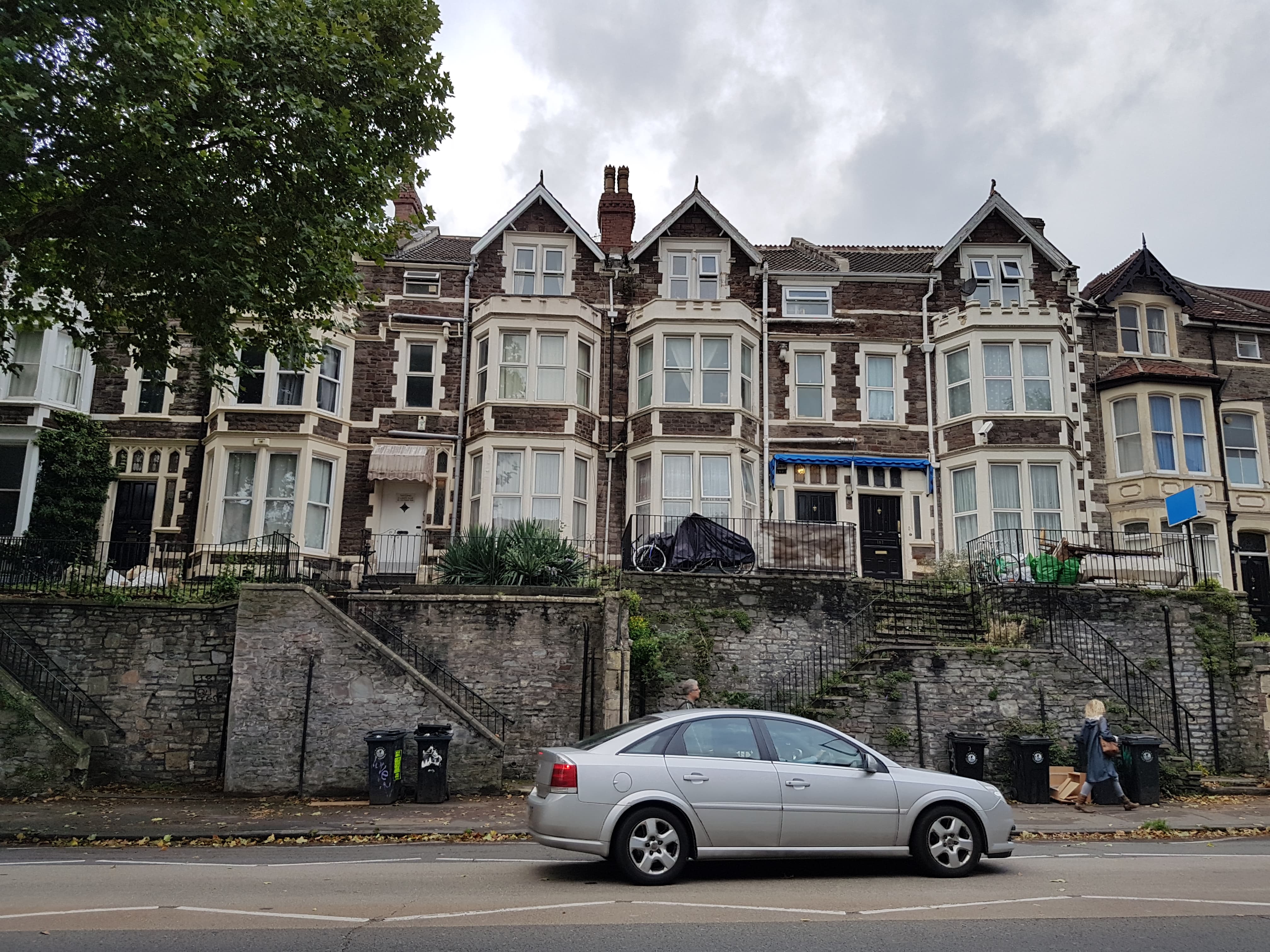 ‘We are pleased to hear that the Universities are now attempting to address this problem’, the spokesperson tells me, and ‘with a better process for dealing with unacceptably noisy parties, the role of The Noise Pages will no longer be needed.’

Such discontent amongst local residents seems to be growing. In October, Epigram reported that the number of noise complaints made about students in private accommodation rose last year by 52 per cent on the previous year. Waller thinks ‘it’s about time the student community faced up to the fact’ that ‘keeping people awake at night is unacceptable’.

Whilst student noise and disruption has been accepted as an important issue – the University ‘recognises the impact of high density student populations in local residential areas’ – the methods which Andrew Waller uses have been strongly criticised.

A Bristol University academic, who wishes to remain anonymous, explained how they had ‘heard about The Noise Pages through a few of [their] personal tutees whose houses had been burgled and who had lost personal belongings and subsequently lost university work.’ The academic went on to say that ‘whilst it is good to hear that precise addresses are no longer included … I’m not convinced that other sensitive information needs to be kept either.’

It is important to stress that correlation and causation between being included in a Noise Pages report and being a victim of burglary are not the same, yet it seems equally important to explore what information The Noise Pages is making public.

Until recently, Waller included house numbers in most of his reports. He has since redacted the numbers because it ‘seemed easier to take the issue of the table’ as the ‘core issue, which is that keeping people awake at night is unacceptable’ was being ‘drowned out by rumour and speculation’. However, Waller still mentions sensitive information such as ‘windows were open’ and that ‘students left the house nosily at about 12:30am’.

Does The Noise Pages actively advertise information which is useful to potential burglars? I put this question to Waller and his response was that ‘Any such reference on the website is to what was happening at the time of the incident.'

'Reports don’t usually appear on the website until a day or two later. Any householder needs to take some obvious precautions when leaving a house empty … If you’re a student and you want to make it less obvious that yours is a student house, you might want to tidy up your rubbish and recycling bins, keep any night-time noise to a minimum – and ask the agents to remove their signboard’.

Redland and Cotham Amenities Society does ‘not believe that the information on The Noise Pages puts student at risk’.

'If you're a student and you want to make it less obvious that yours is a student house, you might want to tidy up your rubbish and recycling bins, keep any night-time noise to a minimum - and ask the agents to remove their signboard'
Andrew Waller, The Noise Pages

Waller says that he ‘will collect the same information as before, but store house numbers in an offline database.’ He argues that ‘a key reason to record the numbers is that most of these student houses are HMOs, which come under a specific licensing regime. Residents have a legitimate interest in whether the landlords are fulfilling their legal duty to help prevent anti-social behaviour’. 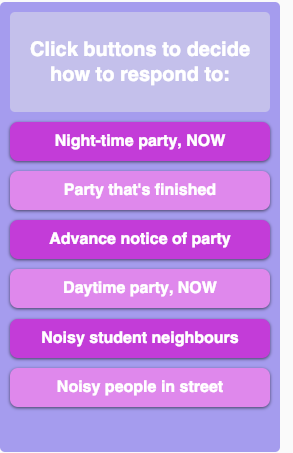 Some of the students I spoke to, on the other hand, believe that the information publicly available on The Noise Pages does put student safety at risk.

Most of the issues they raised related to the publishing of student house numbers, a tactic Waller no longer uses. One student argues that ‘having your address publicly posed on the internet and outed as a student house makes it a much more attractive target for burglars who then know what there are likely to be x number of laptops, phones, cameras etc’.

Others raised the issue that by publishing street names, which Waller still does, student parties can fall victim to unwanted intruders and gate-crashers and that it ‘let’s predators know of vulnerable or intoxicated students in general that they could prey on’.

Another student believes that ‘without specific numbers [being published], I don’t see how the page could cause student safety to be put at risk. What is more worrying is that someone has been watching certain houses and reporting extremely close details’.

I raised the issue of students feeling uncomfortable about their houses being reported to Waller.

He responded that ‘I’m sorry to hear someone felt uncomfortable, but forgive me if I’m more preoccupied with the discomfort felt by residents who’ve had to put up with unacceptable behaviour by students for far too long’. Waller continues to state that ‘at a time when there’s much talk about the mental health needs of students, I’d like to see some recognition from the student community of the impact anti-social behaviour has on their neighbours’.

'forgive me if I'm more preoccupied with the discomfort felt by residents who've had to put up with unacceptable behaviour by students for far too long'
Andrew Waller, The Noise Pages

Student noise, clearly, is a contentious issue in areas such as Cotham, Clifton and Redland and one that needs addressing.

The University claims to ‘take its commitment to the community very seriously and is exploring options to support communities experiencing noise disturbance, in collaboration with relevant authorities’. ‘The community liaison team’, a spokesperson told me, ‘continues to support students with the transition to community living and deliver campaigns that positively integrate students with their local neighbourhoods.’

Councillor Negus states that ‘from the beginning of my so far ten years as the local councillor, I have consistently sought to keep everyone working together. I helped set up a local residents group and a liaison group with all agencies on that basis’. But, he laments the ‘very hands-off approach’ of the ‘universities’ management and the police’.

The Noise Pages and Waller’s methods seem a problematic and ineffective solution to a very real problem. Of the students who responded to Epigram’s survey, 54.5 per cent answered that if their accommodation was reported on The Noise Pages it would not influence their behaviour compared to 31 per cent who said it would. The redaction of house numbers is welcomed by critics, yet sensitive information that should not be in the public domain is still present on the website.

Students need to be more considerate of their neighbours but what some see as ‘public shaming’ does little to mend a faltering relationship between University students and local residents.