A team of specialists from the Universities of Bristol and Durham are now analysing the seven parchment fragments.

The fragments were hidden, bound inside a four-volume edition of the works of the French scholar and reformer Jean Gerson. They tell part of the story of Merlin the magician, one of the most famous characters from Arthurian legend.

The fragments are believed to come from an Old French sequence of texts, the Vulgate Cycle, which date back to the 13th century.

We've found original parchment fragments from the Middle Ages, which tell part of the story of Merlin the Magician 🧙‍♂️

Parts of the Vulgate Cycle are presumed to be the inspiration for Sir Thomas Malory's Le Morte D'Arthur, but no one version has been proved to be exactly alike with what he appears to have used.

After recognising a number of familiar Arthurian names, Mr Richardson contacted Dr Leah Tether who immediately recognised the text they were from. Dr Tether, from Bristol University's Department of English, is also the President of the International Arthurian Society (British Branch). 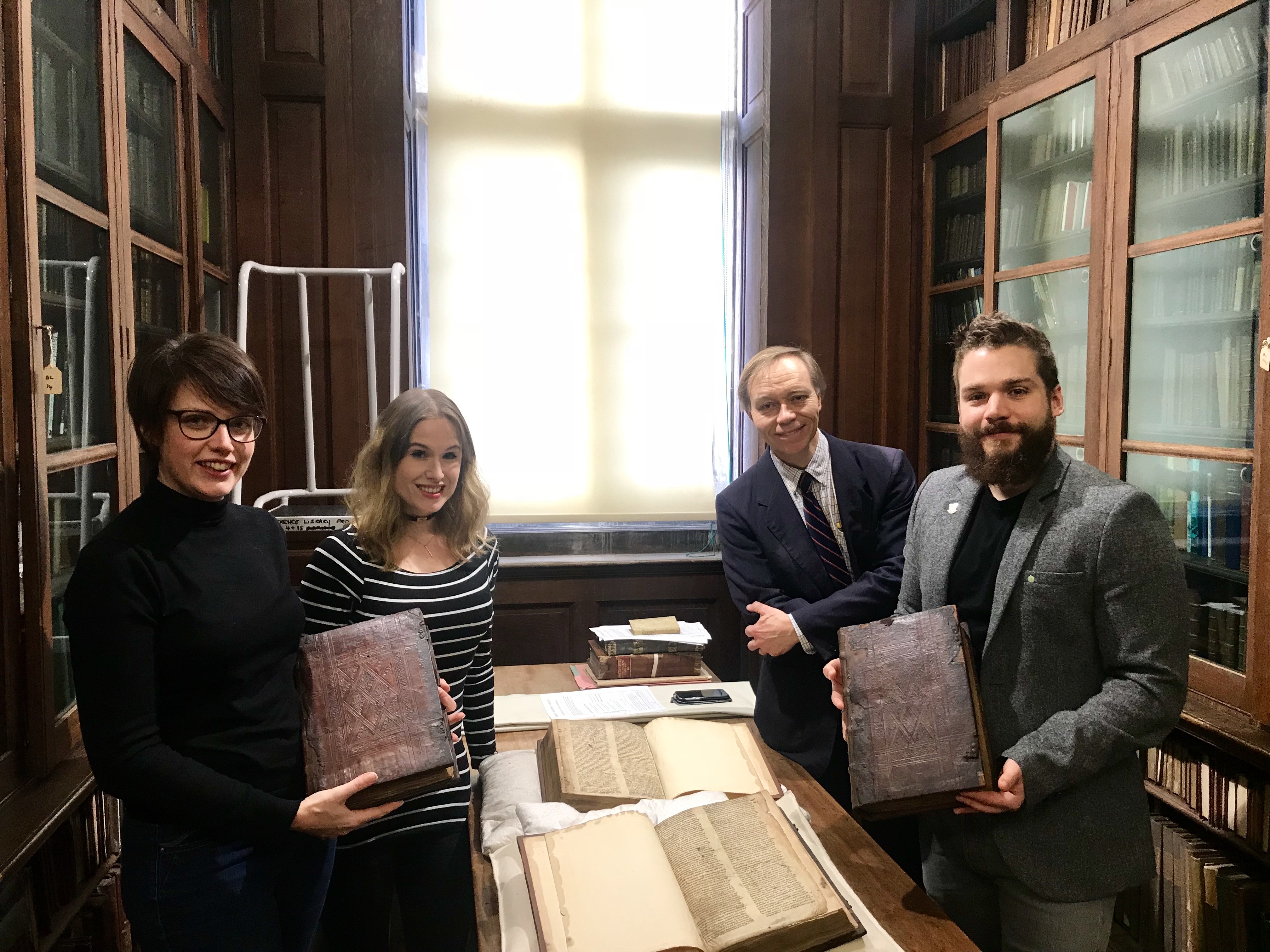 Dr Tether said:"These fragments of the Story of Merlin are a wonderfully exciting find, which may have implications for the study not just of this text but also of other related and later texts that have shaped our modern understanding of the Arthurian legend.

“The South West and Wales are, of course, closely bound up with the many locations made famous by the Arthurian legend, so it is all the more special to find an early fragment of the legend - one pre-dating any version written in English - here in Bristol.”

The team aim to discover more about the fragments' journey to Bristol, including when and where they were made and how they came to be bound in the Gerson volumes.

"We are all very excited to discover more about the fragments and what new information they might hold.”
Dr Leah Tether

The experts have already discovered that the Bristol fragments contain evidence of subtle, but significant, differences from the traditional narrative of the stories.

There may be many more differences but because of the damage to the fragments, it will take some time to decipher the text and infra-red technology may even be used.

To enable scholars the world over to engage with the Bristol Merlin find, a full transcription and edition of the fragments, alongside a description of their manuscript context will be produced.

What do you think of this discovery? Let us know!

Can You Ever Forgive Me? is lacking in tension and direction despite some witty dialogue

An introduction to Sustainability Month