The Front Runner drops out of feminist debate early

Surprisingly funny and fast paced, this US political biopic starring Hugh Jackman as Gary Hart, the presidential favourite in 1988 who dropped out of the race due to the high profile media coverage of his affair, lets itself down in the end by failing to have a clear perspective on the events to match modern day expectations.

The fast paced, multi-laugh opening half of The Front Runner enthralls as it follows promising politician Gary Hart (Jackman) and his mostly male team of advisors on his 1988 presidential campaign trail across the United States. Hart talks economics and democracy during the day with a recurring cast of - again - mostly male journalists and celebrates generously with drinks during the evening, all edited between clips of TV news coverage and a delightful, sparky score by composer Rob Simonsen.

About three quarters through the film, it seems the real topic of the film is emerging to the surface: the women left in the wake of our serial charmer and idealist. The third quarter of the film slows the pace and addresses the toxic masculinity of the campaign team. Hart’s wife Lee (Vera Farmiga), his mistress of interest, Donna Rice (Sara Paxton), the only woman on his key staff, Irene Kelly (Molly Ephraim), and The Washington Post journalist Ann Devroy (Ari Graynor) all have more prominent dialogue and director and co-writer Jason Reitman seems to be edging towards a clear, feminist conclusion.

Farmiga is tremendous in a couple of key scenes as the betrayed wife. Away from the Washington D.C. political storm and the ever-changing backdrop of the campaign trail, she is left to act within the confined setting of the Harts’ quaint country home in Colorado and makes do without the glamourous props. You will do well to find better over-the-phone acting than when she receives the confessional phone call from her husband. She deflates and patiently delivers a humdinger of a line: ‘The one thing I ever asked was that you don’t embarrass me.’ 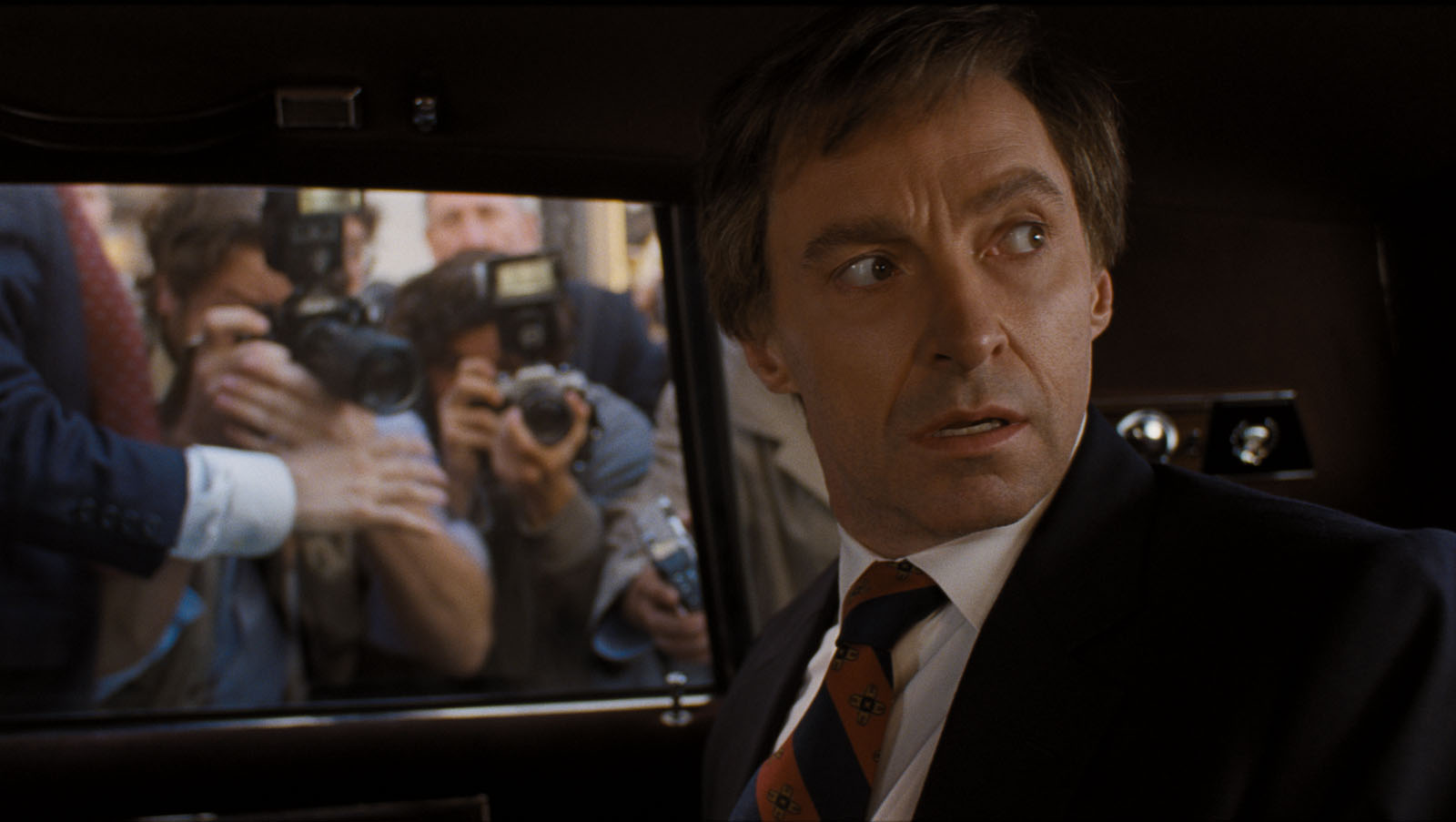 The Front Runner is another reminder of how Hugh Jackman and J.K. Simmons are dependable players in the Hollywood hierarchy. He is solid yet again as Gary Hart, balancing the staunch pride and charisma of the politician without overdoing either. It is not too difficult a task for him, but he has the necessary screen presence to be the focal point of the film. Simmons, on the other hand, is so magnetic and hilarious as campaign manager Bill Dixon in the first half before barely featuring in the second. His exclusion from the latter parts of the script is one of the reasons the film loses momentum.

The disappointment of the final stages is its lack of commitment to a key idea. Real life is messy, and biopics therefore can get caught up in trying to reflect upon everything going on. Hart has a valid argument on the inappropriateness of the invasion of his privacy and its relevance to his politics. Several journalists, including Bill Martin (RJ Brown) from The Post and Tom Fielder (Steve Zissis) from The Miami Herald, question the ethics and responsibilities of their reporting and gossip. But the most important aspect in the Trump era is this idea of moral integrity, family values, and politicians treating people - especially women in this case - with respect.

It’s maybe impossible to view this movie objectively in 2018. The film’s dilemma of whether to side with Hart or the press looks weak in light of Trump’s view of the media & his own sexual allegations. I wonder what it would’ve been like to view this even 5 years ago. 3/10

Reitman fails to develop the film’s stance in the end, and Hart seems noble in a way for dropping out of the campaign. It misses an opportunity to hold its real life protagonist culpable, and to really question the leadership and values of the current US president in a way that BlacKkKlansman (2018) does.

The Front Runner does not need to be so blatantly linked to current times as Spike Lee’s political powerhouse, but by avoiding a clear conclusion, it lacks conviction as a film despite being enjoyable in its early stages.

The Front Runner is on general release 11 January.

How does Gary Hart's womanising compare to the current US President's?