As part of a national campaign by PETA UK to end animal testing, over 2500 people have contacted the University of Bristol to ask that it moves away from conducting such experiments.

PETA has encouraged people to send a template email to Vice Chancellor Hugh Brady, following the news that the university had carried out more than 26,000 animal testing procedures in 2017. The animals involved in these tests included cats, fish, mice, rabbits, pigs and guinea pigs.

Bristol is among a number of other top UK universities which the charity PETA (People for the Ethical Treatment of Animals) has focused on in this campaign, with the scale of animal testing in Bristol relatively small compared to the likes of Oxford and Edinburgh.

Activists have called for the practice to become significantly limited or stopped all together. They claim that the practice of testing on animals is not only cruel but also scientifically flawed as it cannot accurately predict the effects a substance may have on humans. 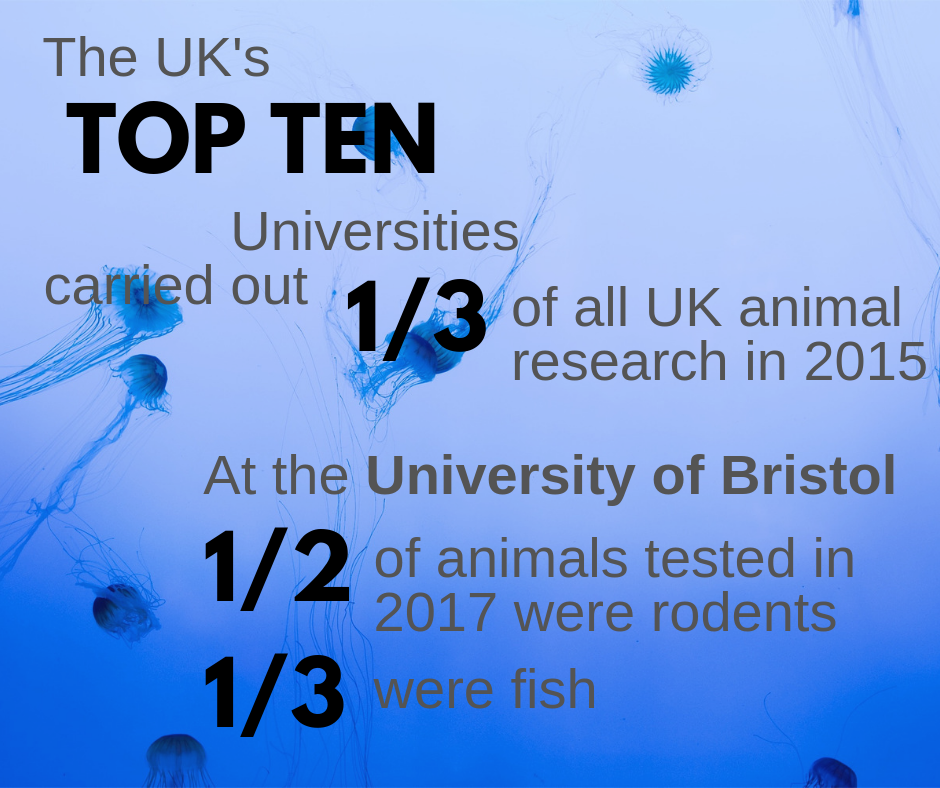 ‘It is backwards and unethical to subject these sensitive, intelligent animals to miserable lives in laboratories and to painful, terrifying procedures.’

This is not the first time that animal testing at Bristol has stirred controversy, after members of the Animal Justice Project organised a protest in 2017 in which members held up an illuminated sign saying: ‘Bristol Uni kills animals.’

In spite of these criticisms, the University has defended its use of animals in scientific research, arguing that it is necessary for the advancement of medical and veterinary science.

‘Wherever possible our research relies on computer models, human volunteers or cells grown in the lab. However, these methods are not suitable in every instance. That is why, when absolutely necessary we, support the principle of involving animals in research in order to advance our understanding of health and disease.’

The University also stated that it was committed to treating all animals used in research with compassion and respect. It confirmed that all research involving animals was ethically reviewed and adhered to the regulatory standards set by the Home Office.

Julia Baines claims that there are other ways for universities to still lead the way in research: ‘Leading institutions are realising that to stay at the top of the class, they need to leave behind useless experiments on animals and embrace superior technology such as human cell–based testing systems and computer models.

‘Schools in India have recently been required by a state official to replace animal dissection, and thanks to a PETA US exposé, 129,000 e-mails, and a long-standing campaign, funding dried up for painful sepsis experiments using mice at the University of Pittsburgh.

‘We urge the University of Bristol to make it its New Year's resolution to cut out cruel experiments on animals and to embrace humane, animal-free research.’

Do you want the University to end all animal experimentation? Let us know on social media:

The Magic of the Cup

Bird Box success blind to its mediocrity, despite causing memepocalypse