Is Black Mirror: Bandersnatch the start of an interactive TV takeover?

The latest episode of the Charlie Brooker anthology series is an interactive film during which the viewer chooses the path, reminiscent of the Goosebumps books.

‘Bandersnatch’ is a feature length experience, worth checking out on the merits of its format alone. What it attempts to do is something that has almost never been seen before in the world of film and television: ‘Bandersnatch’ is a highly interactive, branching narrative where the viewer is given the opportunity to pick the direction that the story goes in.

According to Carla Engelbrecht, Netflix’s director of product innovation there are ‘millions of paths’ viewers can take which lead to a number of endings that nobody involved in its production can really agree on. Annabel Jones, one of Charlie Brooker’s producing partners on the show has said there are no true endings and that there are 5 ‘definitive endings’, but Brooker himself has insisted that he ‘doesn’t know how many endings there are’. What this all means is that ‘Bandersnatch’ is a lot to unpack.

"In 'Bandersnatch', you can’t forget that you exist because you are constantly being reminded that there’s a device in your hand, like a remote control, or that you are tapping things. But the tricky thing was keeping it so you would feel responsible for what is happening to him."
Charlie Brooker on the difference between producing Bandersnatch and linear narratives.

On top of Stefan, we encounter a small cast of significant characters including his father, Peter (Craig Parkinson), his therapist, Dr. Haynes (Alice Lowe), and fellow game designer and Stefan’s idol, Colin Ritman (Will Poulter). Poulter steals the spotlight in every scene he’s in thanks to some witty and at times, hilarious, dialogue. It is a brilliant performance that would be oddly reminiscent of Moss from The IT Crowd (2006-13) if he suffered from a problem with hallucinogens. 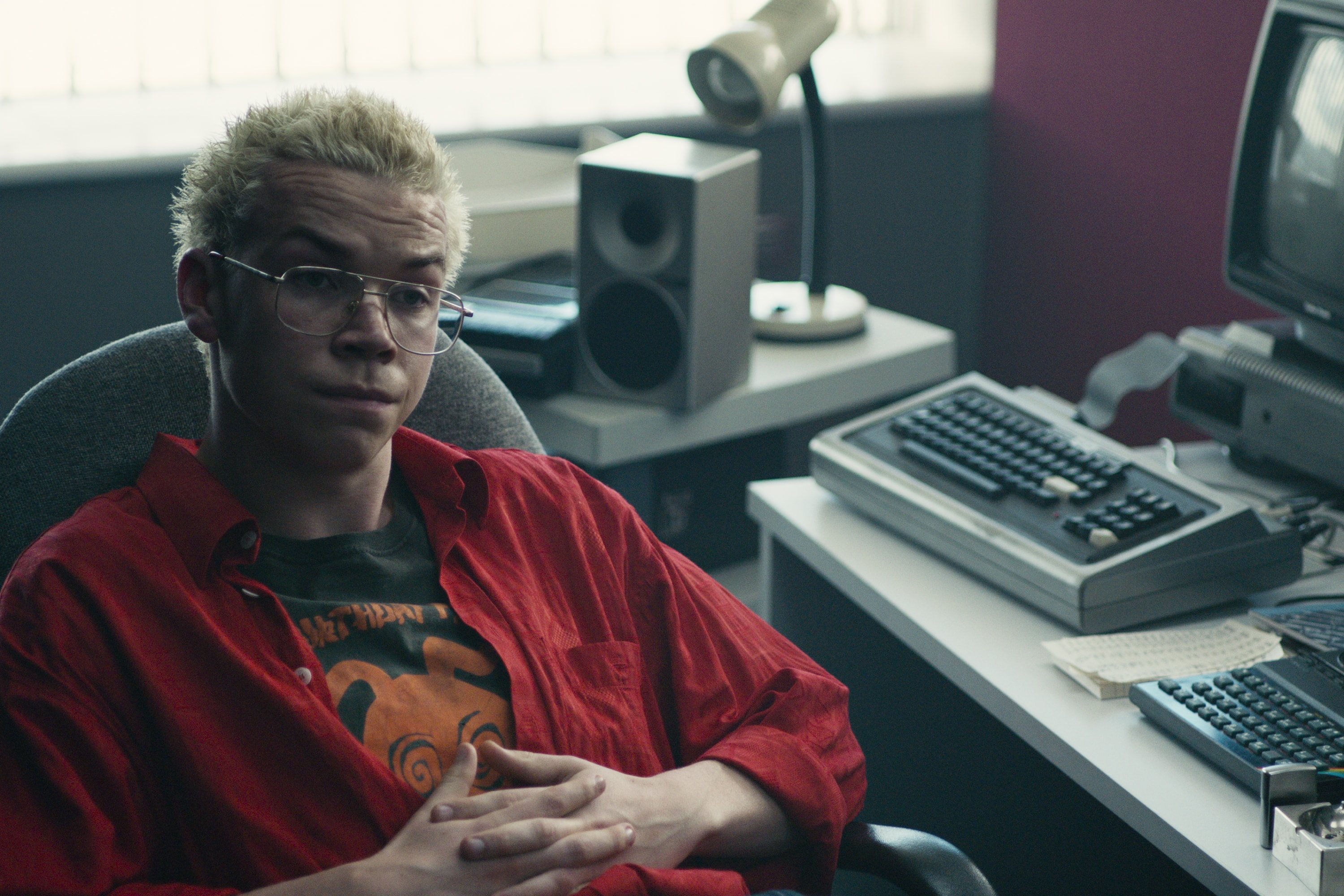 Despite excellent performances from every single cast member, none of the characters aside from Stefan are ever fully developed as the story rushes along at a rapid pace. This is easily forgivable, however, thanks to the show’s loving recreation of the ‘80s with a fitting soundtrack. The sets also feature store fronts redesigned to look like their ‘80s counterparts and brutalist monuments, such as the Croydon No. 1 building, that practically scream 1984.

Throughout the episode, the presence of the viewer is not-so-subtly acknowledged, culminating in what is perhaps the strongest moment of the show: a direct confrontation between Stefan and the audience, where you are given full power to respond to him begging you to ‘give him a sign’. This coupled with game-like elements - your viewing is interrupted with endings reminiscent of ‘GAME OVER’ screens and brief lapses in dialogue and action whilst you make your choices about where the narrative will go - make a fantastic combination.

‘Bandersnatch’ doesn’t just break the fourth wall, it demolishes it, and it does so to excellent effect. By the end of most of its many narratives, you will be left feeling directly responsible for the fate of Stefan and those around him, and you could be left feeling immensely guilty. This is not a videogame - you aren’t Stefan - you’re a voyeur, forcing Stefan to take actions against his will for your own entertainment.

when any decision you make ruins stefan's life #Bandersnatch pic.twitter.com/Lu1jl3ccw7

But does ‘Bandersnatch’ prove that interactivity has a future in film and television? After all the illusion of narrative control can easily be broken when viewers become aware of techniques like the aforementioned ‘GAME OVER’ screens. Lines of dialogue littered throughout the show such as ‘I should try again’ seem to shepherd viewers down certain pathways and the repeated interruptions of being presented by choices could seem much less charming in a storyline that doesn’t rely as much on the concept of interactivity as ‘Bandersnatch’ does.

The higher-ups at Netflix certainly see promise in interactive film. ‘Bandersnatch’ after all is only their latest experiment with interactive storytelling. Two other interactive experiences have already been released on Netflix, an interactive episode of The Adventures of Puss in Boots (2015-18) and an adaptation of Telltale Games’ Minecraft: Story Mode (2017). On top of that they also developed new scriptwriting tools and data caching technologies for the production of the episode to gather data about the choices made by those who watch it. Surely that much effort wouldn’t go into one episode of TV, no matter how lucrative?

This leads us down a dark path. Could the artistic integrity of linear storylines be compromised by overbearing CEOs who view an interactive storyline as easier to market thanks to its gimmicky nature? And are we really comfortable with corporations gathering data not only about what we watch, but how we watch it and how to manipulate the choices we make? It’s almost fitting that Black Mirror should be the show to raise these questions. 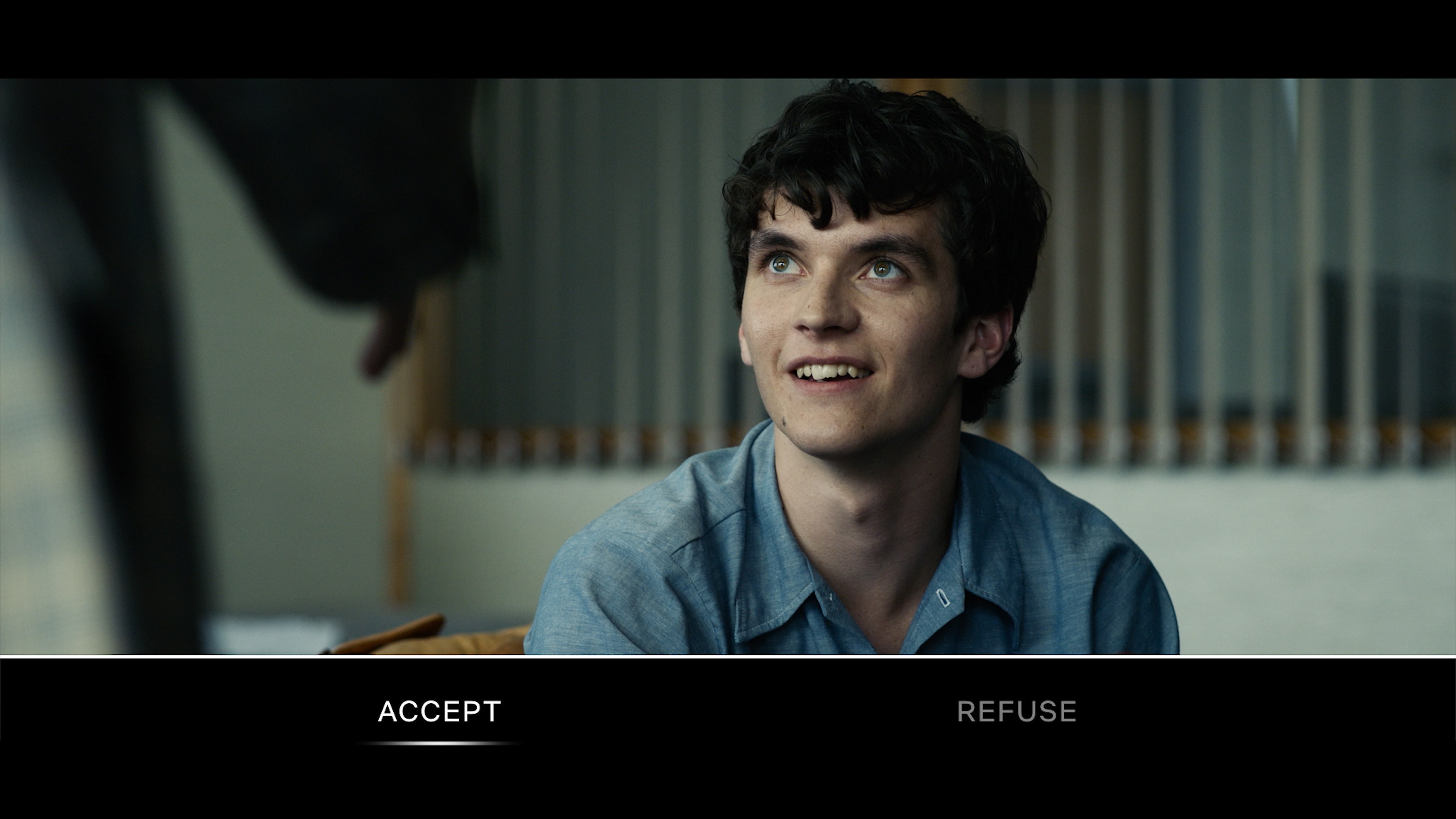 Ultimately, ‘Bandersnatch’ might not have answered all of our questions about the potential for interactivity in film and television, but it sure had a lot of fun trying to. If you’ve been craving more Black Mirror, if you love dark stories, or if you’re just looking for a media experience that feels truly unique, ‘Bandersnatch’ is the TV for you.

How many times have you gone through Bandersnatch?