2018 marked the 30th anniversary of Die Hard, widely considered one of the greatest action films of all time - and, it could be argued, one of the best Christmas films too.

'It's not Christmassy!' I hear you clamour. To be perfectly honest, I always used to be one of those people who'd just have to hear of a film with the word 'die' in its title, or see a poster with some sweat-slicked, grubby man holding a gun, to be convinced that it would just be a lot of swearing and shooting. This was how it would've been a few years ago, but I can now count Die Hard and its sequels - of varying quality, I might add - as being among my favourite films.

We start with a youthful - and not bald - Bruce Willis making his way through an aeroplane cabin. He's not toting a gun yet, though; instead, there's a rather large plush bear tucked under his arm. Willis' character John McClane, an NYPD detective, is heading to LA to try and make amends with his estranged wife Holly, at a Christmas party being held by her employer. 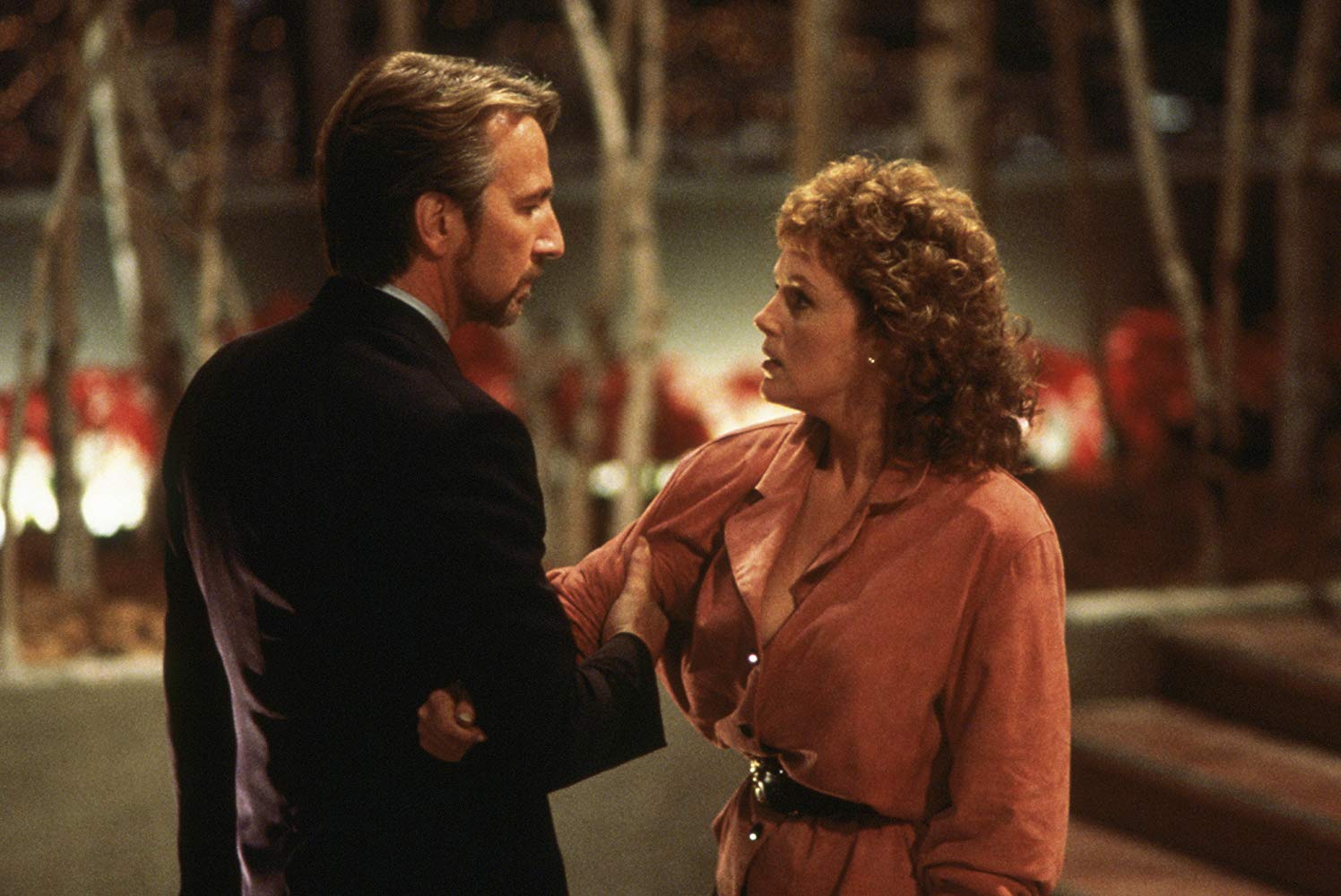 McClane makes it to Nakatomi Plaza and settles into his hotel room, but while he's getting changed, he hears that unmistakable bang of a gunshot. Grabbing his pistol, he instantly and instinctively recalls his police training, though he doesn't have time to put his shoes on.

On another floor of the building, McClane's wife and her fellow party-goers are interrupted in their festivities by the arrival of the oh-so-deliciously-vindictive terrorist Hans Gruber (played perfectly by Alan Rickman). Gruber and his gang are pushing for the release of some political prisoners and is intent on taking hundreds of millions of dollars in bearer bonds from the Nakatomi Corporation. McClane sees the disaster unfolding but keeps a low profile, sneaking around the maintenance conduits and deserted corridors of Nakatomi Plaza. 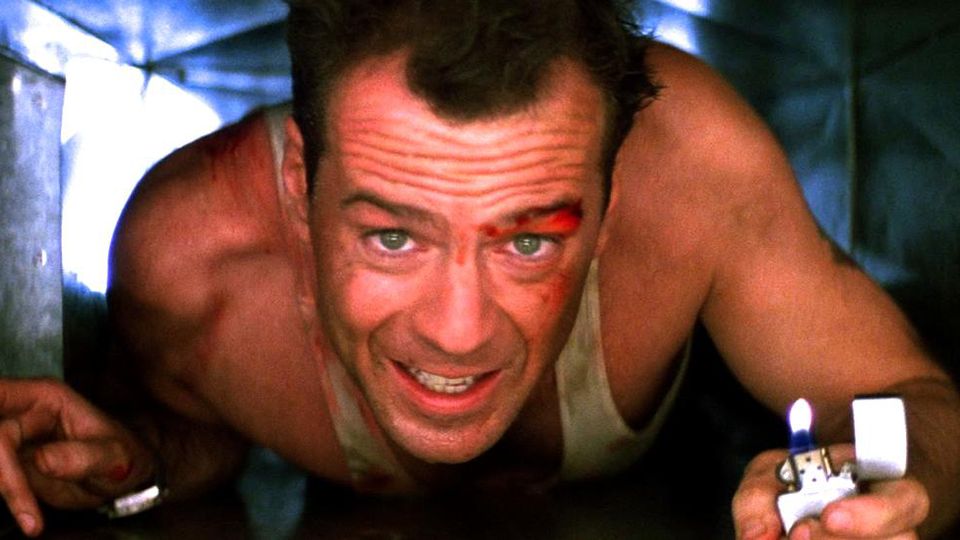 As the plot plays out, Gruber's associates are picked off one-by-one by McClane, who at this point has resorted to bandaging his bare bleeding feet with toilet paper. The final stand-off takes place on the roof - because where else would a siege in a skyscraper end? - of the tower, with Gruber having taken Holly hostage.

But McClane's hot on his heels. The terrorists blast an FBI helicopter out of the sky and the police gather in their patrol cars, snipers and all; in the courtyard below, Gruber and McClane go head-to-head, with McClane emerging victorious and Gruber falling to his death.

Yes, it is a lot of shooting. And yes, there is a lot of swearing, but it's good swearing - I'm thinking in particular about McClane's triumphant 'Yippee Ki Ay, Motherf*****'. It's also perhaps worth noting that you get to be exposed to the terrific acting talents of both Willis - who was up until then known mostly for the comedy Moonlighting and who accepted the role only after it was declined by Clint Eastwood and Mel Gibson- and Rickman. Gruber truly is his best role, I think - I must remember to apologise to all of the Harry Potter fans. 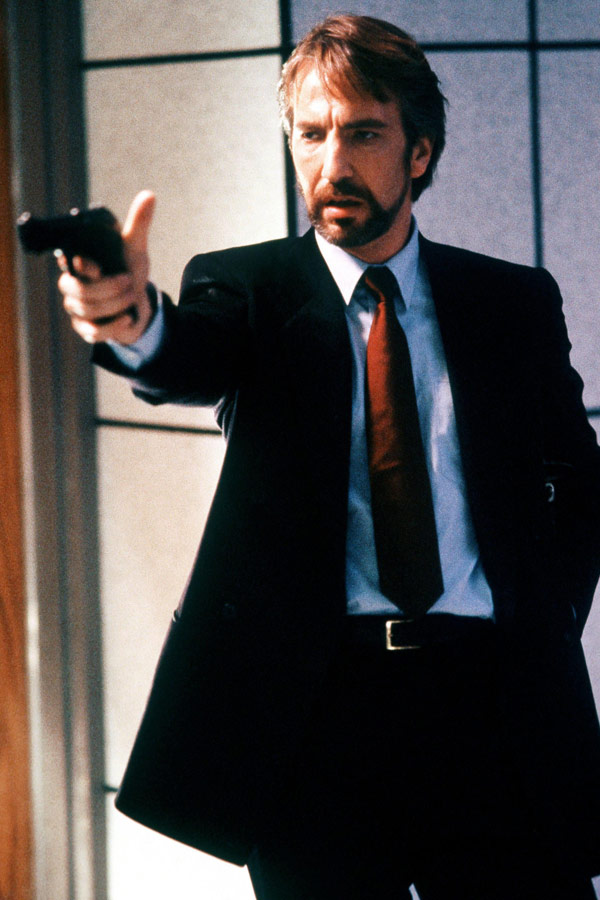 Okay... so I didn't mention much to do with Christmas, did I? Besides the festive music that we hear emanating from a car stereo and the Santa hat that McClane rather unceremoniously dresses the corpse of one of Gruber's associates with, there really isn't much that's obviously Christmassy.

But the film in itself is worth watching (and re-watching) because who doesn't want to see a Christmas siege film? And that's not even mentioning the fact that McClane does reconcile with his wife, with he and Holly walking off hand-in-hand and it was voted by Empire in 2010 and by IGN in 2012 to be the greatest Christmas film of all time. We'll just have to ignore Willis' own comments from last year that 'Die Hard is not a Christmas movie! It is a goddamn Bruce Willis movie!' Let's just say that it's both.

Out: diehard is a Christmas movie

In: American psycho is a Christmas movie pic.twitter.com/tzHi4oIP9I

It came out in February, there's not a bauble-filled tree in sight, but it's still a Christmas classic for me and it's got nothing to do with seeing a young Bruce Willis in a vest. And we haven't heard all that's left to hear of the NYPD detective. The latest installment in the Die Hard franchise, McClane (TBA), is due out sometime next year, so what better way to celebrate the first film's thirtieth anniversary?

Will you be celebrating Christmas with Hans Gruber and the gang this year?

NEXT
one sidebarwhatsmicroaggressioncarouselfeatured top
Dec 06, 2018

Microaggressions: what are they and how to intervene