According to NFL Commissioner Roger Goodell, who has been perpetually quizzed as to the possibility of a London-based NFL franchise, ‘there is no question a team could be successful here’ – but, are we any closer to the historic expansion of America’s gridiron?

Since 2007, American football fanatics have been rewarded for their vehement enthusiasm via the NFL’s annual spectacle, the ‘International Series’. Providing an extravagant sporting spectacle unbeknown to British sports fans, the programme has been an overwhelming success; stadia are full to the rafters, demand continues to grow, and NFL teams are increasingly lured by the potential of European markets. As such, only three out of the league’s current 32 teams have thus far not made the journey across the pond.

Testament to the popularity of the International Series, at the end of October Wembley witnessed a mouth-watering contest between Super Bowl LII winners the Philadelphia Eagles, and London regulars the Jacksonville Jaguars. Despite a late 4th quarter flurry that sealed the Eagles an important win, the game was significant for another reason. With 85,870 fans packed into Wembley, the event had attractive a record-breaking attendance for a regular season game in London. The upward trajectory of the sports appeal in the UK was reinforced and made undeniable.

We Did It Again...Another Record Attendance 🙌🙌🙌

Reflecting on the spectacle, Tracey Crouch as UK Minister for Sport adamantly emphasised that American Football is ‘growing from strength to strength’ in this country. Indeed, as Crouch reiterated, a ‘Super Bowl style atmosphere’ has become commonplace since the initiative began in 2007. Ultimately, the enduring popularity of American football in the UK, combined with the NFL’s complicity in delivering regular games on a yearly basis, has led many to wonder – what about a franchise based in London?

Speaking on the issue, Mark Waller, as the NFL’s Executive Vice President, confirmed that the UK’s estimated ‘6 million avid fans’ constituted a ‘fan base big enough and passionate enough that it can support a franchise’. Yes, the London Monarchs were a flop in the 1990s; competing in an experimental league, NFL Europe, the Monarchs’ foray into professionalism failed to lure the attention of British fans. Subsequently disbanded in 1998, the team was eventually replaced by the Berlin Thunder, although they similarly fizzled out by 2007. However, the sporting awareness of Britain’s gridiron faithful is now at an all-time high. Indeed, amateur involvement has sky rocketed, whilst Sky Sports’ coverage led by Neil Reynolds has precipitated a hike in viewer ratings. However, although the market suitability is explicit, there remains predominant issues left to ponder.

First and foremost, owners and NFL authorities alike must confront the bewildering array of logistical obstacles blocking the current path towards a team in London. Indeed, deciphering whether a brand-new expansion team would be preferential to the relocation of an existing franchise has already provided fuel for debate. On balance, the latter option appears more attractive; this would not upset the balance of the current 32-team league format, and is thus be more likely to acquire endorsement from ¾ of the league’s owners as required to mandate relocation.

Beyond this, apprehension surrounding competitiveness and player satisfaction looms large. Indeed, away games represent an undeniable hurdle; how could the Seattle Seahawks trek to London for a play-off game, and remain competitive a week later in the following round if triumphant? Moreover, would undrafted free agents be willing to up uproot themselves and head to the UK? What about the coaching staff, and their respective families?

Despite an abundance of issues, speculation as to the future of an NFL franchise remains rife. Current gossip generally embroils the Jacksonville Jaguars, who as of 2013 committed their yearly presence in London until 2020. Unsurprisingly, with Shahid Khan at the helm, intrigue has steadily accrued; the owner of Fulham FC also made a bid to buy Wembley Stadium from the FA earlier this year. Is the birth of the ‘London Jaguars’ on the not so distant horizon? 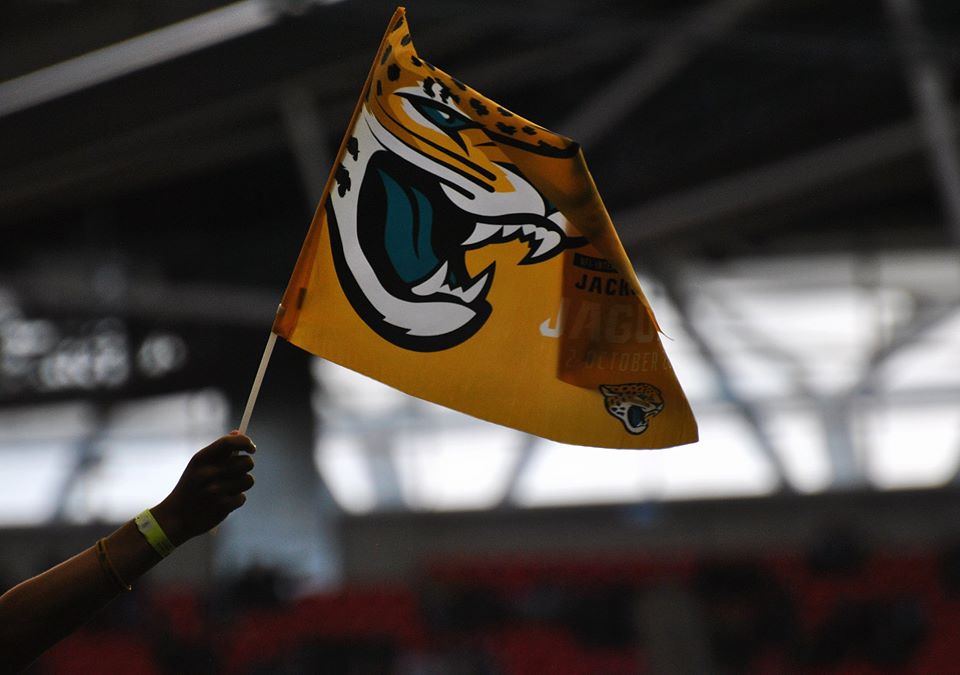 Recently addressing enquiries from the media, Waller enticed fans further by revealing that an NFL franchise could be expected as early as 2022. Waller stressed that ‘all of the indicators are incredibly positive’ and ‘we’re ready to go’.

As it stands, there is no concrete assurance of an NFL franchise branching out into the UK. However, between then and now, there remains a feast of live American football available to British fans. Indeed, 2019 will host two games at Wembley and Tottenham Hotspur Stadium respectively. Moreover, Wembley will continue to entertain regular season games until 2020, whilst a 10-year contract was recently signed with Spurs’ Stadium to deliver at least two games a year from 2018.

In the meantime, before the NFL’s elite permanently settle on UK shores, head down to Coombe Dingle and support the Bristol Barracuda as they march towards a record-breaking season of their own.

Do you think London could accomodate an NFL Franchise? Let us know your thoughts!

The Ballad of Buster Scruggs brings Western mania to Netflix