Ben Bradshaw MP: ‘What we are facing is a total sh*tshow’

Ben Bradshaw became an MP in 1997 as part of the New Labour landslide and rose through the ranks to serve in the Cabinet of Gordon Brown as Secretary of State for Culture, Media and Sport. He came here to speak at an event of ‘Our Future, Our Choice’ or OFOC, a youth-led campaign for a so-called ‘People’s Vote’ to try and prevent us leaving the European Union.

I begin with the simple question; why does he support OFOC and a People’s Vote? ‘Because I think Brexit is the worst policy mistake that this country has made since appeasement in the nineteen thirties and if it happens, and certainly if it happens on the terms that it looks as if it could happen, it would have damaging effects on this country for decades to come’.

He explains that following the initial vote he ‘believed that the reality of Brexit once the British public were faced with it rather than the fantasy version that was sold during the Referendum campaign would be so bad that the great common-sense of the British people would prevail and I think that is a very likely scenario now’.

Given the four-point margin of the initial Referendum I ask if he is really so sure the result will be different this time? ‘Oh yes I am absolutely confident of that. Once the public see the reality of a botched, a blindfold, or a no deal Brexit’ that the margin for remaining would increase, and ‘that is supported by all the polling and focus group work that I have seen done’. 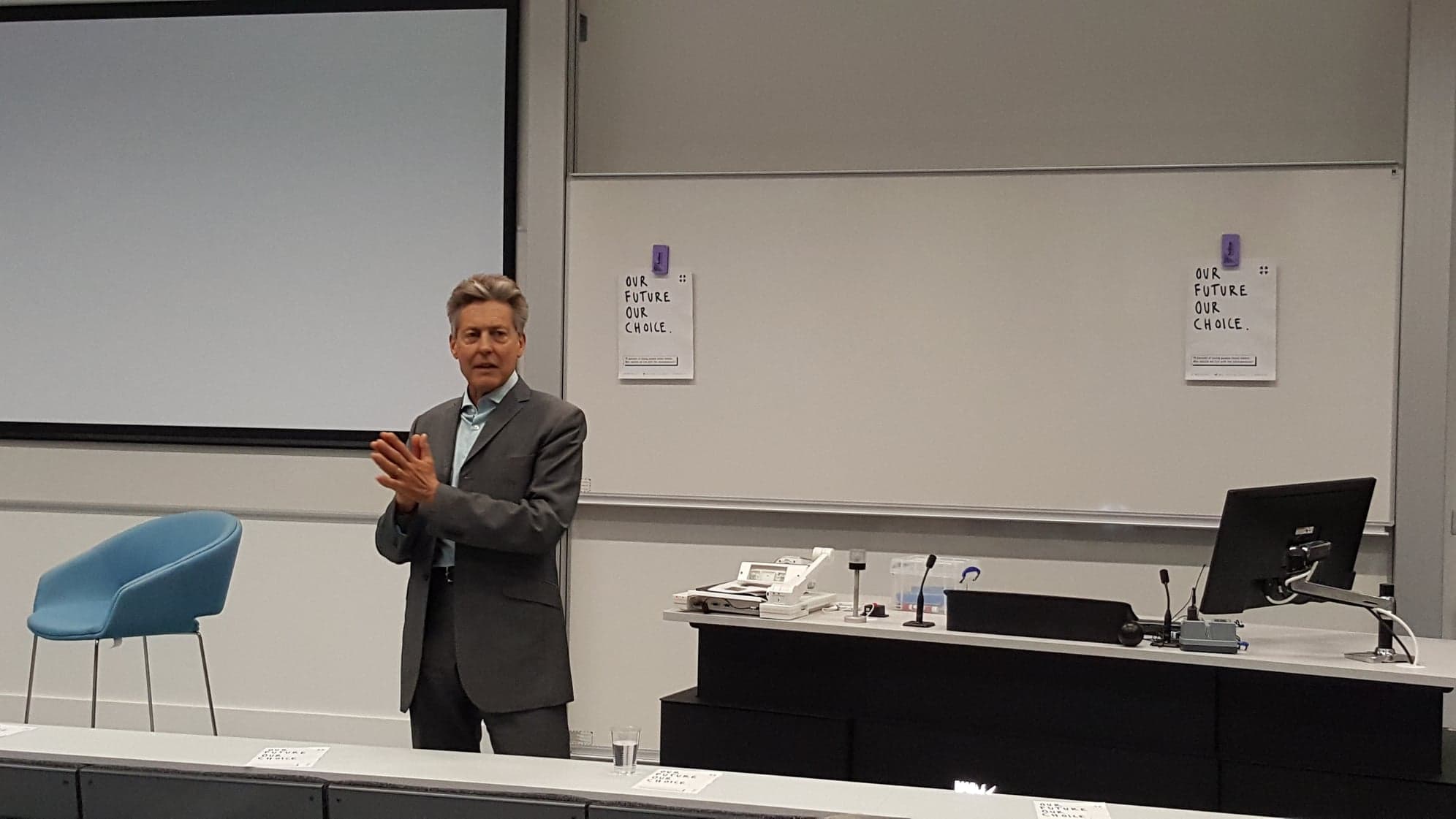 I am curious though what he thinks of the multiple underlying causes of Brexit in the first place and whether they have been effectively dealt with. I ask Bradshaw if he thinks a topic like immigration, which for some was a key reason for voting Leave, is still a concern for some? ‘Well to coin an old New Labour phrase I think we need to be tough on Brexit and tough on the causes of Brexit. Interestingly enough though, if you look at the current polling, the salience of immigration as an issue has declined significantly since the referendum. That might be a symptom of the fact that we are haemorrhaging people, particularly EU nationals, and far fewer are coming here because this is a less attractive country to come and work in and because of the pound’.

He then emphasises why he thinks migration is so important: ‘the simple fact is we need migrant labour as a developed economy and with an ageing population and in my part of the world one of our biggest problems are labour and skills shortages and the idea that our economy and our public services are going to be able to run in future with no contribution from migrant labour is just untrue’.

He is also keen to highlight ‘there are also a lot more things we can do within the current EU rules and control migration which we have never used, tools which other EU countries deploy; a five-year residency requirement before you can claim any recourse to public funds, for example, registration, identity cards’.

Good discussion with ⁦@OFOCBrexit⁩ supporters at ⁦@BristolUni⁩ tonight on the campaign for a #peoplesvote to avert Tory #brexitshambles pic.twitter.com/gicHYvIIrL

There has been much in the news recently on how near to a deal the Government is with the EU, so I ask Bradshaw what he thinks the outcome of the deal will be and if he and his fellow MPs will get a final say? He admits ‘it is very difficult to predict’ but that he had always thought ‘there would be some sort of deal because the consequence of no deal for both sides are so horrific’.

On the deal itself he says ‘it is most likely at the stage to be a fudge or what people are calling a blind fold Brexit’ and that there ‘is no majority in the House of Commons for anything that Theresa May is likely to come up with’ ‘the most likely outcome is that the Parliament would reject a deal if we get one and certainly Parliament will step in to stop no deal’.

Ultimately, however, it is the people who Bradshaw believes should have the final say: ‘I think the public are absolutely fed up with Brexit already, just want to put it behind them and get on with their lives and I think MPs will reflect that and that is why I think the most likely outcome now is putting the issue back to the people who started the process to finish it off’.

Was great to meet and chair an event with Labour MP @BenPBradshaw for @OFOCBrexit on the need for a #PeoplesVote on the final Brexit deal. Feeling much more optimistic and excited for the #PeoplesVoteMarch on Saturday. Also thanks for the pint after! pic.twitter.com/iXo2comE6u

Whilst the Labour Party leadership have not ruled out putting the issue back to the people their current official position on Brexit is still to go ahead with it; Bradshaw believes this will change and talks me through would he believes the most likely scenario will be:

‘I think the resolution that we agreed at our Party conference last month was a very positive step forward in the right direction and that the culmination of many months of very hard work by ordinary members, parties round the country, MPs and it lays out a clear sequence of events that if there is a deal it is very likely, if not almost inevitable, that we will vote against it because it will not be able to meet our tests’

‘We will then of course, if the Government is defeated, we will call for general election, there will not be a general election because a third of MPs will not vote for one and under fixed term parliament act you have to have a two-thirds majority in Parliament for there to be a general election and we made clear that in that event then we keep all options on the table, including the people’s vote with Remain on the ballot paper, so I think you can see a way through a very clear sequence of events there which I think now are probably the most likely to scenario.’

Hoping to find out a little more about the Labour Party behind the scenes I ask if the leadership want to remain in the EU if possible? Bradshaw emphasis that as a backbencher he does not speak for the leadership but says that despite originally campaigning for Remain ‘the leadership, at least, felt that it had to accept and acknowledge the result and implement Brexit, or certainly not put obstacles in the way of implementing Brexit, and that’s why the labour a leadership voted for Article 50’. Bradshaw, like a number of Labour MPs, did not vote for Article 50. Being blunt Bradshaw puts the Labour situation thus:

‘I think as time has grown on the Labour leadership has realised that what we are facing is a total sh*tshow and the Government has been so incompetent in the way it has handled the negotiations and we really are facing an existential crisis, economic and constitutional as a country and I think that the Labour leadership has understood that given the choice between a bad deal and no deal a far better of alternative would be to put the question back to the people and campaign very strongly to stay in.’

Bradshaw is very much a politician of the Blair era so I am curious as to how he has found life in the Labour Party since its shift to the left and particularly in trying to move the Party’s position on Brexit. On Brexit he says ‘I have found it very stimulating, very motivating for me. I think if you believe in something as strongly as I do it is not a difficult thing to campaign for and argue for’.

On having to go against Labour policy he says ‘One could argue that breaking the whip and voting against one's own party is a very difficult thing, it is not something I have done before and it is not something I intend to do on a regular basis but on something as fundamental as this where I think that the consequences of a certain action would be so damaging to the country I have not had a problem of speaking out and voting against my party leadership one bit’.

Bradshaw expresses his delight that the position of the leadership has changed ‘under pressure from not just MPs but ordinary party members, from the trade unions’ who have ‘moved their position into the right place’. The change in Labour’s stance, he says, ‘has been partly a consequence of the willingness of some of us, like me, to stand up and be candid for what we believe in’.

The sad truth behind elephant riding