What does the newly appointed far-right president mean for Brazil?

In light of the recent election of far-right politician Jair Bolsonaro, Peter Borsada examines what the future holds for Brazil.

Voters in Latin America’s largest democracy went to the polls last Sunday and chose as their president Jair Bolsonaro. Bolsonaro has long been a fixture of Brazilian politics, having served as a Federal Deputy in Brasilia since 1991, where he has had just as long a history of making incendiary and offensive statements. He once shouted at a female member of congress that he “wouldn’t rape you because you don’t deserve it”, he has openly pined for the military dictatorship of the 1960s and 70s which tortured and ‘disappeared’ its leftwing critics, as well as claiming he would be incapable of loving a son if he were gay and that he would rather such a son be dead. This is the man to whom 55% of Brazilians entrusted the reins of power on Sunday. How did we get here?

Brazil’s politics has been in shambles since 2014 when the country entered into a deep recession. This sent inflation ballooning, cost the economy millions of jobs and left many of those still in employment unpaid for months on end. Compounding this came a political scandal with even more profound consequences. The so-called “Lava Jato” investigation, which refers to the practice of running money laundering operations in cash-centered businesses such as car washes, uncovered an epic web of slush-funds and kickback operations. Roughly £4.5 billion was redirected from government contracts for state oil company Petrobras back into the hands of corrupt politicians from all factions, but especially implicated was the ruling Labour Party (PT) of then president Dilma Rouseff. Rouseff was impeached in 2016 under the pretext that she had manipulated statistics about the Brazilian economy. 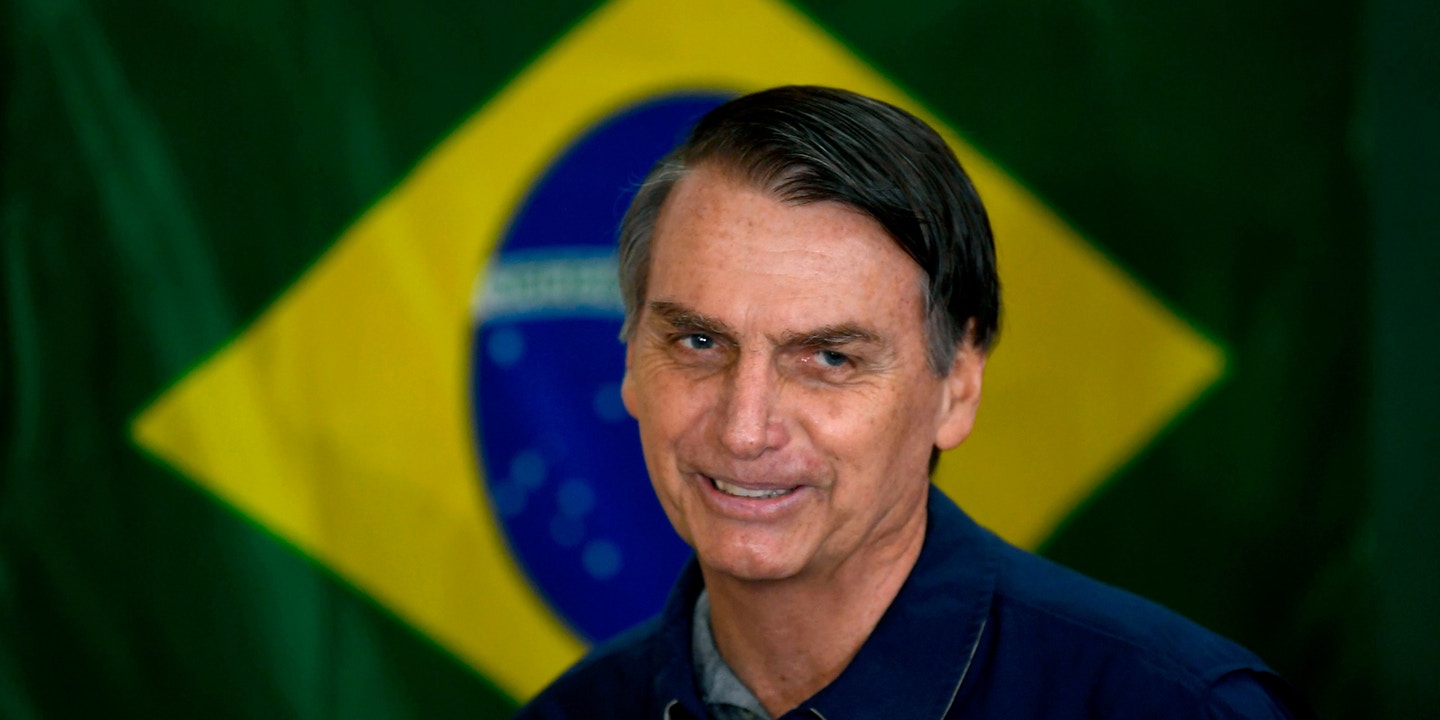 Brazilians have long despaired of their dysfunctional political system, where 30 or more different parties can be elected to Congress and where governing requires wrangling ideologically and geographically distant factions from across the massive country. Too often this has been achieved with bribes and ill-gotten money. Security concerns also weighed heavily in voters’ minds. Brazil’s murder rate is 30 times that of the UK with certain areas of the country’s major cities more akin to war zones. It is no wonder Bolsonaro’s promises of heavy-handed crackdowns on crime appealed to a weary electorate.

It is no exaggeration to say that Brazilians have elevated to high office a fascist, whose vague and extravagant promises seem unrealisable through democratic means. His vice president is a reservist general in the Brazilian army and his cabinet is likely to contain several more retired military generals. In the minds of many liberal Brazilians, the military coup that overthrew civilian rule in 1964 looms large. Ministerial posts are also likely to be handed to friends of agribusiness, whilst Bolsonaro’s public scepticism about climate change and flirtation with withdrawing from the Paris Climate Agreement have prompted worries that deforestation in the Amazon rainforest could be kicked into overdrive. Brazil’s thriving LGBT community fears reprisals and violence with transgender people most at risk. Bolsonaro’s campaign slogan “Brasil acima de tudo”, which could, to ape another right-wing populist, be translated as “Brazil First” does not bespeak a constructive foreign policy agenda either.

Had a very good conversation with the newly elected President of Brazil, Jair Bolsonaro, who won his race by a substantial margin. We agreed that Brazil and the United States will work closely together on Trade, Military and everything else! Excellent call, wished him congrats!

Brazil’s current constitution is only 30 years old and in the current climate of corruption, economic hardship and political unrest it seems more fragile than ever before. Brazil’s elites have utterly failed to right the ship and ordinary Brazilians have lost hope that the system as it exists now is capable of even keeping things on an even keel, let alone providing them with a better life. If this important democracy collapses it will be a dark day for the world and it is extremely worrying that its custodian is a now a man who denigrates the norms of a free society. I spent the first half of this year living in Brazil and it is my belief that its people are warm and open-minded, whilst the country’s culture and music are internationally celebrated. These things will not change. But the prospect of another country embracing chauvinist nationalism is one that should sadden liberal-minded people everywhere.

Have an opinion on the political situation in Brazil? Get in touch!

Is veganism better for the environment?

Review / The Church @ The Fleece