'The knowledge we are presenting is incomplete' - pan-Africanism, Afrofuturism and decolonising our curriculum

Why are our curriculums set up to leave certain viewpoints out, what is pan-Africanism and how can we, as students, broaden and decolonise our subjects from the old, traditional discourses? I sit down with Law Fellow, writer and poet Dr Foluke Adebisi to answer some of these questions.

‘Panafricanism, afrofuturism and decolonisation’ was the title of Dr Foluke Abebisi’s workshop for one of the SU’s Black History Month events. All three are academic concepts rarely engaged with day-to-day in mainstream academia, let alone in general conversations on campus. Despite SU moves to ‘decolonise our curriculum’, talk of these concepts is sadly confined to the fringes. A teaching fellow at Bristol Law School, Dr Adebisi teaches a new ‘law and race’, developed with Dr Yvette Russell and student input. The unit that aims to critically engage with the structures and institutions around which our lives are formed.

‘There is the importance of the solidarity between black and brown people in the UK’, starts Adebisi when I ask her about Black History Month. ‘Because of the increasing influence of black history month in the US, the visions of Martin Luther King, it is really important that we talk about history. It is important, especially in University, and especially in a highly-ranked University, for us to talk more about history that is left out of the history books, especially black history’ 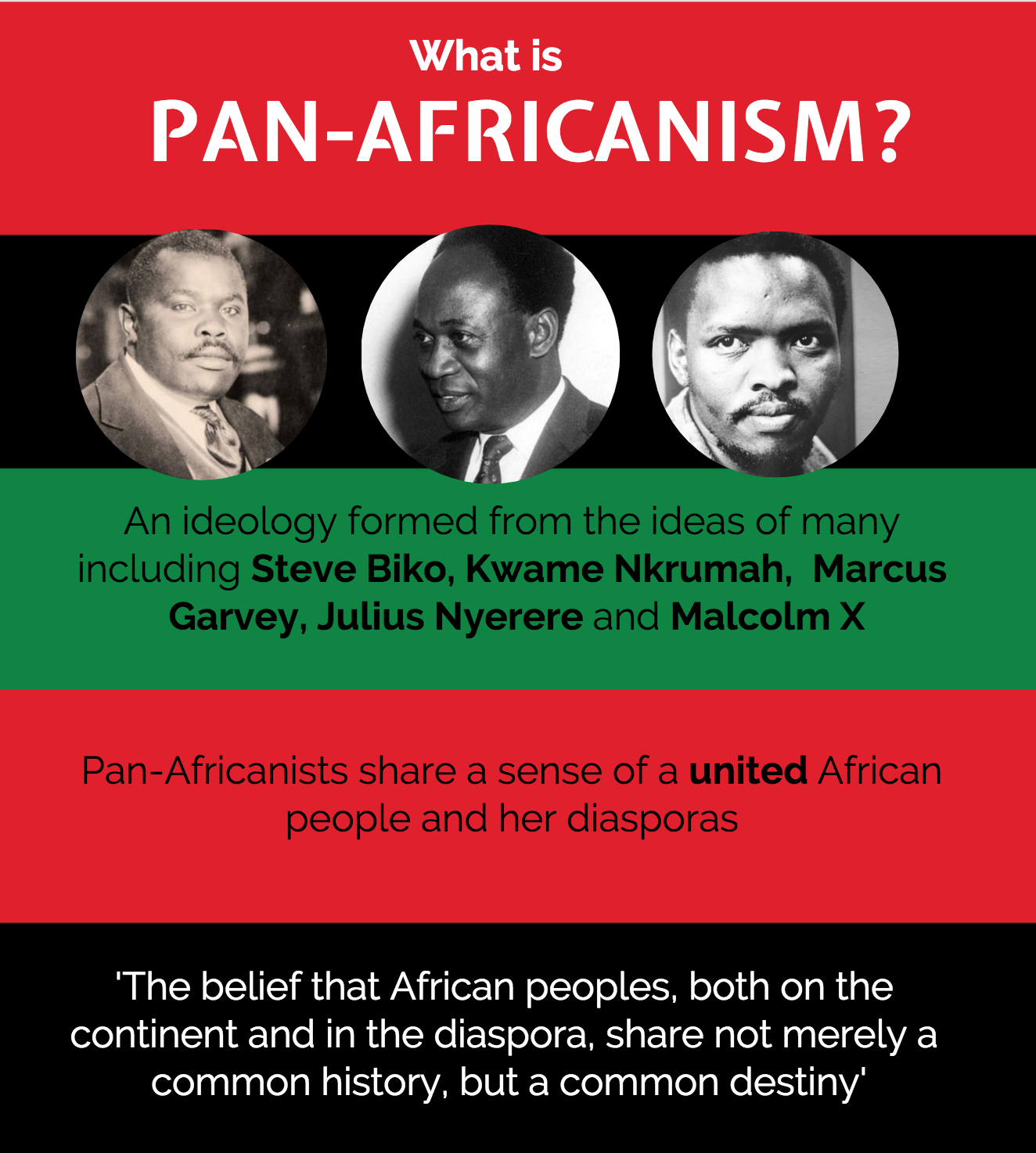 ‘There is a long tradition of leaving certain things out of the history books, and I think it’s important because it gives us the avenue to have these conversations that we don’t usually have’. I asked what the role of ideologies such as pan-Africanism had in our University setting, given how most students won’t have heard about them. ‘A lot of what we do in University is about ideology and schools of thought’, she says. ‘If you think about the racial and social formations of the world, and the theories that underpin them, the way in which the world is formed leaves certain theories out of it. It’s like the knowledge we are presenting is incomplete.

'We cannot make the world a better place where certain histories, ways of knowing or epistemologies are left out'

'One of the questions I pose to myself is “what is the University for”? If the University is a public good, where the point is to improve the world and make the world a better place, we cannot do that where certain histories, ways of knowing or epistemologies are left out’

‘One step is to unveil the hidden, and the second step is to ask, “what’s next” and I think Universities are the place to answer that question’
In her workshop, Adebisi focussed on critically analysing and questioning the structures around us and what that means for the historically oppressed. I ask how an academic institution can ‘decolonise’ their curricula. ‘Well, it’s very difficult! The way in which decolonisation has happened across the UK, in South Africa, Canada or the US, usually comes from the position of the students. Students get into this structure and then they realise things that have been left out, and then they begin to ask for them’

‘That’s why I direct my first arguments for decolonisation to students, because in the neoliberal university they’ve got a much stronger voice than academics. Academics too have a role to play; when we are asked to decolonise our instant reaction shouldn’t be “no”. We are steeped in our disciplines, we have learnt all sort of things that are the foundations, but then students who haven’t yet got their degrees are telling us that “these things are wrong or incomplete”, it’s a natural human reaction to say “no”. Academics should be open to learning things they are currently unaware on, and the structures of Universities have to be open to that as well’.

I move onto ‘law and race’, the unit that, along with the school of humanities’ ‘black humanities’ course are new this year. After so much is said about ‘diversifying’ our curricula, I ask what new units such as these bring to our degrees. ‘I would quibble with the word “diversify”’ Adebisi responds; ‘because it’s not really about bringing more into the structure, it is about questioning the structure itself. If we use the word “diversify” then we think “the structure is fine, we just need to help those who are outside feel more at home in the structure.

‘What those kind of units do is they shine a light on the structure and they help us to think about ways in which we can make the world not as unequal as it is. If the role of a University is to improve the world, then we need to question the structures that have made the world unequal’.

My final question is about allyship; seeing as 84% of Bristol’s student body is white, what can white students do to not co-opt and be good allies to the BME community. ‘Read would be the first thing, but also listen. I’m probably less sensitive because I’m older, but a lot of students talk about being asked to be the teacher, but you can’t ask fellow students to teach you. I don’t think there’s any malice when people say “I want to know what to do and say”, but the problem is you shouldn’t ask people who are constantly having a certain lived experience of discrimination to be the teacher. There’s lots of good books out there’

‘In the talk I defined allyship in the negative I said “if you advocate for something less than what you would expect for yourself then that is not allyship”. We have to keen reflecting on what we are doing, be critical of the structures that we have come to rely on. I think the first step is to read as much as possible, but also to learn and change’

Dr Adebisi is hosting the second “Forever Africa” conference, a conference celebrating pan-Africanism, this Summer. Her blog can be found at folukeafrica.com

Advice: how to manage being in a long-distance relationship at uni