At first glance Crystal Moselle’s Skate Kitchen could be thrown onto the production line of indie coming-of-age films, but under closer observation there is so much more to the story.

The film follows an outcast Long Island skateboarder Camille (Vinberg) on her way to becoming a part of the all-female skateboard posse Skate Kitchen in downtown Manhattan, a group Camille almost religiously follows on Instagram. Her move from the pits of Long Island to the swirling centre of Manhattan is geographically an insignificant one, but when it comes to Camille’s life it might be the biggest thing to ever happen to her.

Moselle took a massive risk with her casting. The members of Skate Kitchen, the all female crew in the film, are real life members of a group of skateboarders of the same name. Having actual skateboarders lends the film a powerful authenticity. When in the opening scene Camille goes through a horrific injury, the audience gets a sense that Vinberg herself has actually gone through an injury or two, and is way too familiar with hospital rooms. The benefits of having skateboarders being portrayed by people with extensive experience skating might not seem like a strong enough reason not to cast professional actors, but the group’s acting ‘virginity’ gives the film a much appreciated truthfulness.

Skate Kitchen ventures into exploring potentially feminist themes; what stands out about it the most is not the simple fact that it is about girls being girls - something women in popular media are not often granted - but its sincerity in doing so. From a somewhat awkward conversation about tampons, to minor details like blood stained bed sheets, the audience is constantly and subtly being reminded that they are in fact girls. It is these small details - the girls’ scars being real, their talks about boys, tampons and skateboarding - that make Moselle’s film an exceptional one.

The film’s only failure is the introduction of a male love interest, Devon (Smith). It seems as though the world is not ready for a story about a group of cool female skateboarders who are simply allowed to have fun around skate parks. The appearance of Devon creates tension in the group, with Camille undeniably attracted to him despite there clearly being history between Devon and Janay (Lovelace). This ‘climax’ seems unnecessary given the film’s overall gentle atmosphere. 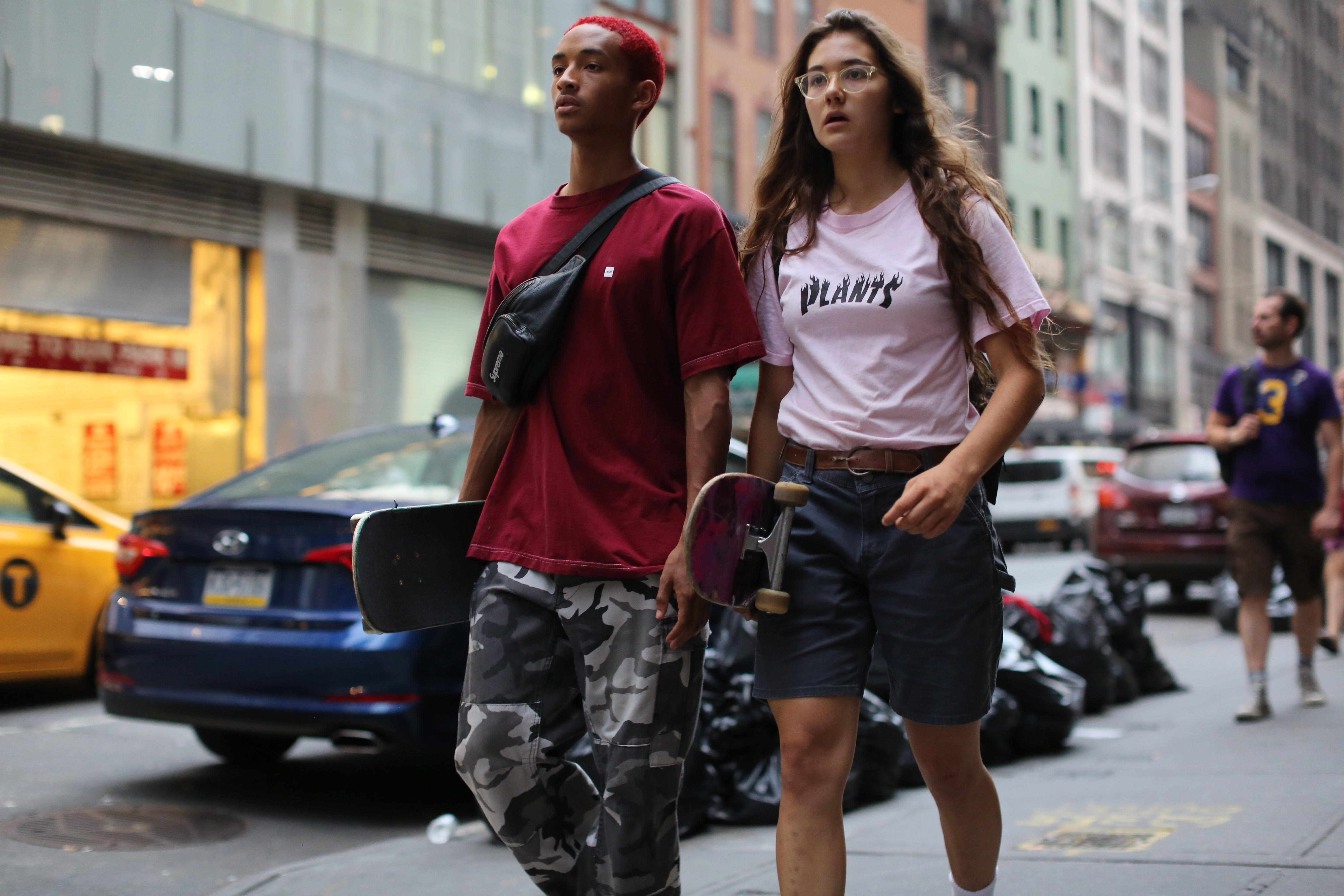 For once it would be nice to have a group of strong girls celebrated for their sick backflips and camaraderie rather than focusing on a love story that feels like an afterthought. Even though the romantic aspect of the film feels superfluous, Moselle should be acknowledged for managing to make it a minor note, still celebrating the strong girls and their skateboarding. Credit must also be given to the film’s cinematographer Shabier Kirchner, whose excellent work gives the film the unique rhythm and the tactful unfussy point of view that is so compelling. 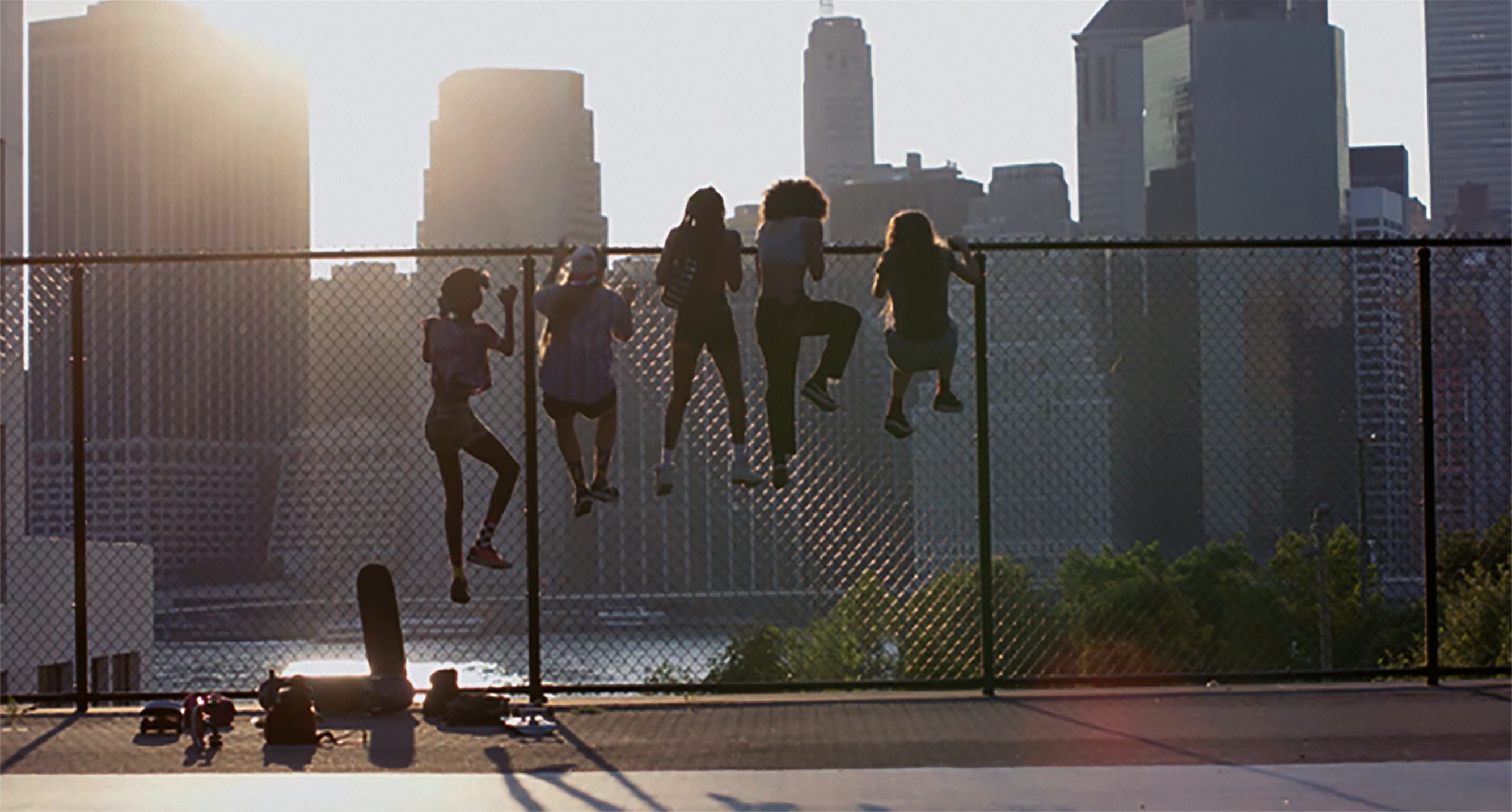 Skate Kitchen feels like that one last summer, the bold and exciting transition between being a child and an adult, the time when you can feel your carefree childhood slipping through your fingers. Speaking of transitions, it is refreshing to see a film dedicated to a group of talented young women, and what a group Skate Kitchen is. If the film is not enough of a celebration of their talent then just check their Instagram; one will surely be turned into a Skate Kitchen fan.

The last showing of Skate Kitchen is at Watershed, 5.30pm Thursday 11 October.

Do you wish you were as cool as the Skate Kitchen cast?