During a visit to Bristol by Jeremy Corbyn, Bristol West MP Thangam Debbonaire today stated a desire for Colston’s statue to be removed and Wills Memorial Building to be renamed.

Leader of the Opposition, Jeremy Corbyn MP attended an exhibition on the British Empire in Bristol’s City Hall today, as part of Black History Month.

In Bristol, Corbyn announced this morning that Labour would ensure members of the black community would be better represented in the national curriculum, praising the work of Paul Stephenson, a civil rights activist who was central to the anti-discrimination Bristol Bus Boycott of the early 1960s.

As part of his visit to Bristol West, Jeremy Corbyn is also speaking to Ujima Radio, a community station that is run for the Afro-Caribbean and BME community, primarily located in St. Pauls, north of Bristol city centre. 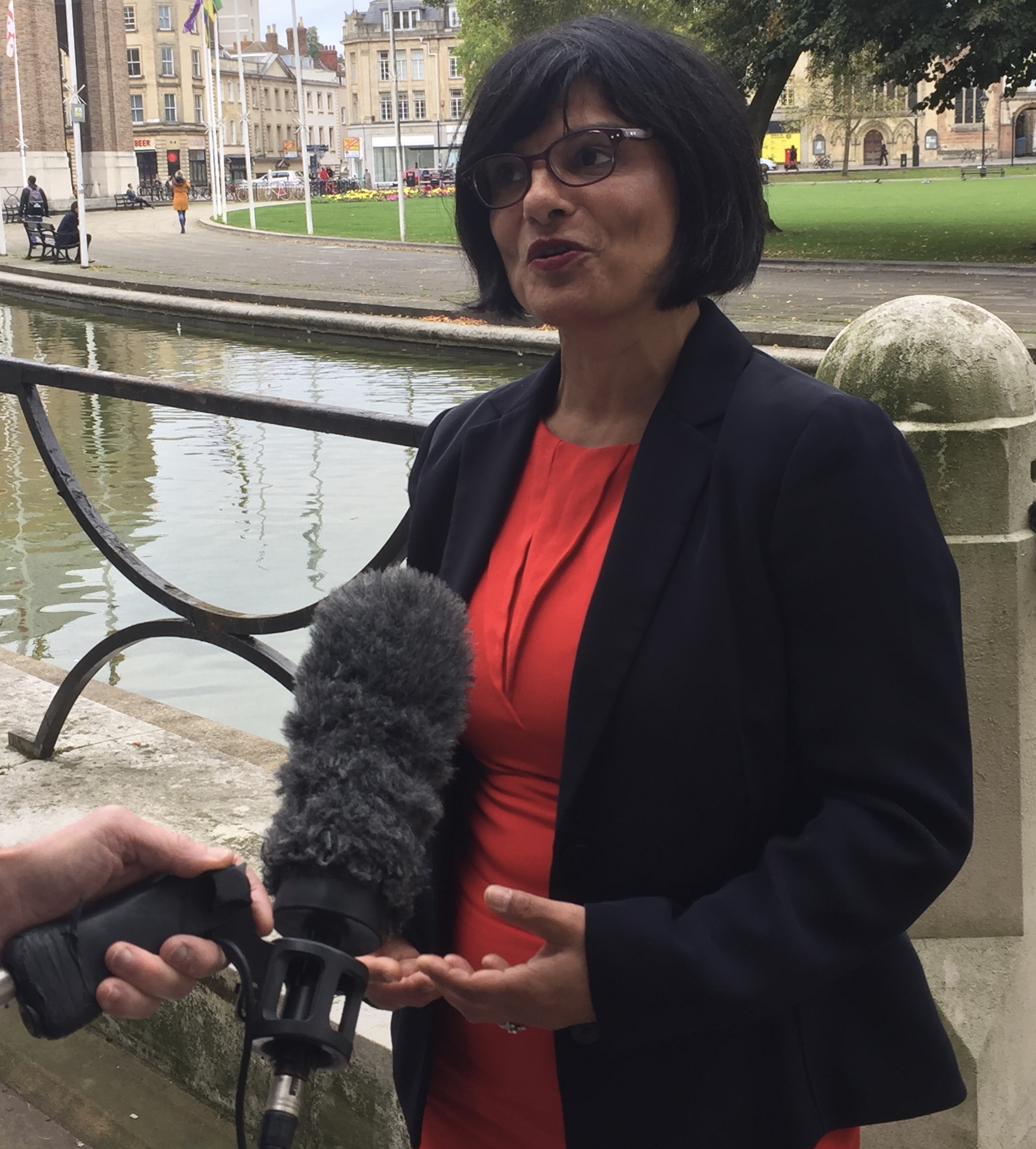 Labour MP Thangam Debbonaire, who welcomed Corbyn to Bristol, spoke of how Bristol as a city must amend its association with Colston and colonialism.

Debbonaire expressed a desire to see the Colston statue, located on Colston Avenue in the centre of the city, removed. Colston was a wealthy slave trader and has left a litany of schools, streets and buildings in his name.

Speaking in July this year, a spokesperson for the council said:

‘The view of the council is that keeping the statue in the public realm with the additional context provided by a plaque encourages further debate about these important issues concerning Bristol’s heritage’.

There is no current plan for the statue to be removed. In 2014, in a poll carried out by Bristol Post, 56 per cent of respondents voted to keep the statue in place.

However, Colston’s name and influence around Bristol has recently been downgraded and removed.

Interesting to see @jeremycorbyn in Bristol today and @ThangamMP desire to have Colston’s statue removed is definitely going to cause some controversy pic.twitter.com/Ds7J3XAy0V

Colston Primary School reopened this September as Cotham Gardens Primary School, whilst in June this year, the Lord Mayor of Bristol caused controversy by removing a 316-year-old portrait of Colston that has hung in City Hall since it opened in 1953.

Speaking in February this year, Ujima Radio presenter Jasmine Ketibuah-Foley said that she ‘would really like it if the statue was put in [a] museum’.

Thangam Debbonaire MP also suggested today that the University of Bristol’s Wills Memorial Building should potentially have its name changed, given that Henry Wills was a businessman whose tobacco company and profits were the product of slaves in the Carribean.

Debbonaire’s position goes against the University of Bristol’s decision to not rename the building as decided in July 2017.

Responding to the then-SU officers calling for a renaming of the building and a student-led petition, the University of Bristol said that:

‘After much reflection, we do not think it would be appropriate to rename the Wills Memorial Building or other University buildings’.

Although Thangam Debbonaire’s position to change Bristol West’s names and statues is new, there has been no official plans announced nor any detailed policy.

Do you think Wills Memorial Building should be renamed? Write for Epigram!

What to do, see, and taste in Tokyo