Sun, sea and reggae: Why festivals abroad trump those in the UK

Following her trip to Europe's largest reggae festival, Travel Editor Amelia Edgell-Cole discusses the benefits of a European festival over its UK counterparts.

There’s nothing quite like a British festival. Whether its losing your festival virginity at rite-of-passage Reading or skanking away to the pounding techno of Boomtown, it seems almost obligatory every Brit have their entire summer crammed with a back to back schedule of long rainy festival weekends. And as great as British festivals are, with their endless opportunities for dancing in a field clad in little more than a glitter bralet, seeing your favourite artists perform and meeting fascinating and bizarre people, there’s no denying they can also be an endurance test of rain, exhaustion and, sometimes unavoidably, misery.

Having spend half of last year’s Bestival marooned inside our tiny two man tent as the main arena flooded, I decided that this year a different approach was needed. The answer? Going abroad.

What could cheesily - but somewhat aptly - be called a ‘holi-val’ (combining ‘holiday’ and ‘festival’, in case you hadn’t already worked that out), a festival abroad has all the benefits of a British festival but with the pouring rain substituted for beaming sunshine and sodden socks swapped for flip flops. From Sziget to Hideout, the options when it comes to European festivals are seemingly endless; whether you want instant beach access or to wake in Spain’s scenic mountains, there’s a landscape - and accompanying lineup - for everyone. 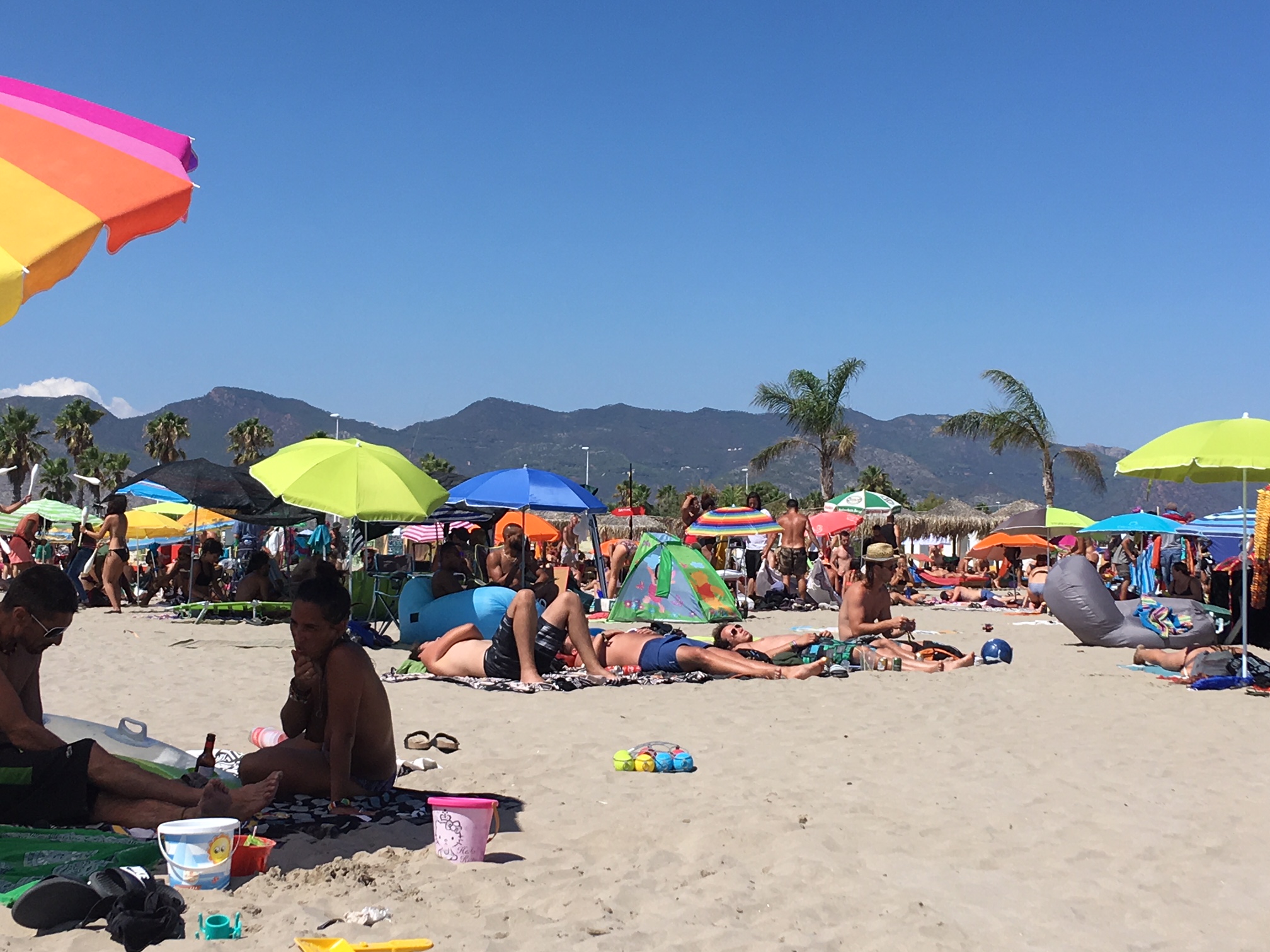 So, in search of my own holi-val, an alternative to the hoards embracing Gottwood and braving Bestival, I went to Benicàssim’s Rototom Sunsplash festival, the self proclaimed ‘best Reggae festival in Europe’, a ‘week of music, culture, peace, unity and alternative lifestyles’. Having spent my entire holiday thus far interning 9-5 (and wondering how I was ever going to hold down a job in the real world) Rototom posed the perfect break, combining lazy beach days with music filled nights.

As expected, the week flew by in a whirlwind of pina coladas on the beach, dips in the sea and endless dancehall, dub and reggae. Held against a stunning backdrop of the Desert de les Palmes mountains and pretty much parallel to a white sandy beach, the festival was less an endurance test in the mud more a place for actual relaxation in the sunshine. In other words, everything you would want from a holiday but with the added fun and entertainment of a festival.

It would be impossible to pick a single favourite moment. Whether we were lazing at the campsite playing card games and sheltering from the midday sun, or dancing away the evening to some of reggaes biggest names, there was never a dull minute. Favourites from the lineup included reggae veterans Alborosie and Protoje, as well as a hilarious and somewhat bizarre set from 67 year old dancehall DJ David Rodigan. From the Afrobeats of the African Village stage to the dub of the appropriately named Dub Academy, Rototom provided far more than just reggae but encompassed all variety of subgenre and was clearly a place anyone could enjoy. What's more, with daily dance classes, yoga and even a 'Reggae University' providing teachings on the background of the genre, the festival was far more than just its music. 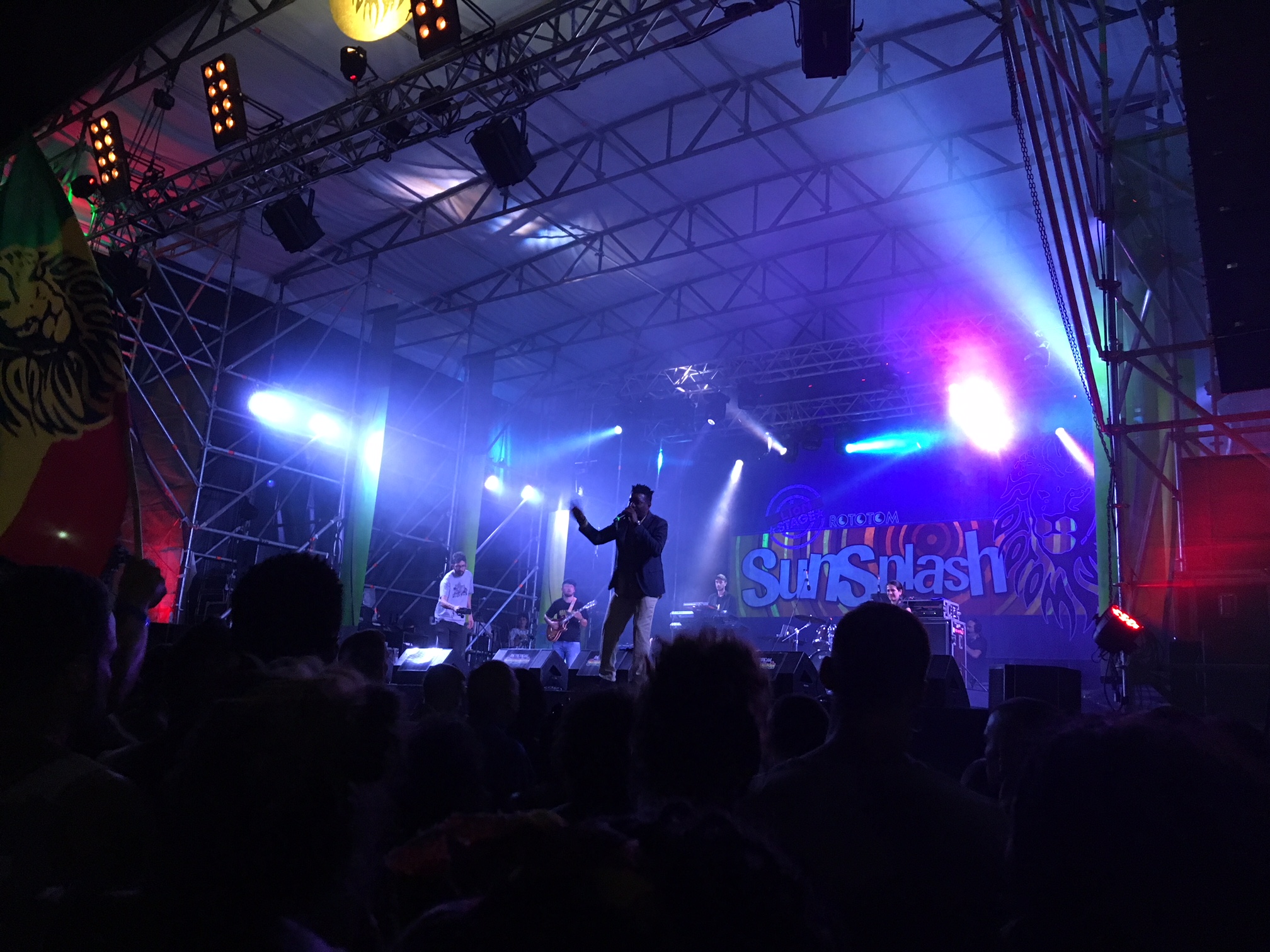 Food offerings on the site were equally as plentiful. Many a 3am hunger pang was sated with a falafel wrap or Pad Thai, but the star of the show was undoubtedly the famous Wayne’s Jerk Chicken which was definitely worth the 40 minute wait. Drinks came mainly in the form of €2.50 sangria which we devoured like juice - the alcohol content probably not being too dissimilar - but unlike other festivals I’d been to it didn’t feel like intoxication was the only method of survival. It was perfectly possible to take it easy both day and night whilst still enjoying the music and beautiful setting.

At just €190 (£172) for a 7 day ticket and flights around £200 return to Barcelona, Rototom is one of the cheapest holiday-cum-music-festivals you can find. More affordable than a sun-kissed Santorini getaway but with all the sun, and with all the music of Houghton minus the torrential flooding, Rototom was the perfect combination of relaxation and excitement.

After 12 hours of travelling, we returned home exhausted and slightly delirious, but happy, smiling and tanned. The takeaway message? Move over sodden socks and collapsed tents - European festivals are here to stay.

Want to share your festival stories? Get in touch! 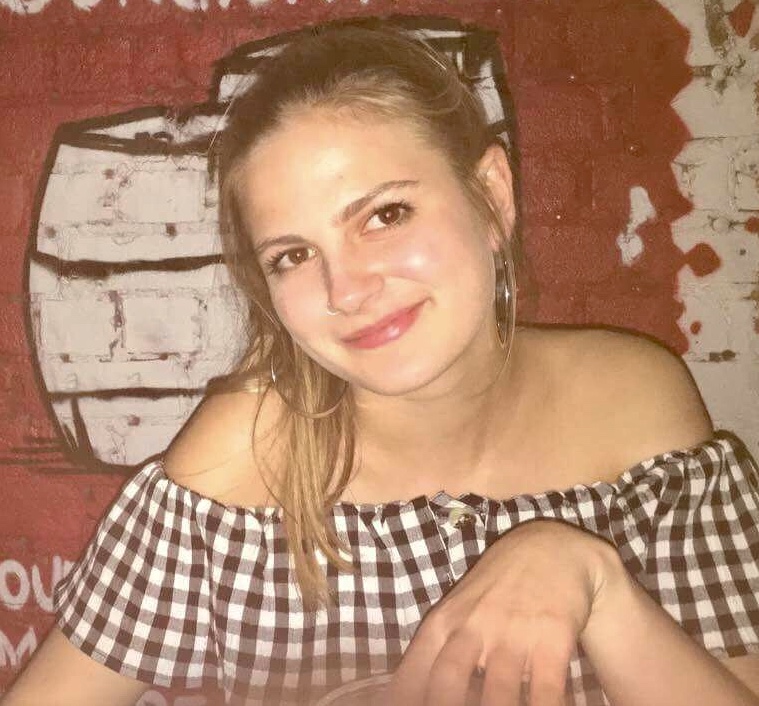