The Almondsbury Village councillor has only just been re-admitted into the UK Independence Party following a series of racist tweets about violence in London.

In the tweet, Winter told his 124 followers that Bristol was a "terribly awful" city after sunset, filled with "perverts and disease-ridden prostitutes from the local universities", referring to both the Universities of Bristol and the West of England in the city.

He claimed the cricketer Ben Stokes, who is currently on trial for affray following an incident outside Mbargos on the triangle, was "silly" for going out at night.

The councillor had been serving a 6 month suspension after using several racist slurs on his twitter feed. He has previously claimed that the Bristol Post is "communist" and that the "left wing media" must "stop being anti-white and biased". 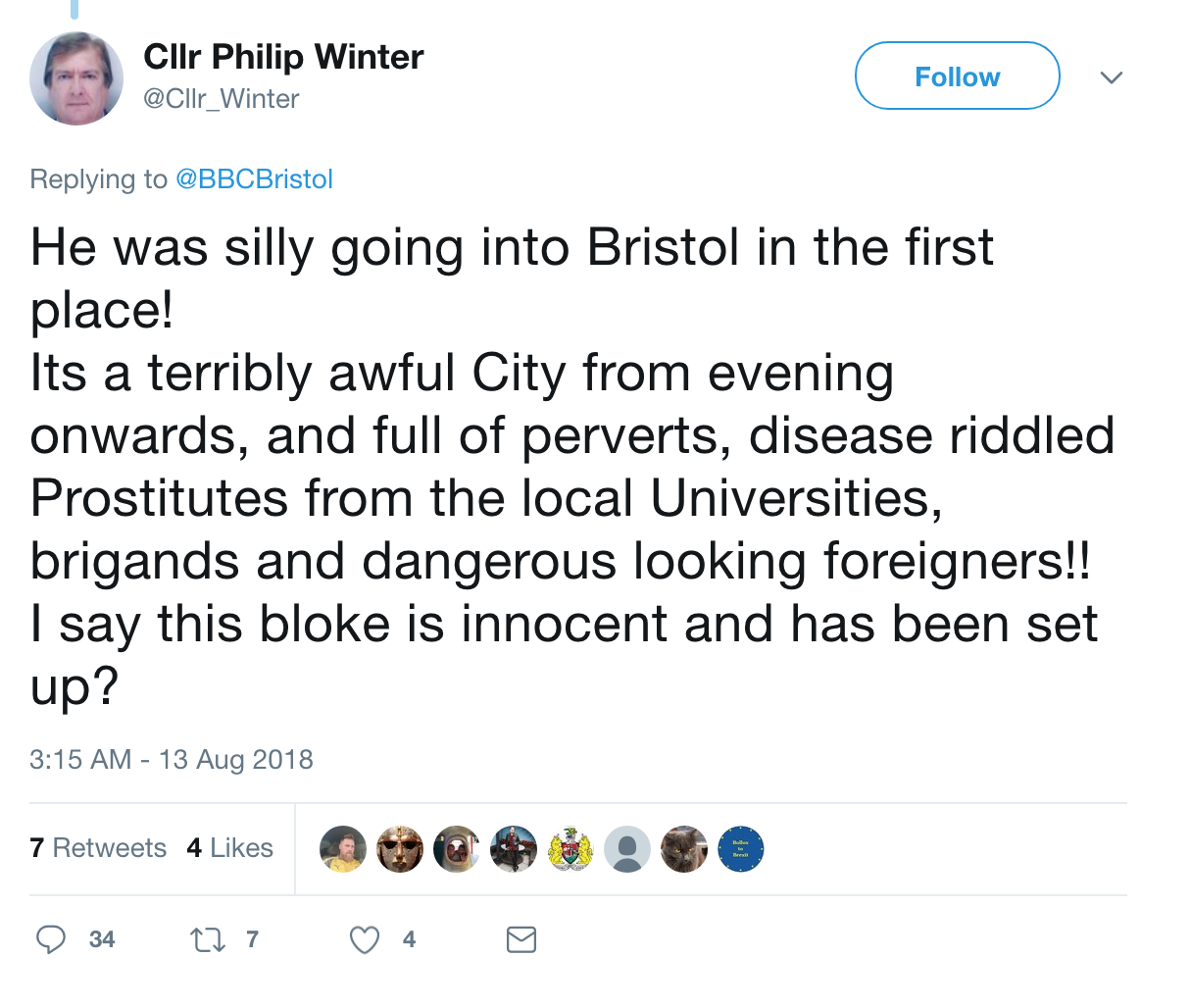 Bristol SU Equality and liberation officer Sally Patterson said: "Bristol SU strongly condemns the recent tweets written by UKIP councillor Philip Winter. His comments are offensive on every level, and it is shameful that views like this are held in the 21st century.

"The tweets are racist, xenophobic and reflect a dangerous narrative around immigration. We are proud of our students' contribution to Bristol, and proud to be apart of a city that is diverse and tolerant. Hate speech will not be tolerated here."

The World Cup: in review

The Summer 2018 Transfer Window and the Death Credulity