With their distinctive lo-fi sound and shouty vocals, Spanish indie rockers Hinds have been making waves since 2015. Mollie Chandler reviews their recent gig at The Fleece.

Seconds before their set, Hinds huddle behind the bar of The Fleece in a group hug. It’s the third date on their mini UK tour in support of their second album, I Don’t Run, released on April 6th. Arguably, Hinds have had a lot to prove. First emerging in the summers of 2015 / 2016, the band were incredibly hyped alongside other Spanish bands such as The Parrots. Their debut album Leave Me Alone (2016) unveiled their distinctive sound- lo-fi, simplistic, occasionally shambolic guitar with languid and shouty vocals which disguised their lyrics about heartbreak and loss.

With their new backdrop (‘Hello, we are Hinds and we are here to rock’) Hinds launch into album opener, ‘The Club’, immediately aligning themselves with their fun-loving, mischievous label. They don’t stagnate on the new songs as well, incorporating favourites from their debut such as ‘Chili Town’, ‘Easy’ and ‘Castigadas En El Granero’. The looped guitar riffs of ‘Soberland’ is classic Hinds, with lead vocalists Carlotta Cosials and Ana Perrote’s awkward but beautiful harmonies. They’re backed up by bassist Ade Martin and drummer Amber Grimbergen, the comradery of the girls indicated by their synchronised dance moves to ‘Echoing My Name’ as well as the huge smiles they all wear throughout the show.

Their setlist is brilliantly eclectic, dropping in their cover of ‘Caribbean Moon’ (check out the video for the original Kevin Ayers song on YouTube, it’s hilarious). The slowest, saddest song on the new album, ‘Linda’ is countered with fan favourite ‘Garden’- ramshackle, hazy indie that’s perfect for summer. Midway through their set, Carlotta speaks about how great their gigs are as she sees so many different kinds of people, simply coming together for music. What made Hinds so refreshing in the first place was their offer of something different in the face of repetitive, white-male indie bands. This is reinforced on ‘Tester’, the punchy highlight of their new album with the catchy refrain ‘Should I have known before you were also banging her?’ Again, new album song ‘Rookie’ is countered with the brilliant ‘Bamboo’. Originally co-released in 2015 with The Parrots, the band finish with their cover of The Headcoatees ‘Davey Crockett’, joined on stage by support band Baywaves (think of a Spanish Mac DeMarco mixed with Homeshake). 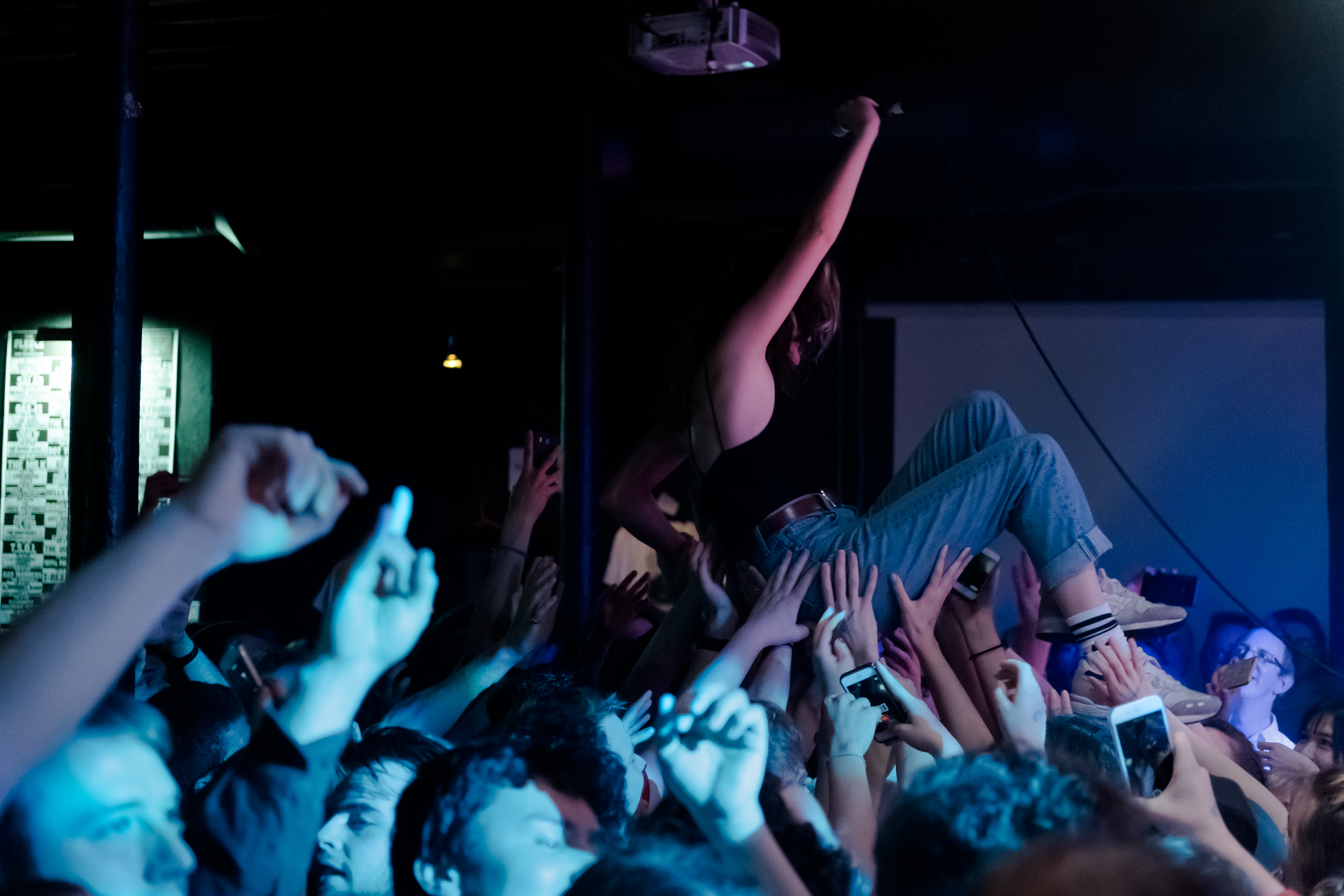 The crowd love Hinds and they’re back for an encore- ‘Finally Floating’ is a song about dreaming, with Carlotta and Ana’s overlapping vocals creating a hazy effect. ‘New For You’ is one of their most raucous singles and ‘San Diego’ is a perfect set closer with their chanted lyrics- ‘I’m staying, I’m staying!’ Although ‘I Don’t Run’ is very similar to their debut and doesn’t really offer anything new, Hinds are just here to have fun anyway.

Did you catch Hinds last month? Let us know!